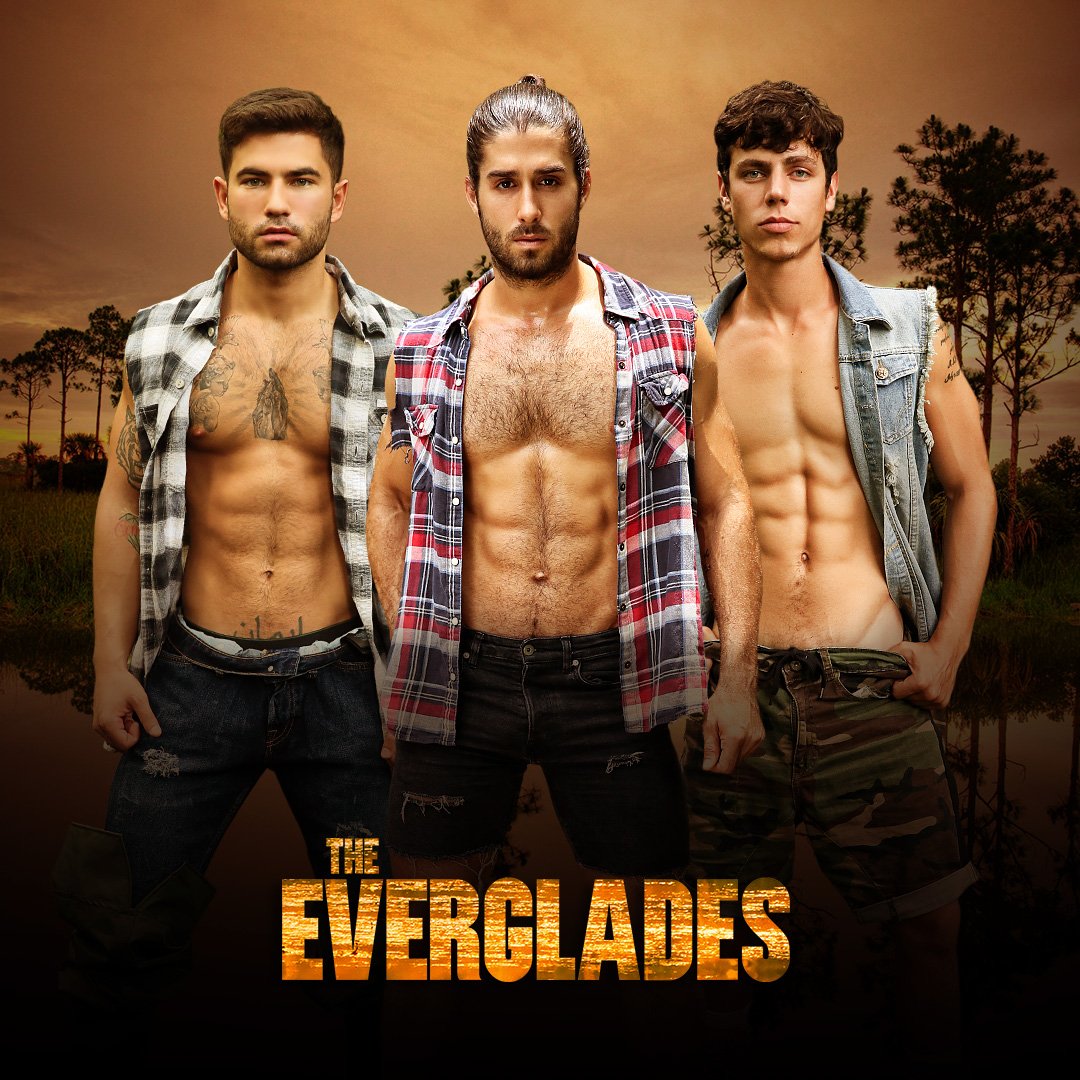 The film — starring Vadim Black, Diego Sans, and Kaleb Stryker — was shot on location in the Florida Everglades.

Director Marc MacNamara said that filming took place at an alligator pit, with the actors getting “close” and “personal” with the animals, Gay Star News reports.

Titled The Everglades, the film was shot in May and releases this week, and its trailer features various alligators walking and swimming through the Everglades.

But PETA objected to the inclusion of any alligators in Men.com’s shoot, telling Gay Star News that animals shouldn’t be forced to participate.

“No matter what humans are getting up to on set, wild animals should be left to their own private lives, never used as props or decorations,” PETA Director Elisa Allen said.

Allen continued: “They deserve to be spared the confusion, stress, confinement, and exposure to bright lights and loud noises that are inevitable on a film set — and the distress caused by shifting them from place to place — which is why PETA urges all film directors to work only with willing, human actors.”

However, MacNamara clapped back on social media, writing in a comment on Instagram that PETA was “seeking attention for something they know nothing about.”

He added: “Lies and misrepresentation spread quick. Gotta speak up with the truth of the situation.”

And in a series of tweets, MacNamara said that the animals weren’t “used as props,” but instead filmed in their natural habitat.

“The alligators were extremely curious about what we were doing,” he tweeted. “Some bi-curious. But it really was an amazing and thrilling experience to film!”

He then said that “[no] animals were corralled, moved or used as props.”

“No lighting was used. When they came near, we backed off to respect their natural migration & worked [with]  a conservationist to protect their habitat,” MacNamara tweeted.

He added that anytime a film shoot takes place outside, “animals might come near.”

“But they were documented not directed,” he wrote. “Respect, love and protect all animals. These alligators were absolutely majestic beauties and our priority was respect and non-interference with nature.”

As anytime u film outside – animals might come near. But they were documented not directed. Respect, love and protect all animals. These alligators were absolutely majestic beauties and our priority was respect and non-interference with nature.