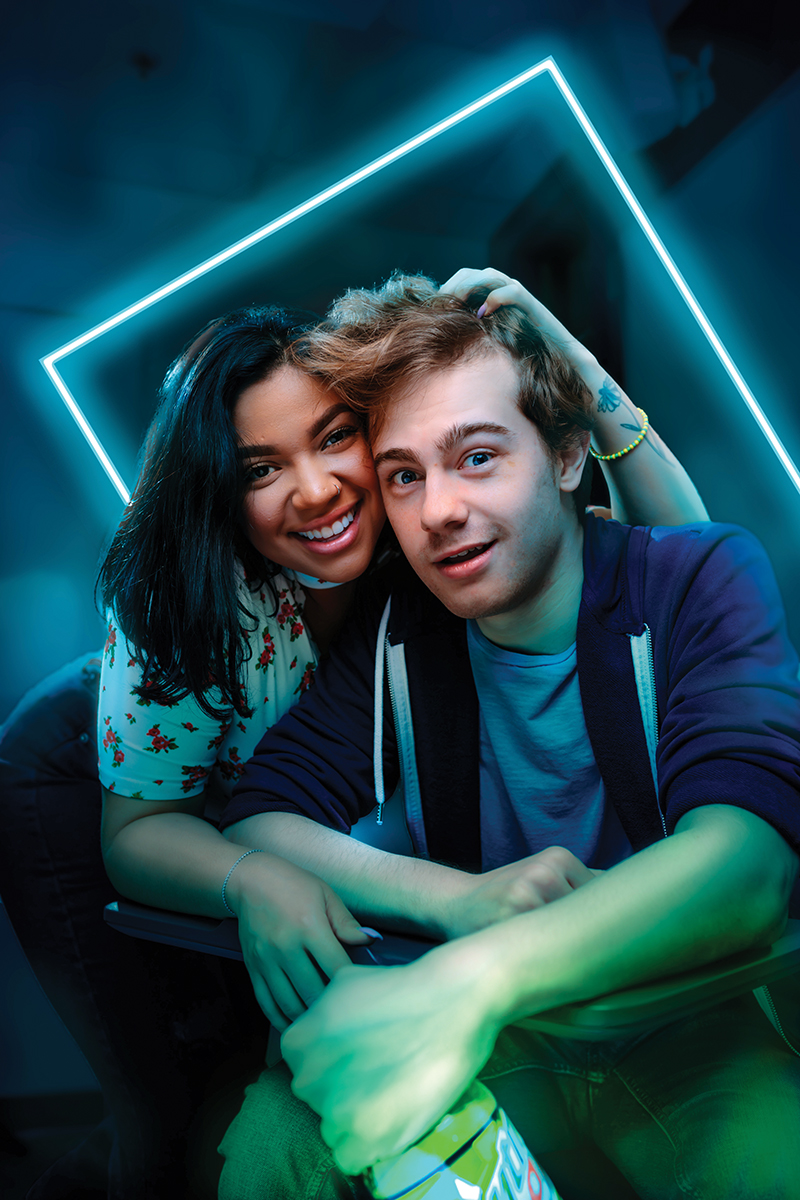 “The music is great, the story is lovely, but the original production of Be More Chill, and just the play itself, is very male-heavy,” says Izzy Smelkinson. That’s less the case in a new version of Joe Iconis and Joe Tracz’s Broadway musical, which Smelkinson is directing for Monumental Theatre Company.

“The entire production team is female-identifying,” she says. “And we’ve also gender-swapped one of the male roles — the robot — because [it] doesn’t necessarily need to be male. And at this time in our cultural climate, doing a show that didn’t have as many female-identifying humans as possible just seemed wrong.”

Having “female eyes on everything” has also helped boost the show in other subtle ways. “The show was written in 2012…and there is a scene that could possibly be triggering and offensive now, in 2019,” says Smelkinson. So Monumental figured out a way to get around that without altering a word of dialogue.

“We’ve sort of completely ignored some of the stage direction in the script and created our own thing, to make sure that nothing is offensive, or upsetting to anybody,” says Jimmy Mavrikes, Monumental’s co-producing artistic director.

Be More Chill is the story of a socially awkward teenage boy who lands on a pill that makes him cool, or chill. “It’s an ‘at what cost’ situation,” Smelkinson says. “It’s about the trials and tribulations of being in high school, and…what happens to friendships and things as you grow and evolve.”

The show generated a lot of buzz after an Off Broadway production last year led to both a move to Broadway and a major film deal in Hollywood. But Monumental was able to secure the rights to stage the show using the script from its 2015 debut in New Jersey. “When it got to Broadway, it got to feel all the Broadway feelings, and became bright and huge and big,” Smelkinson says. “We’re bringing it back down, almost to where it started in New Jersey, in a black box, with everyone around you, and really following the heart and story of who we are as people.”

Despite its high school setting, the show’s appeal — and Monumental’s production — extends to adults. There’s even a drinking game in the works for the late-night performance on Friday, July 19, at 10 p.m.

“It’s completely Monumental — something we do for almost every show,” Mavrikes says. “We add a drinking game and there are hoots, hollers, screams, what-have-you, all throughout the show. The actors are prepared that it’s not a typical show. It brings a whole new experience.”