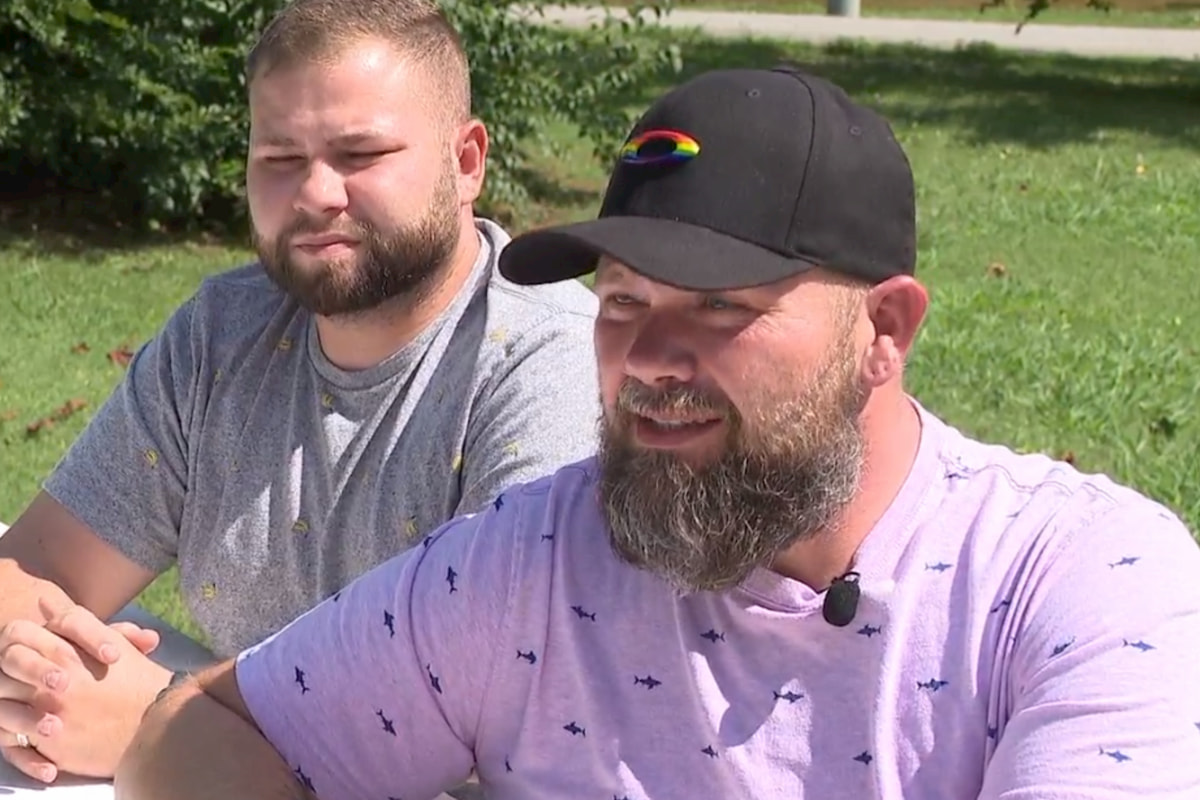 A pastor in Tennessee has reportedly refused to grant a funeral to a dying man because his son is gay.

The 71-year-old man, who has remained unnamed to protect his privacy, was refused one of his dying wishes because his son, Jessie Goodman, is gay and and engaged to partner Brandon Smitty.

Goodman’s father, who reportedly only has days to live, requested two things: that his funeral be held at Lee’s Chapel Baptist Church in Sweetwater, Tenn., and that his son sing “The Anchor Holds” during the service.

But Goodman told WTVC that when church officials found out that Goodman and his fiance would be involved, they refused permission for his father’s service to be held at the church.

“They’re punishing my dad for a lifestyle choice I’ve made,” Goodman said. “It’s not me up there in a casket. It’s him.”

He added: “As long as I was going to take part in any way, he [Goodman’s father] could not have his service there.”

Goodman said that he was told by longtime church member Daryl Morrow that he could attend the funeral, but his partner could not, “and that if he did come, he would be asked to leave.”

WTVC spoke to Morrow, who confirmed his belief that Goodman’s fiance should not attend the funeral, but added that the family should still be allowed to hold the service at Lee’s Chapel.

Goodman said that when his father found out that his funeral “wouldn’t happen” at the church, “he had a very hurt look on his face when we told him that.”

The church’s pastor, Jay Scruggs, refused to comment, instead saying he would only discuss the story after Goodman’s father had died.

The service will now reportedly take place at a funeral home in the Sweetwater area, with Goodman able to honor at least one of his father’s wishes: he will still sing “The Anchor Holds.”

Rhuaridh Marr is Metro Weekly's online editor. He can be reached at rmarr@metroweekly.com.
← Previous Story ‘Will & Grace’ revival canceled after three seasons, will end in 2020
Next Story → Georgia gay couple sues State Department over refusal to recognize daughter’s citizenship