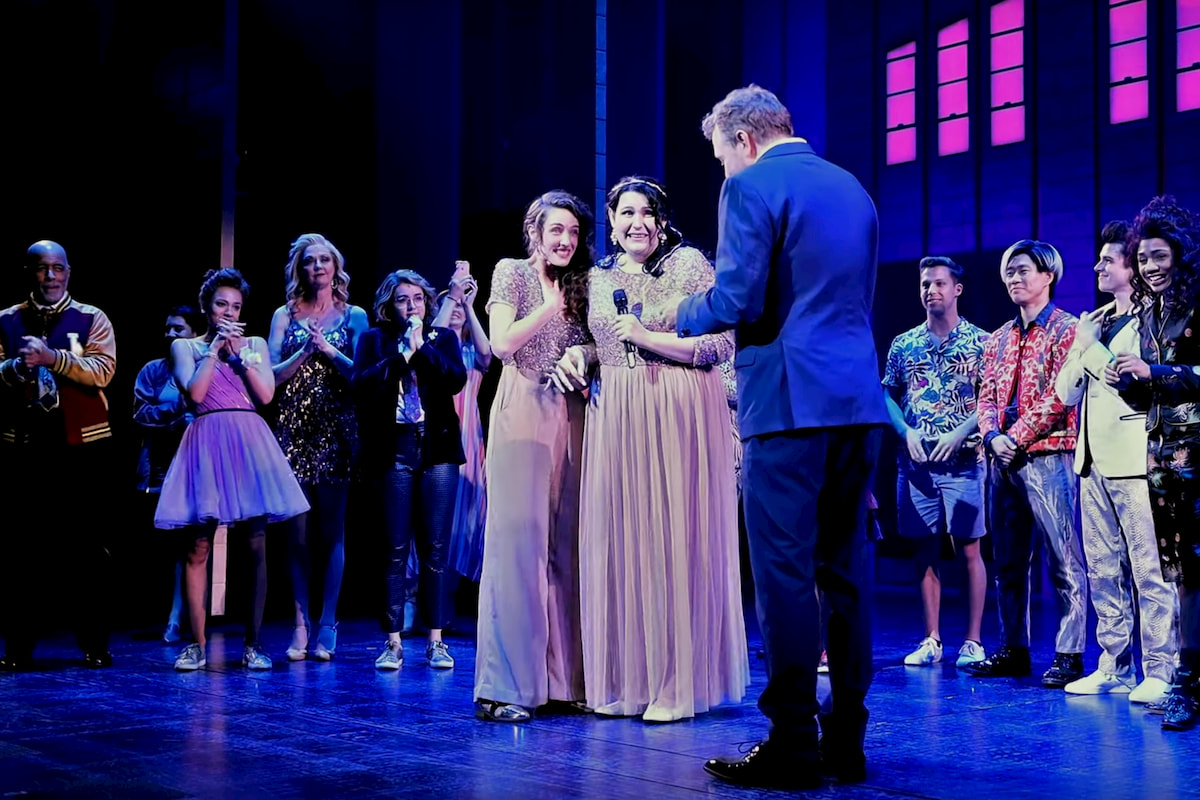 Lesbian-themed Broadway musical The Prom offered an incredibly special curtain call for audience members on Aug. 3 when a lesbian couple was married on stage.

The show, about four actors traveling to a conservative town after a lesbian high schooler is refused permission to bring her girlfriend to prom, is set to close on Aug. 11.

The cast and crew decided to bring some real-life joy to one of the final performances when crew member Armelle Kay Harper married her partner on stage — the first known instance of an on-stage wedding during a Broadway show.

Harper, a script coordinator for the show, was set to wed actress Jody Kay Smith (not affiliated with The Prom) in Smith’s hometown next month.

But after one of the show’s writers, Bob Martin, made a comment about marrying onstage, they realized the pro-LGBTQ and uplifting show was the perfect venue for their nuptials, the New York Times reports.

“There are so many shows where lesbians are secondary characters or the butt of the joke,” Harper told the Times. “We all love Fun Home, but it’s a drama. So The Prom is really unique in that it’s a celebration, and it’s funny without being at the expense of lesbians. It’s just so much joy.”

Martin was ordained online and, during Saturday’s curtain call, Harper and Smith exchanged vows in front of around 1,000 audience members, who cheered as they tied the knot.

today ended up not great but at least i witnessed a surprise wedding between two women at the prom musical pic.twitter.com/CaQhzrrsCW

i literally picked the best night in the entire world to go to the prom, there was a literal WEDDING on stage after curtain call and it was the sweetest thing i’ve ever seen and now i can’t stop crying

The couple met two years ago, after chatting for around 20 minutes on dating app Bumble.

“We’re both really witty people, and it’s hard to find someone who can keep up,” Harper told the Times. “But she really got me, and she made me laugh. Plus those blue eyes. What can you do? Gorgeous.”

Friends were initially surprised at how quickly the women’s relationship progressed — they were engaged after just 19 days — but their love for one another was evident when seeing them together.

“They’re almost like an old married couple already, and they’re not old,” Haley Tynes, a maid of honor at the ceremony, said.

Harper, who reportedly had an “incredibly homophobic” family environment growing up, said many of her family members would not be attending their planned ceremony next month. But that hasn’t held her back from pursuing married life.

Watch the ceremony below:

Christian dressmaker refuses to serve lesbian couple, tells them to be heterosexual