McCarthy, Haddish, and Moss can't save The Kitchen from descending into ridiculous, dreadful self-parody

By Randy Shulman on August 8, 2019 @RandyShulman 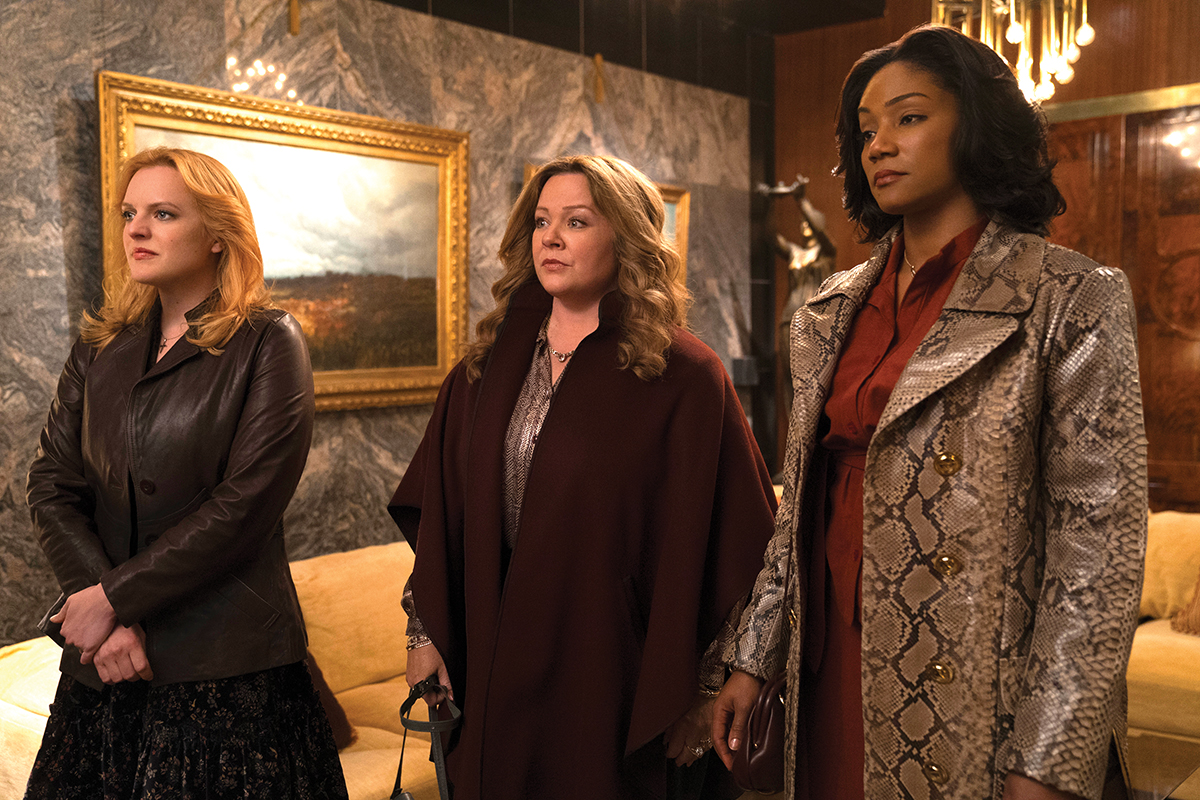 The Kitchen is what might happen if Sidney Lumet and Martin Scorsese had a secret love child who decided to follow in their famous filmmaking fathers’ footsteps and opted to direct a gritty, New York-based mobster movie. Except this secret love child would have inherited none of the inherent skills, dramatic intuition, or innate talent of said parents.

This is not to imply that Andrea Berloff, the director of The Kitchen, is completely without talent or skills. But it is meant to imply that they’re nowhere on display in her debut directorial outing. Maybe Berloff, acclaimed for her powerful screenplay for Straight Outta Compton, should steer clear of gritty, New York-based mobster movies in the near future. Or, perhaps, ever.

Based on a popular DC Comics graphic novel, The Kitchen (★) is set in the late ’70s, and follows three women who, after their mobster hubbies are scuttled off to the slammer for three years, are forced to support themselves. Rather than get normal, mundane jobs, they decide a life of robbery, extortion, and ruthless murder seems appealing and fun. So they go to war with the Irish mobsters who promised to take care of them while their spouses were in Riker’s, and miraculously succeed (with a little help from a ginger deus ex machina) in upending the current psychotic leader, Little Jackie (Myk Watford, an expert at playing one note), and making Hell’s Kitchen their own felonious playground. It’s not the kind of playground where you might want to raise your kids, but hey, nothing’s perfect.

The movie’s first — and probably biggest — problem is its rapid-fire clip. Rarely is the narrative given time to breathe, evolve, develop. Everything sprints forward in a mad dash to the 1 hour, 40-minute finish line. Rarely do scenes exceed a minute or two, and when they occasionally do, you wish they’d be put out of their misery. 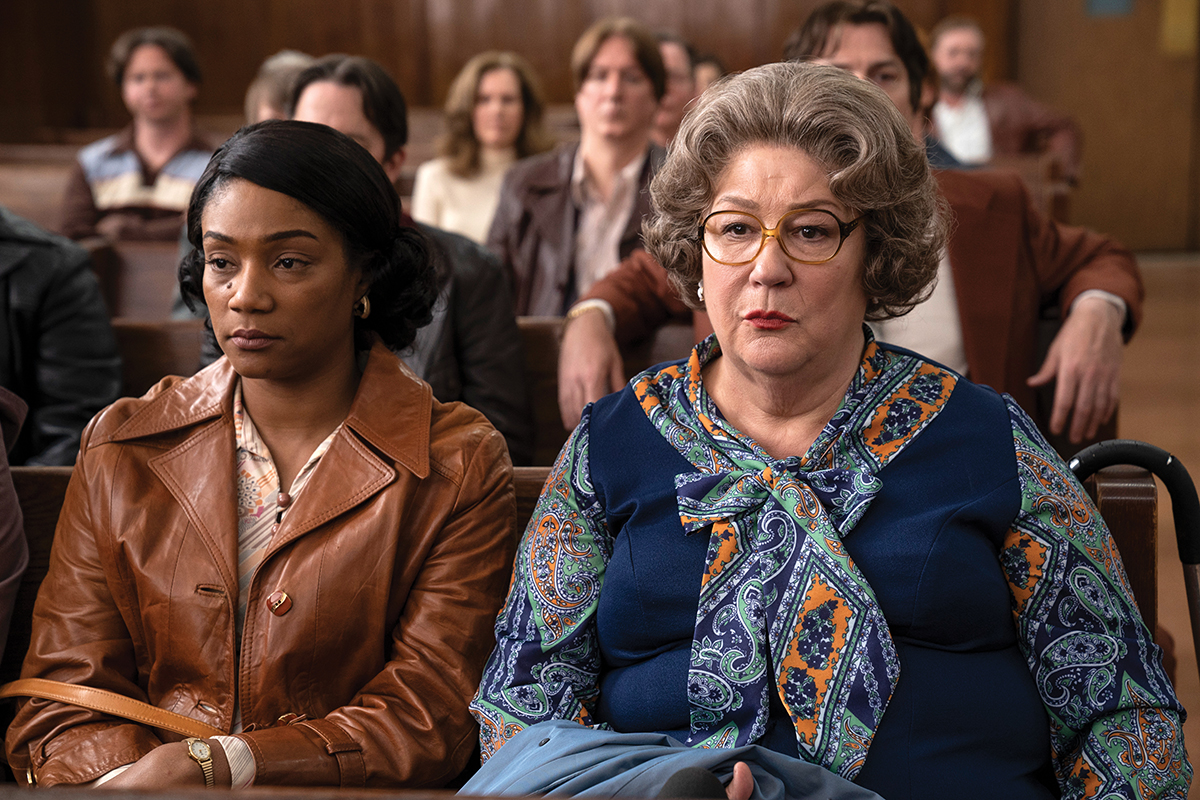 Watching the film is both infuriating and exhausting, made worse by the fact that it attempts to trumpet itself as a rallying cry for female empowerment. Not that I don’t enjoy a brutally satisfying “women take the upper hand and show men how it’s done” story — I point to 2018’s gripping, gorgeously acted Widows as a master class in the genre — but The Kitchen tramples the ground Widows so artfully, expertly trod.

We don’t care a good gosh darn about the three leads, and stars Melissa McCarthy, Tiffany Haddish, and Elisabeth Moss, do their best to ensure we never do. Haddish gives a performance of more profundity in the glorious Netflix cartoon Tuca & Bertie. McCarthy deploys two expressions — quiveringly vulnerable and super-extra tough — swapping between them as though she were product-testing hot and cold faucets. Moss simply plays a version of her Handmaid’s Tale character, except with no glowering, soul-stinging extreme closeups, and with the ability to vindicate her perpetually abused self with a loaded firearm.

Frankly, the talented trio must have realized at some point that Berloff had no clue what she was doing behind the camera, so they just gave up trying. They gamely played along because, you know, contracts, paychecks, those kinds of things. And so, The Kitchen evolves right before our very eyes into absurdist camp. Should we really be laughing hysterically when their henchman Gabriel (Domhnall Gleeson, in the movie’s only enjoyable performance), casually instructs the gals in the art of carving up a body like it were a filet of beef? (“You have to puncture the lungs, so it doesn’t float when you take it to the river” he says, wielding a knife the size of a forearm.) Maybe The Kitchen was meant to be a parody all along — of mobster films, as well as those stupefying police procedurals that once dominated the 1970s airwaves before TV actually got watchable. 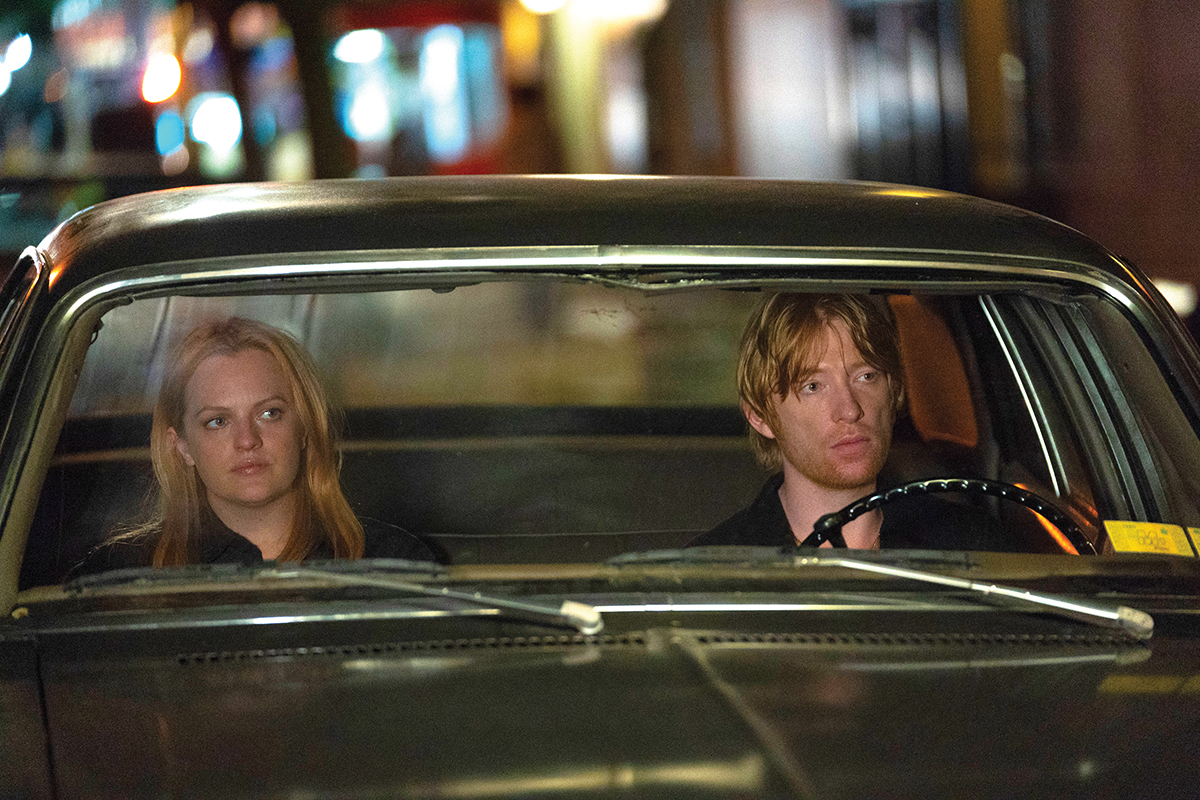 You keep hoping The Kitchen will suddenly change midstream and lift itself out of the mire, like Trump’s presidency. But it only gets worse. And by the time an aggressive twist of such idiotically epic proportions is revealed, all hope is lost. The hapless tardigrades now littering the moon have more intelligence than this film.

The Kitchen won’t harm the careers of its stars — including the normally (but not here) fantastic Margo Martindale. They’re shielded by the fact that we know they can (and will) do better. But it should stop the directing career of Berloff in its tracks. Unless, that is, the movie makes a tidy profit this weekend. In which case, it’s on you for paying hard-earned money to see it.

The Kitchen is rated R for profanity and violence and opens Friday, August 8, at theaters nationwide. Visit www.fandango.com.