Trump said he was "honored" to receive the endorsement, ignoring a question about his administration attacking LGBTQ equality 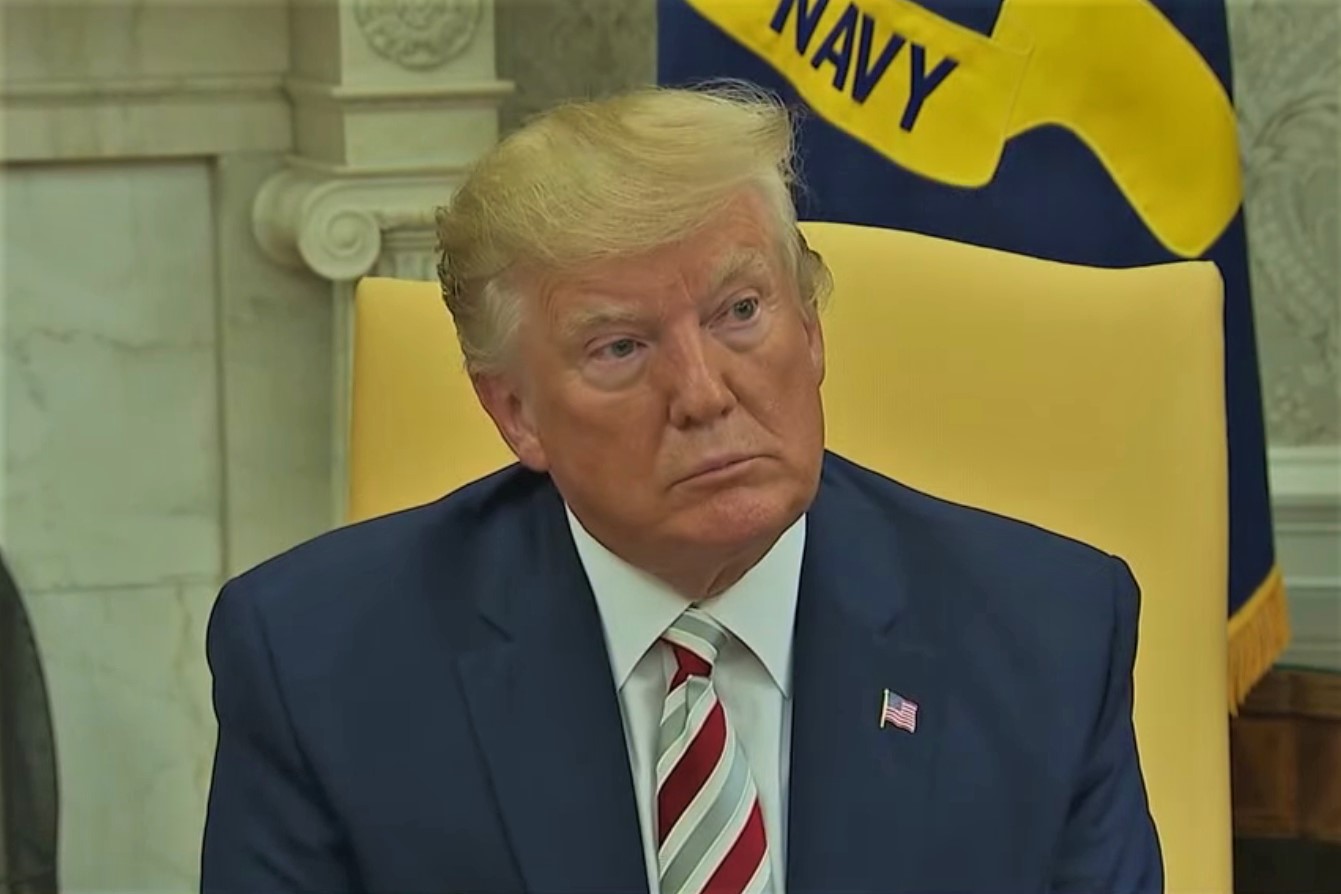 Donald Trump is using a recent endorsement by an LGBTQ Republican organization to excuse his administration’s anti-LGBTQ actions.

The Log Cabin Republicans — the nation’s largest and oldest LGBTQ Republican group — endorsed Trump for reelection in 2020, saying that his administration has taken “bold actions that benefit the LGBTQ community.”

The was met with derision from LGBTQ people and even some of LCR’s own members, due to the Trump administration’s various and sustained efforts to rollback LGBTQ rights and protections.

Three high-profile Log Cabin members have announced their resignation from the group, with one saying there was “no world where I can sit down at the dining room table and explain to my children that I just endorsed Donald Trump for president.”

Trump, meanwhile, used the endorsement to avoid discussing his anti-LGBTQ actions at a press event on Tuesday, Aug. 20, saying he was “honored” to receive it and telling reporters that gay businessman Peter Thiel and others “like the job I’m doing.”

Trump was asked by a reporter about steps his administration is taking to “make it easier to discriminate against LGBT people in the work force.”

“Are you okay with this?” the reporter concluded.

Trump neatly sidestepped the question — and the fact that his administration has repeatedly and consistently attacked LGBTQ rights on a number of fronts — by referencing the Log Cabin endorsement.

Watch that word salad response below:

REPORTER: Mr POTUS, your administration has been taking steps to make it easier to discriminate against LGBT people in the workforce. Are you okay with that?

GLAAD responded to Trump’s comments by noting the number of times his administration has targeted LGBTQ people since he took office.

“Trump has not ‘done very well’ with the LGBTQ community,” GLAAD wrote. “In fact, he and his administration have rolled back protections and targeted LGBTQ people 123 times since 2017.”

Trump has not “done very well” with the LGBTQ community. In fact, he and his administration have rolled back protections and targeted LGBTQ people 123 times since 2017. https://t.co/wSHvAiafJt

The Trump administration recently announced plans to make it easier for federal contractors to discriminate against LGBTQ workers.

In a proposed new rule, contractors — including businesses and schools — could fire or refuse to hire an LGBTQ person just by citing a religious objection to their sexuality or gender identity.

The administration has also urged the Supreme Court to make it legal to fire transgender people, arguing that they are not protected by federal law.

In a brief to the court, the Trump administration said that employers are within their rights to terminate a trans person’s employment because they aren’t protected under Title VII of the Civil Rights Act — which bans discrimination based on sex.

Editor’s note: This article was updated to include comment from GLAAD.