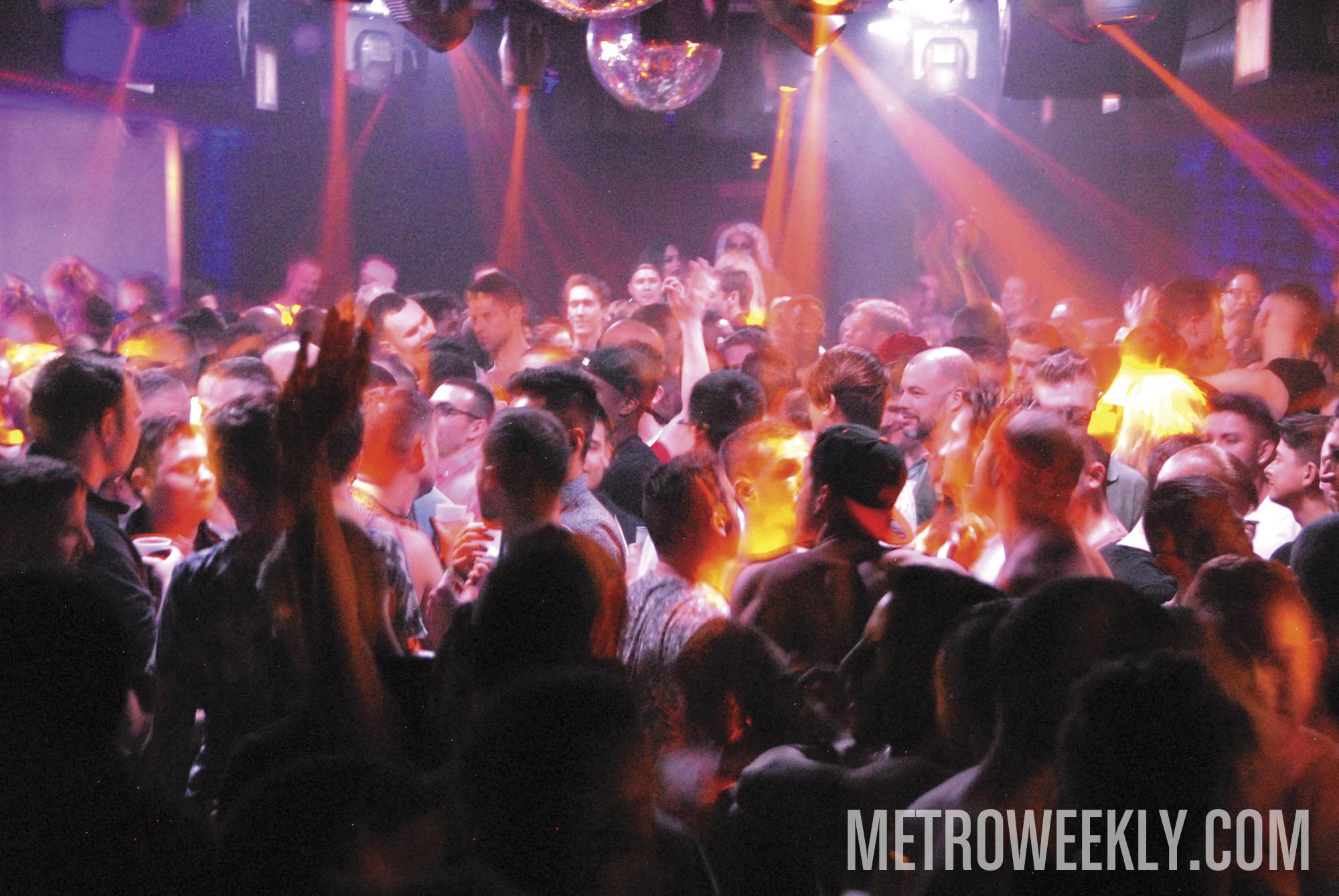 In case you were wondering, there is not, in fact, a new queen on the scene named Chanellie. Rather, Chanellie is the name of the game at Nellie’s Drag Brunch ever since Chanel Devereaux ascended to the throne as queen of queens for the venue’s popular brunch. This weekend, Devereaux will slay, sashay, and serve alongside Alexa V. Shontelle, Deja Diamond Jemaceye, Alexiya-nycole Davenport, and Sapphire Ardwick Ardmore-Blue at four different shows and seatings for the All-You-Can-Eat Brunch Buffet, which includes roast pork, vegetarian pasta, cheesy grits, soups, salads, fruit, and dessert. Also included in the ticket price is everyone’s first mimosa or mary mixed by “your favorite shirtless bartender,” Andrew Sweeney. Seatings are Saturday, Sept. 28, at 11 a.m. and 12:45 p.m., and Sunday, Sept. 29, at 11 a.m. and 1:30 p.m. Ages 21 and up. Nellie’s Sports Bar is at 900 U St. NW. Tickets are $41.91. Call 202-332-NELL or visit www.nelliessportsbar.com.

Every Friday night brings a different kind of drag than the standard fare at the DC Eagle, as a flock of resident drag queens take to their perch in the second-floor Exile to put on an over-the-top show after 10 p.m. for all those 18 and older. In addition to Brooklyn Heights, Iyana Deschanel, Sasha Adams Sanchez, and Crystal Edge, the flock for the show this Friday, Sept. 27, also includes special guests Miss International Queen Jazell Barbie Royal, Tiffany Starr, Katja Attenshun, and Chasen D Attenshun, and is styled as a kind of unofficial kickoff to the next day’s National Trans Visibility March. DJ Icy Funk will stir the show queens and the dancing crowd along with Gogo Daddy Reno. The Eagle is at 3701 Benning Rd. NE. Tickets are $10. Call 202-347-6025 or visit www.dceagle.com.

‘Tis the season for beer drinkers, with an Oktoberfest celebration happening in seemingly every other neighborhood, if not every other block. Many of these German-inspired festivals run all weekend long, over multiple weekends — which is certainly the case with the 5th annual shindig launching this Friday, Sept. 27, at NoMa’s popular secluded beer garden. Better still, Wunder Garten will present another dedicated queer night on Thursday, Oct. 3. As with other nights during the seven-day festival, LGBTQ partygoers can choose to drink various German and German-style beers on tap, and can also eat authentic German fare served up from Capitol Hill’s Cafe Berlin, among other food vendors. The party runs from 4 p.m. to midnight. Wunder Garten is at 1101 First St. NE. Visit www.wundergartendc.com.

The last Saturday of the month at Trade, DJs Adam Koussari-Amin, Dvonne, and Jeff Prior spin vogue house, “queerstep,” and other harder pop/EDM-focused tunes than the average gay party. Starting at 10 p.m., CTRL: QWERTY welcomes newcomer Cake The Drag Queen as its featured performer this Saturday, Sept. 28. Trade is at 1410 14th St. NW. No cover. Must be 21 or older. Call 202-986-1094 or visit www.tradebardc.com.

Ellie Brigida and Leigh Holmes Foster of the LezHangOut podcast present “a night of talking, laughing, loving, breathing, etc., and a chance to win a big gay prize.” That is, if you and yours are proud, card-carrying experts on all things Ilene Chaiken and the fictional lesbian milieu she created for Showtime. Poet and event producer Jennifer Eden hosts the trivia competition featuring teams of two to six people, held in the “classy, upscale queer womxn’s lounge” and safe space on the second floor of Shaw’s Italian restaurant Al Crostino. SMYAL will receive a portion of proceeds from the Thursday, Oct. 3, event that starts at 6:30 p.m. XX+ Crostino is at 1926 9th St. NW. Tickets are $15. Visit https://xxcrostino.com.