''It: Chapter Two" scares up king-sized helpings of humor and horror in its overlong conclusion 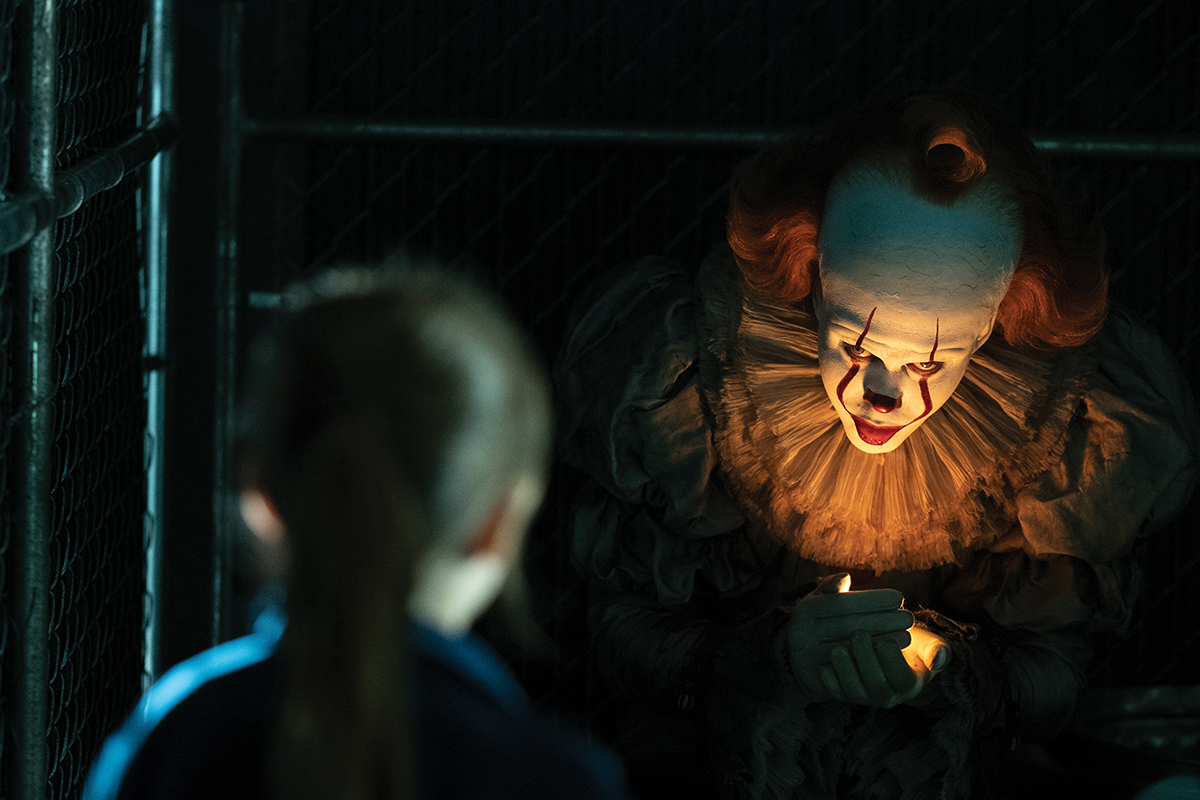 The seven indomitable Maine youngsters who battled evil and sent it crawling back into its hole in the hit film adaptation of Stephen King’s It vowed they would return to finish the job should the monster they faced ever come back to the tawdry, little town of Derry.

Twenty-seven years later, evil has indeed returned to Derry in It: Chapter Two (★★★), the sometimes thrilling conclusion to the horror saga. So, like a bat-signal, a call goes out to reconvene the affectionately-named Losers’ Club, who make their way from wherever they are as adults back home, hopefully to defeat It for good. Easier said than done.

The Losers’ Club’s mission to vanquish the evil It — still personified by murderous clown Pennywise (Bill Skarsgård) — will involve each Loser undertaking an arduous quest, through flashbacks and terrifying visions, to chase down mementos of their tortured history in Derry. Director Andy Muschietti, who guided the first film to record-breaking box office success, takes his sweet time reestablishing the Losers’ warm hangout dynamic, then conveying each individual along his or her bloody, frightening journey. 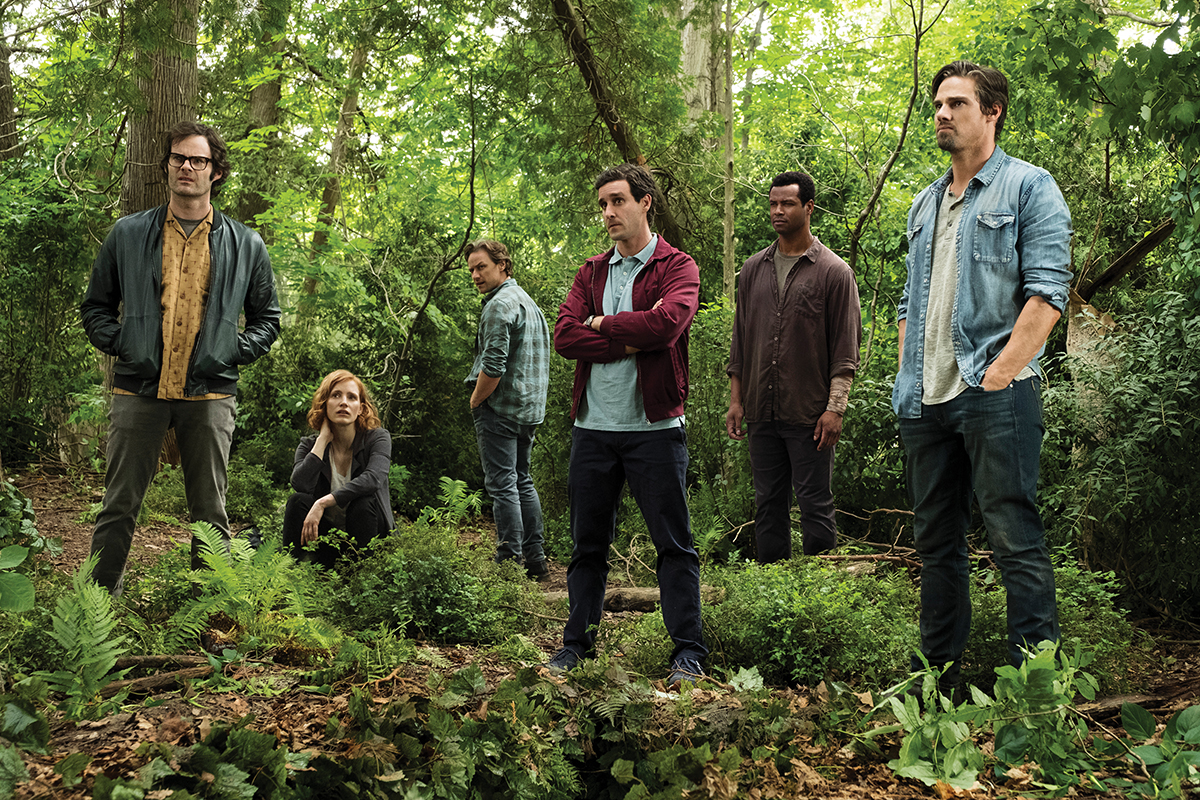 For the most part, it’s time well-spent in the company of both the adult ensemble and their younger counterparts. The movie gains a lot from the return appearances of the solid young actors who gelled so appealingly as a group in the 2017 blockbuster. As Chapter Two continues to develop the tale of what happened to the Losers after they walked out of Pennywise’s lair, and eventually out of each other’s lives, the kid actors get to play intriguing new shades of their characters.

And the film, adapted from King’s bestseller by screenwriter Gary Dauberman, does a remarkably good job with the hand-off between the two age-split ensembles. Fluid editing and inventive graphic transitions keep all the respective backstories on track, and help connect the kids to the adult actors taking over the roles. Physical resemblance helps, but it’s in their performances that Finn Wolfhard and Bill Hader, for example, so strongly convey the character Richie “Trashmouth” Tozier, at two very different moments in the same lifetime.

The one member of the Losers’ Club who’s spent his entire lifetime in Derry is Mike Hanlon, played as a kid by Chosen Jacobs and as a troubled adult by Isaiah Mustafa. On the page, Mike would seem to be perhaps the most compelling member of the seven, cursed as he is to remember every disturbing detail of the Losers’ Club facing It, while his friends who all left Derry were able to forget. In the film, Mustafa, given plenty to do in driving the plot, is unconvincing as Mike, which might work for a while since his friends are all skeptical of Mike’s feverish claims that they’ll need to perform some arcane ritual to oust Pennywise from Derry. 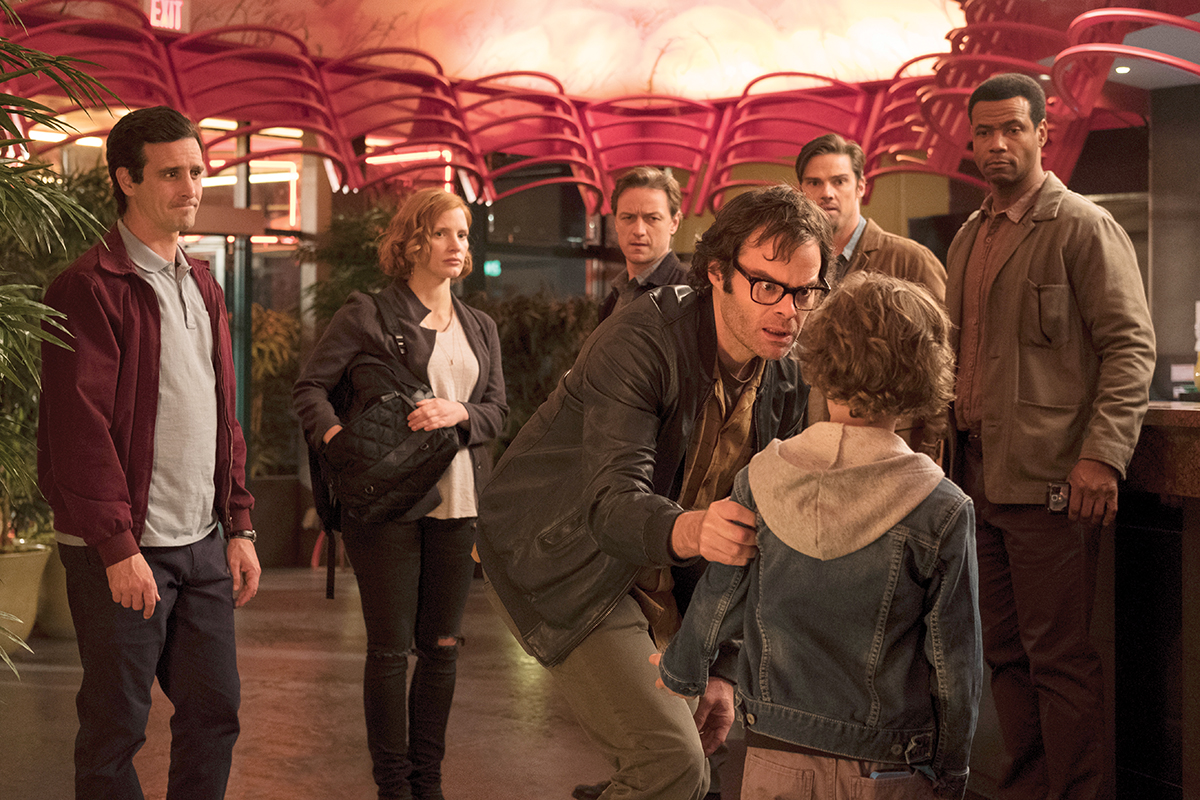 Ultimately, though, the performance slides towards camp badness, in a movie that tries and succeeds at being funny when it wants to be, usually when Bill Hader or James Ransone, as grown-up hyper-worrier Eddie Kaspbrak, are mid-banter or mid-scare. Muschietti also adds amusing cameos by King and legendary director Peter Bogdanovich — as himself, apparently — amid cool visual references to Ridley Scott’s Alien and John Carpenter’s The Thing, among other famous flicks.

Chapter Two doesn’t seem to want to be as flat-out scary as its predecessor in contemplating the bogeymen hiding in the shadows, or waiting at home. The Losers are all coping with, or in denial about, many of the same demons in their adult lives that they faced as kids — bullying, alcoholism, abuse, even homophobia — but Pennywise doesn’t hold the same power over them, or the audience, though he tries.

As with the younger Loser actors, Skarsgård is offered the chance to do something different in this installment, in and out of his effectively ghoulish Pennywise face paint, and he creates several moments that might fuel nightmares. Pennywise haunts every corner and carnival ride in Derry, aided by eye-popping, phantasmagoric creatures, unleashed in some heart-racing, though not extended, chase sequences.

Where the movie feels extended beyond any sense of fear or tension is in its long — and we mean long — final act, which takes on a gruesome Goonies vibe as the Losers hunt down the origins of It. Not even Oscar nominee Jessica Chastain, as grownup Beverly Marsh, the Losers’ lone female member, can save this good horror movie from plowing into the dock as it lurches toward its final destination amid a CGI stupor of supernatural lights and ectoplasm.

It: Chapter Two is rated R, and opens in theaters everywhere on Friday, September 6.

André Hereford covers arts and entertainment for Metro Weekly. He can be reached at ahereford@metroweekly.com. Follow him on Twitter at @here4andre.
← Previous Story Film Review: Vita & Virginia
Next Story → ‘Vision Portraits’ chronicles the creative paths of blind and visually impaired artists