By John Riley on September 27, 2019 @JohnAndresRiley 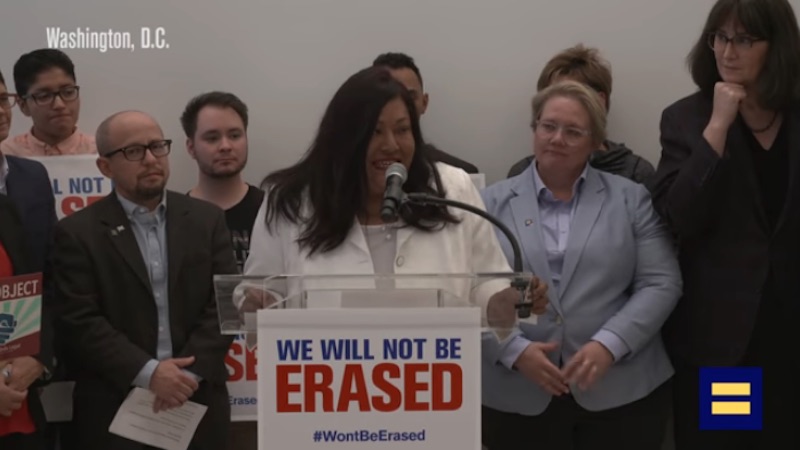 The Human Rights Campaign has announced the launch of several new initiatives designed to specifically meet the needs of the transgender community, with emphasis on community members who are impacted by racism, sexism, and transphobia.

The announcement comes the day before the National Trans Visibility March, which is expected to draw more than 4,000 transgender people and allies to Washington, D.C. on the morning of Sept. 28.

Alphonso David, who recently became the first person of color to head the Human Rights Campaign, is expected to attend and speak at the march, along with several other speakers.

“We are in the midst of a national crisis,” David said in a statement. “People are dying, and the response must be swift, strong, and rooted in solutions the transgender community is rightfully demanding.”

He continued: “In meetings with activists all over the country, time and again I have heard about systemic failures that are pushing many transgender people out of a job, on to the streets and into desperate and dangerous situations for survival.

“Through this new initiative, we aim to help change these realities. Change will not come overnight and it will not come from any single organization or person. But the Human Rights Campaign will be a part of the work to help build the capacity of leaders already on the frontlines of this fight.”

Over the past 10 years, HRC has become more vocal about transgender-specific issues, advocating for passage of nondiscrimination protections in various states, and calling out anti-transgender violence, particularly that which targets transgender women of color.

But the organization realizes it has more work to do to address the barriers to employment, housing, and safety that transgender people face in their daily lives.

And at least 20 transgender people in the United States have been killed so far this year, 19 of whom were women of color — underscoring the severity of the epidemic of violence affecting trans people in this country.

To address some of these issues, HRC’s new initiatives will focus on economic empowerment, capacity-building programs, the establishment of targeted task forces in places with high rates of anti-trans violence, and expanded public education campaigns.

As part of its push for economic empowerment, HRC will partner with the national job placement and workforce development organization Trans Can Work.

Through that partnership, HRC hopes to match transgender people with job opportunities by holding trainings and career fairs in five major U.S. cities over the next year.

HRC is also expanding its professional development programs for transgender advocates, activists, and people of color. For example, it recently launched ELEVATE, a program for 10 transgender people of color in the public health fields.

In 2020, HRC also plans to launch ACTIVATE, a fellowship program for trans people in jurisdictions with high rates of anti-trans violence, which focuses on developing leadership skills and is geared toward people pursuing employment in the nonprofit sector.

The organization will also be launching a campaign, utilizing various media platforms and strategies, to raise awareness of anti-trans violence and spark important conversations about how to combat it.

To educate the public about transgender issues — including the aforementioned awareness campaign, HRC will engage parents and faith communities of color to share real stories about transgender people’s life experiences.

As it already does, HRC will also be pushing for legislation, both at the federal and state level, to pass nondiscrimination protections for transgender people, hate crime protections, and outlaw “trans panic” defenses. And it will support activists fighting to decriminalize sex work in cities like New York City and Washington, D.C.

John Riley is the local news reporter for Metro Weekly. He can be reached at jriley@metroweekly.com
← Previous Story Texas man charged with shooting transgender woman in northwest Dallas
Next Story → Gay radio host accused of sending anti-gay tweet from station’s account as part of extortion attempt