In Judy, Zellweger brilliantly channels the great Judy Garland, even though her singing chops aren't up to the task 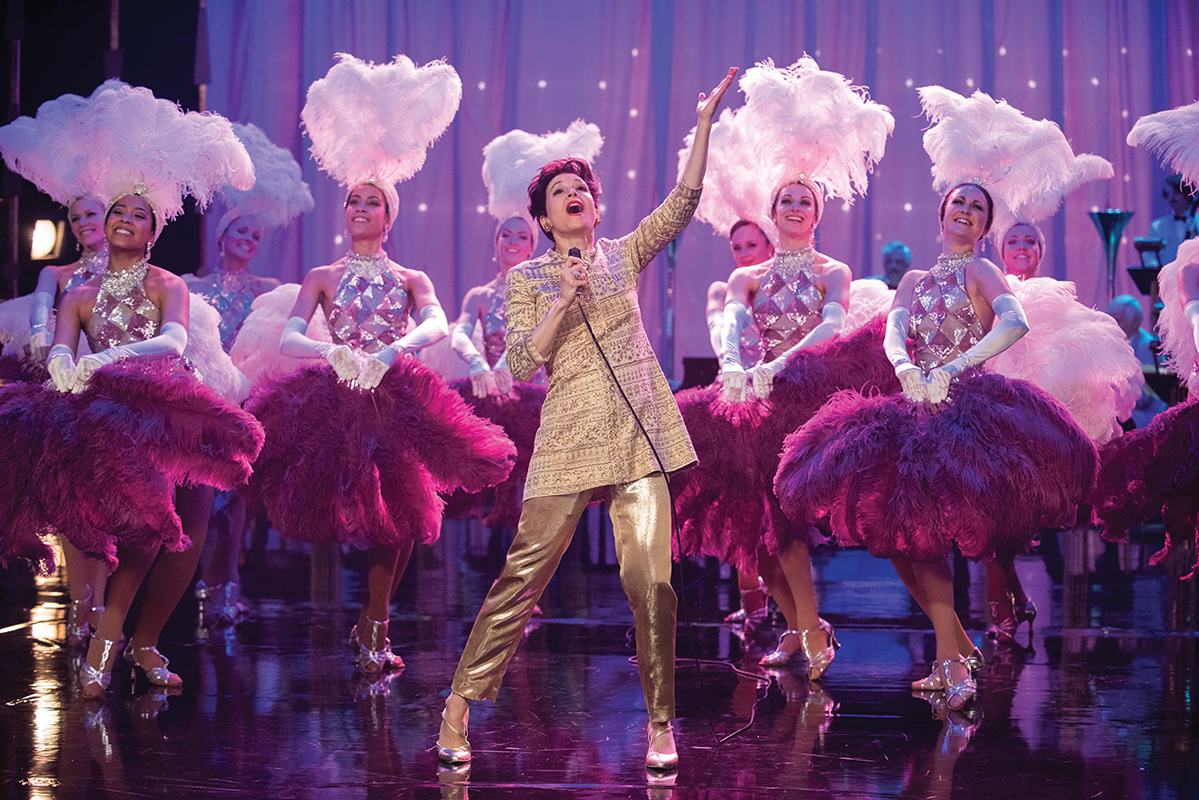 In Judy Garland’s underrated final film I Could Go On Singing, the Hollywood legend played Jenny Bowman, a wayward superstar singer who appeared to be modeled very closely on the wayward superstar that Judy herself had come to be. The London-set 1963 gem also bears more than a passing resemblance to Judy (★★★½), the new London-set drama starring Renée Zellweger. The Oscar-winner embodies Garland in a dazzling performance that combines, in uncanny fashion, a well-styled physical resemblance and evocative vocal quiver and mannerisms to capture the woman, mother, addict, and wayward superstar.

Directed by Rupert Goold, Judy is based on Peter Quilter’s musical play End of the Rainbow, and paints on layer upon layer of truth and fiction, creating a portrait that’s both credible yet still lacking the thing Judy Garland was most famous for: her booming, one-of-a-kind voice. Zellweger sings passably, but her vocals rarely complete the impression that we’re watching Garland blow away audiences in her 1969 run at London’s Talk of the Town music hall.

A creepy Louis B. Mayer (Richard Cordery) explains to young Judy (Darci Shaw) in flashbacks to the set of The Wizard of Oz that her golden singing voice is the only reason he puts up with her girlish attempts to rebel against his control. Thirty years later, and still much is expected of Garland because she carts around a sound that millions would pay to hear on records and in concert. Talk of the Town’s intrepid owner Bernard Delfont (Michael Gambon) is betting that Garland can live up to the lofty expectations of a month-long run, despite the troubled star having been written off by Hollywood for being “unreliable and uninsurable.” He hedges his bet by assigning an able assistant, Rosalyn (Jessie Buckley), the formidable task of keeping Judy in check, in good health, and on time for every show. (Good luck with that, Rosalyn.)

Tom Edge’s screenplay doesn’t swerve far off the expected course of Judy’s lonely brick road. The flashbacks to the star’s teen years of studio servitude plant the seeds of Garland’s decades-long dependency on drugs and controlling men, as well as her inextinguishable spark of good-humored willfulness. Meanwhile, a love story between Judy and nightclub manager Mickey Deans (Finn Wittrock) — whom she meets at a party also attended by chic and sensible daughter Liza Minnelli (Gemma-Leah Devereux) — flickers hot and cold, before sputtering to a sudden, overblown conclusion. 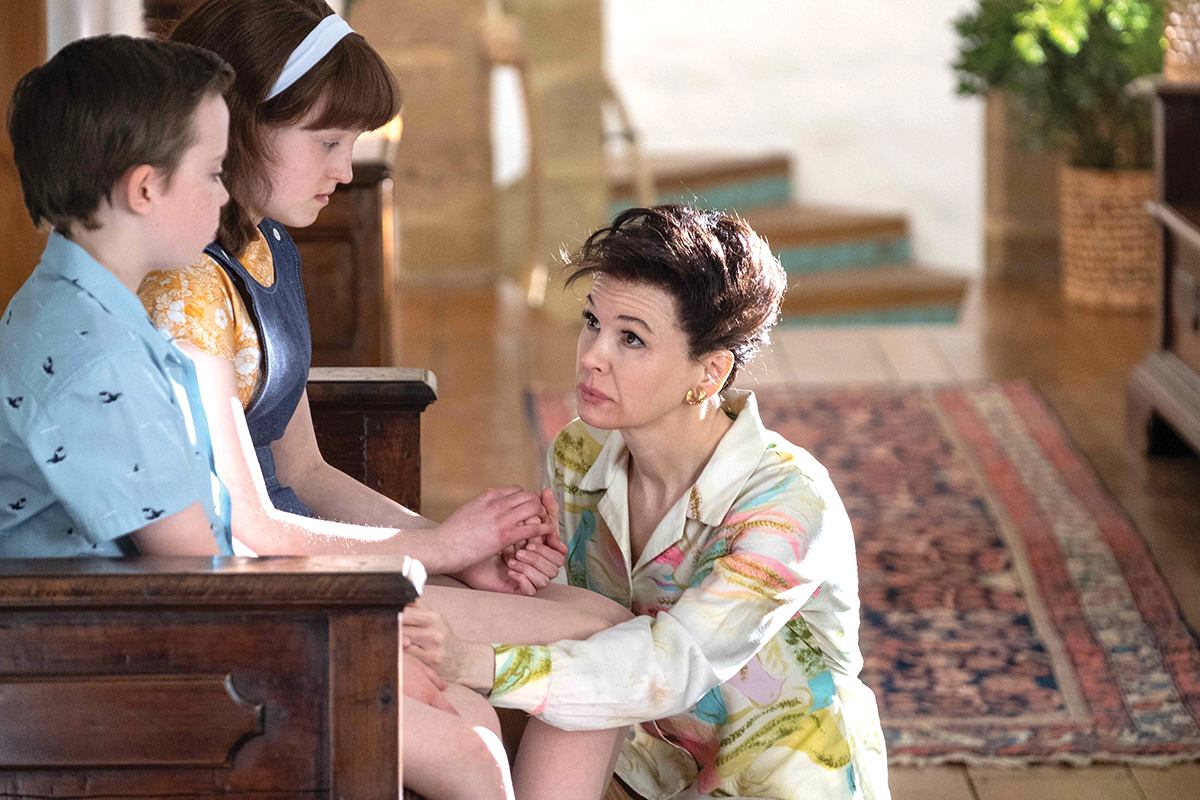 The writers of I Could Go On Singing definitely came up with cleverer plotting for their Judy picture, although this Judy might boast better jokes. Humor is one of the lady’s primary defenses, and Zellweger delivers quips and asides with sardonic aplomb. And Buckley, as the always-resourceful Rosalyn, makes for a good sparring partner once Judy’s caretaker feels familiar enough with her charge to be less formal and keep things real. Judy and Rosalyn’s bond, and their often desperate efforts to ensure that Garland’s show does go on, provide the movie’s real rooting interest. Judy also fights her ex-husband Sid Luft (Rufus Sewell) over custody of their kids Lorna and Joey, but the film strongly suggests that, although she adores her children, Garland isn’t in any condition to take care of them and haul herself onstage every night to do her job.

What comes through loud and clear, however, is how much she needs their unconditional love. She doesn’t find it in the men she attracts, but she is afforded that kind of devotion from her fans. The movie returns the compliment with a lovely scene between Garland and a pair of her gay London fans who tell their story of persecution and redemption, and help remind Judy that her life was not merely the headline-grabbing tragedy that brought her so much pain. She and her music lit beacons of hope and humanity for them, and generations to come. From the stage and the silver screen, her artistry touched people, many long gone, who needed to know they weren’t alone on their journey through a stormy world. In their memory and hers, Judy might draw in new fans who will find an everlasting friend in Dorothy.

André Hereford covers arts and entertainment for Metro Weekly. He can be reached at ahereford@metroweekly.com. Follow him on Twitter at @here4andre.
← Previous Story ‘Where’s My Roy Cohn?’ exposes the private life and Trump connections of the infamous pretender
Next Story → Film Review: ‘Joker’ offers a terrifying version of Batman’s nemesis