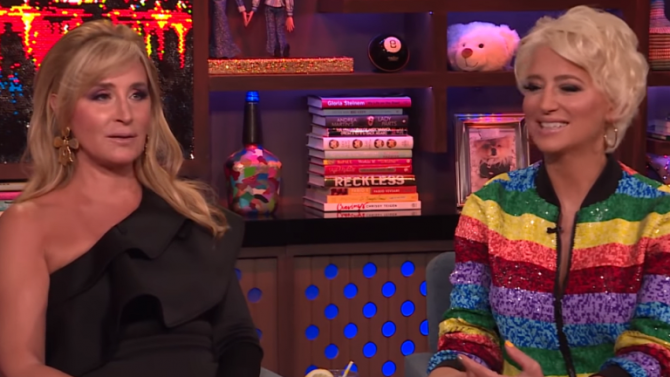 Dorinda Medley and Sonja Morgan attended designer Garo Sparo’s runway show earlier this week, where they filmed the models and added their own commentary.

However, Medley and Morgan crossed a line when transgender model Yasmine Petty walked the runway.

In a video shared on social media, Medley can be heard saying, “Well, with a body like that, it’s a guy. That’s a guy.”

“With a body like that it’s a guy,” Morgan replied. “You’re absolutely right. Oh, lord.”

The backlash on social media was immediate, and Petty herself responded in a statement to Page Six, saying that she overheard the comments while she was on the runway.

“I was really excited to do the fashion show for Garo Sparo for New York Fashion Week because he was using models of diversity,” she said. “And I knew they were filming the Housewives of New York and I knew they were front row and literally, as I was walking down the runway, I heard them making these statements.”

Medley and Morgan later issued a statement apologizing for their comments.

“We have a history as long-standing supporters of the LGBTQ community in many ways and apologize for our offensive comments at the fashion show,” they said.