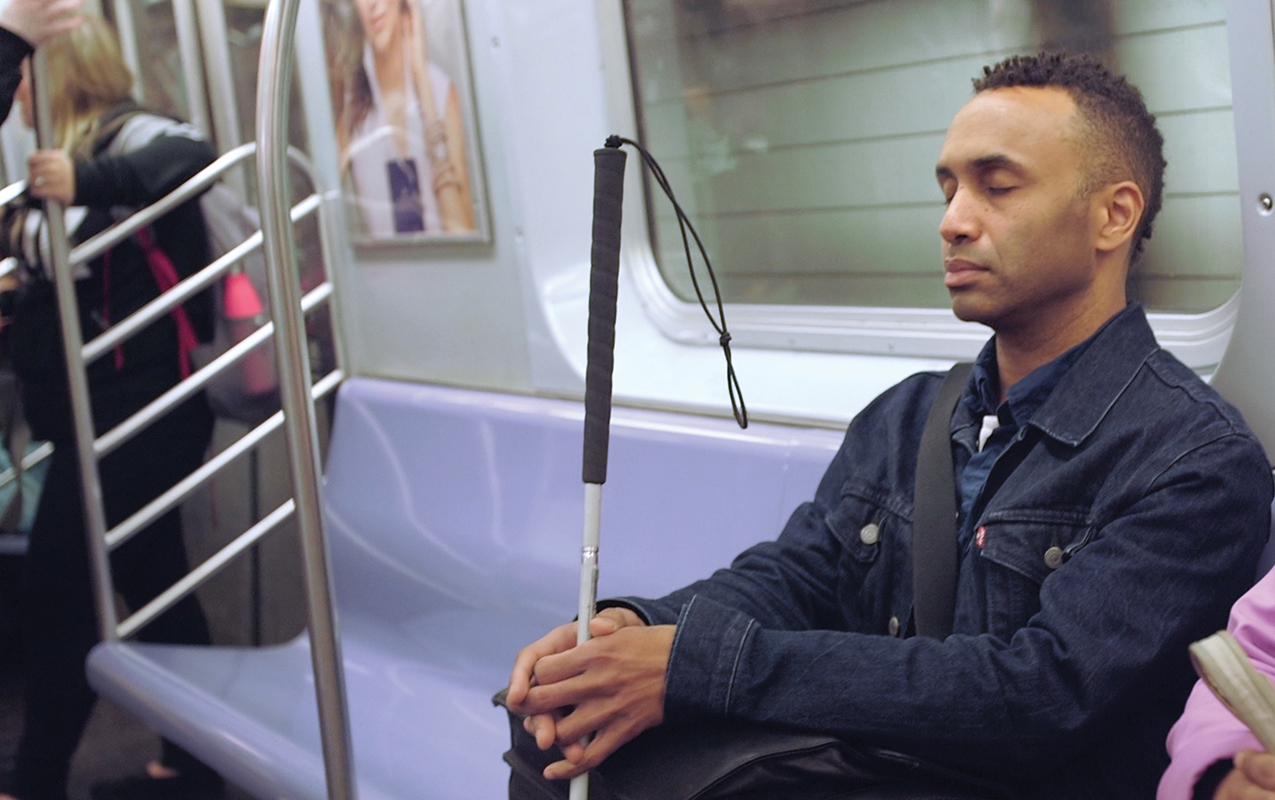 Whether it’s fact or fiction, the making of every film poses a question to the director of how much of themselves — their truth, fears, tastes, and limitations — they will put on camera. Measuring just what to reveal for the enlightenment or entertainment of an audience is a form of alchemy that Rodney Evans, the award-winning writer-director of queer indies Brother to Brother and The Happy Sad, understands well.

“I think a lot of times the film will just tell you what it needs,” says Evans, recalling that initially he did not intend to include himself as a subject in his new documentary Vision Portraits. “It becomes really obvious when something doesn’t work or when something’s off, and then it’s the job of the editor to figure out structurally how to balance everything.”

It was while working with editor Hannah Buck on Vision Portraits that Evans became convinced that this illuminating documentary about artists who have experienced some degree of vision loss was missing something. They’d already edited much of their footage of photographer and visual artist John Dugdale, whom Evans also profiled in his 2016 short film, “Persistence of Vision.” Dugdale and writer Ryan Knighton had gone on-camera for Vision Portraits to discuss their respective experiences of having gone almost totally blind, and continuing to create new work. Dancer-choreographer Kayla Hamilton put in perspective how her vision loss permanently altered how she moves through space.

But Evans had not yet decided to document his own experience dealing with progressive vision loss caused by retinitis pigmentosa. Still, the film knew what it needed.

“As we created, it just became more clear that that’s what people were asking, in that they wanted it to be grounded in my experience,” Evans says. “And I think that was the key to making the film feel cohesive — using my experience as the through-line that ties everything together. I’m the character that’s changing over the course of the film.”

Ultimately, Vision Portraits, which premiered at this year’s SXSW Film Festival and took home the Jury Prize for Outstanding Documentary at Frameline 2019, is a profoundly insightful film, in part because of Evans’ turn towards the intimately personal.

“I think that it became what the film needed,” he says. “I just became less reluctant to doing it…. And I had a great partner in Hannah Buck in figuring out what the balance should be between my experience and those of the other artists in the film.”

André Hereford covers arts and entertainment for Metro Weekly. He can be reached at ahereford@metroweekly.com. Follow him on Twitter at @here4andre.
← Previous Story Film Review: ‘It: Chapter Two’
Next Story → Fall Arts Preview 2019: Film