‘Where’s My Roy Cohn?’ exposes the private life and Trump connections of the infamous pretender

Director Matt Tyrnauer chronicles Cohn's life and influence, including on his most devoted disciple, Donald Trump 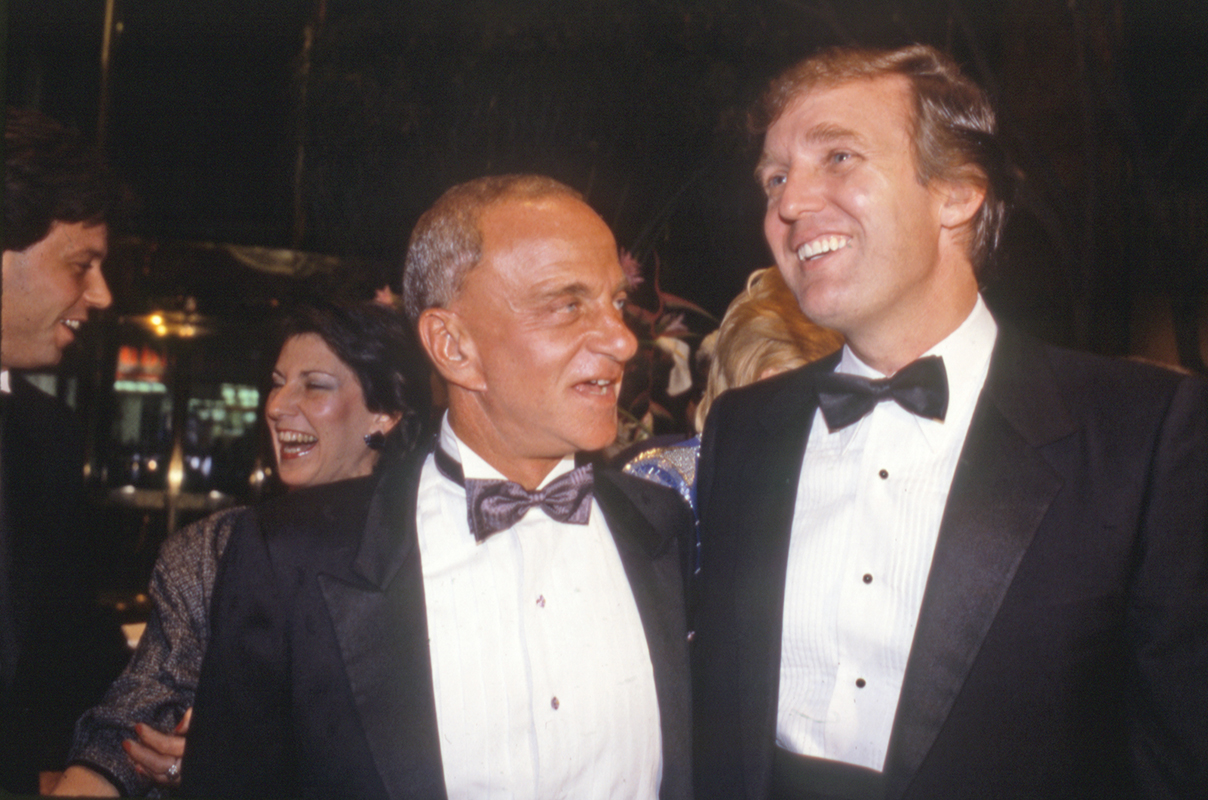 To an amusing if disturbing degree, the family, associates, and experts interviewed about the venomous Roy Cohn in the savvy new documentary Where’s My Roy Cohn? often sound as if they might be describing the late, closeted lawyer’s most famous protégé.

They speak of Cohn’s lack of ethics, and his “total failure to sympathize with the emotional element of life,” and arguably one’s mind doesn’t immediately draw a connection between Cohn and his close friend and pupil who was elected president in 2016. But then that other Cohn-head, Roger Stone, appears on-camera to share that his mentor respected only one rule — “Never admit you’re wrong, never apologize.” — and that seals the deal on the film’s argument that Cohn’s tactics are still being put to use by his most devoted disciple.

“What I realized is that if you just told the story of Roy Cohn, you would be, in effect, telling the story of Donald Trump,” says Matt Tyrnauer, the film’s director. Known for sex-drugs-and-scandal exposés Scotty’s Secret History of Hollywood and Studio 54, Tyrnauer lends just a hint of that salaciousness to this incisive chronicle of Cohn’s path from Commie-hunting, homo-hating attack dog of Senator Joe McCarthy, to mobbed-up New York City attorney and mentor-in-chief to Donald J. Trump.

Along Cohn’s political and criminal path, Tyrnauer points out, “there were lots of boyfriends and lots of hustlers, and escorts, and tricks. Part of the irony and hypocrisy of him was that he remained in the closet, and persecuted gay people, certainly very intensely early in his career. [He] never really owned up to the hypocrisy of that.”

While the film explores Cohn’s little-known relationships with his handsome, onetime right hand David Schine, and an ex-boyfriend who is interviewed on-camera, Tyrnauer wasn’t aiming for a kiss-and-tell bio. Rather, he strove for an informed look at Cohn’s enduring political influence. “Trump learned all of his political tricks from Cohn,” says Tyrnauer. “Cohn’s really the original thinker here, Trump is the mentee. So what we’re seeing is this bizarre posthumous elevation of Cohn from footnote to political history, transformed into modern Machiavelli.”

Some folks revere Machiavelli precisely for what he teaches about ruthless amorality. And Tyrnauer acknowledges that Cohn might still have admirers, too, but, “if there are, I don’t want to know them,” he admits. “Roger Stone and other kinds of politico pranksters are always going to exist, and they’ll always have a perverse attraction to people like Cohn who are amoral. I think there’s a certain fascination in it. I mean, Lucifer is really one of the most fascinating characters you can contemplate. And even for that reason alone, Cohn is endlessly compelling. Whether it’s admirable is far from an open question. He’s really one of the most evil and disreputable people in the second half of the 20th century.”

André Hereford covers arts and entertainment for Metro Weekly. He can be reached at ahereford@metroweekly.com. Follow him on Twitter at @here4andre.
← Previous Story Film Review: Downton Abbey
Next Story →  ‘Judy’ Review: A dazzling performance from Renée Zellweger