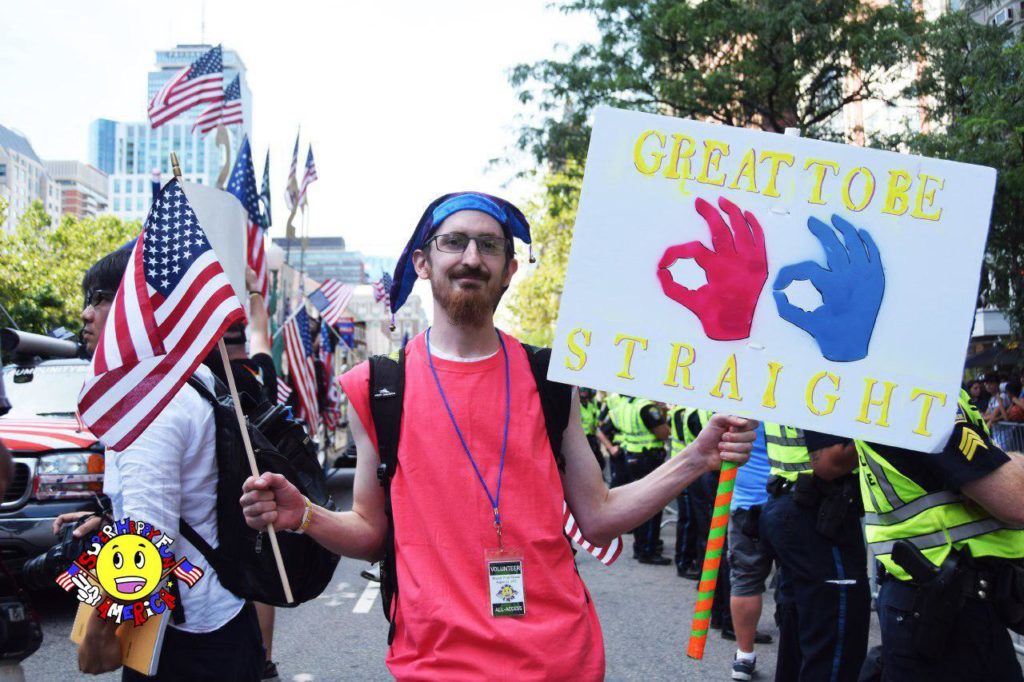 “Straight Pride” is the anti-LGBTQ event that just refuses to die, despite two high-profile failures in the last few months.

In August, anti-LGBTQ alt-right trolls organized a “Straight Pride” parade in Boston, which drew only a couple of hundred supporters — who were subsequently outnumbered by more than 1,000 counter-protesters.

That same month, anti-LGBTQ Christians attempted their own “Straight Pride” in California, designed to celebrate the “inherent superiority” of white, heterosexual Christians. Only 12 people attended.

But far from deterred, the group behind the Boston event is throwing another “Straight Pride,” this time in Dallas, Texas, Out reports.

Scheduled for Nov. 16, the group — called Super Happy Fun America — claims that America is “continually under attack” and the parade will call “attention to the sexualization and corruption of America’s children.”

“Straight people are an oppressed majority,” organizer John Hugo said, according to Queerty. “We will fight for the right of straights everywhere to express pride in themselves without fear of judgement and hate.”

“The day will come when straights will finally be included as equals among all of the other orientations,” Hugo said, seemingly unaware of the current epidemic of violence against trans women of color.

Super Happy Fun America has previously been found to have links to far-right and white supremacist organizations, with the Independent noting links to the ultra-conservative “Resist Marxism” group.

The event in Dallas is called “Protect our Next Generation,” with the Facebook page (which currently has 26 confirmed RSVPs) touting a march to “bring awareness to the fact that we as the American people are allowing our values and morals to be compromised!”

“We are strong conservative Christians who are standing up for our Biblical values,” the page touts, adding that they will be discussing issues including “Marriage values (One man and one woman),” “Genders (There are only two; XX as female and XY as male),” and the “Ploys of the RADICAL left wing LGBTQ groups trying to shut down our businesses and churches.”

Oh, and for good measure, they’re also opposing Drag Queen Story Hour events, because drag queens reading books to children in public libraries is apparently something that conservatives now get angry about.

Organizers claim that 2,000 people will attend the parade, but based on  Boston’s turnout those numbers are likely grossly exaggerated. (We’re guessing the men behind these events are used to exaggerating numbers to make themselves feel better.)

The march/parade/bigot-fest is scheduled to take place on Saturday, Nov. 16 at Dallas City Hall, from 10 a.m. to 4 p.m. CST.

Trump judicial nominee cries while being questioned about LGBTQ record