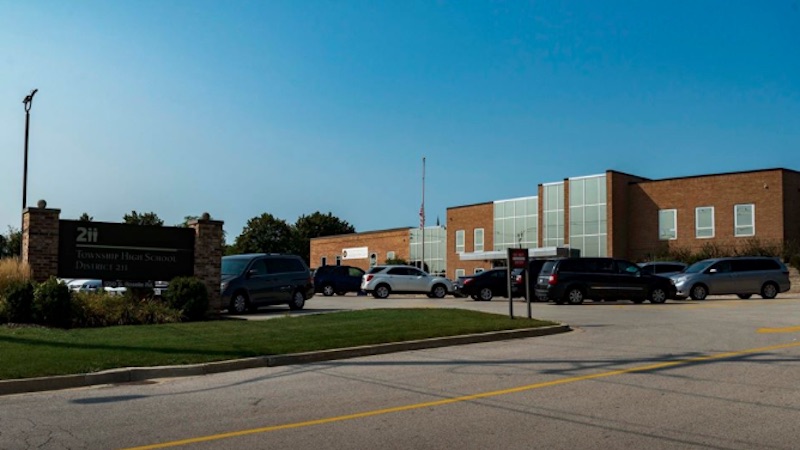 An Illinois school board has voted to lift a restriction that required transgender students to use privacy stalls when they access locker rooms that match their gender identity.

On Thursday, the school board for Palatine-Schaumburg High School District 211 voted 5-2 to allow transgender students to use locker rooms without having to use privacy stalls. Moving forward, the locker room stalls, which have been installed in all five of the district’s high schools, will remain in place for optional use by any student who feels uncomfortable changing in front of others or wishes additional privacy.

District 211 has been engaged in a four-year-long fight over transgender students’ ability to access facilities matching their gender identity. In 2015, a transgender student from Fremd High School, known as “Student A,” sued over the right to use the girls’ locker room. The Obama administration’s Department of Education found that Title IX’s prohibitions on sex-based discrimination should be interpreted to allow her to use facilities designated for females.

The district subsequently reached an agreement with the federal government allowing the student to use the girl’s locker room, but requiring her to change in a privacy stall. That agreement expired upon the student’s graduation.

Further complicating the matter was a November 2017 lawsuit brought by Palatine High school alumna Nova Maday, a transgender girl, who argued that the “compromise” that the district had agreed to with the federal government was as discriminatory as an outright ban based on biological sex at birth would be.

Much of the back-and-forth in the ensuing years has revolved around whether students completely undress in high school locker rooms, with advocates for transgender students arguing that most no longer completely disrobe, while Students and Parents for Privacy say they still do.

Students and Parents for Privacy later dropped its lawsuit in April after a judge dismissed portions of it. But they have remained vigilant, and have been vocal ever since Superintendent Dan Cates suggested lifting the privacy stall requirement.

On Thursday, the board heard from 25 randomly chosen people who weighed in on the proposed change. Fifteen expressed support for lifting the restriction, and 10 were opposed, reports The Daily Herald.

School board member Kim Cavill, who voted to life the restriction, expressed agreement with the arguments Maday made in her lawsuit against the district.

“Discrimination is never an acceptable compromise,” she said.

Maday, whose lawsuit against the district remains pending, called the school board’s vote a “great first step,” ad said she hoped other districts would follow District 211’s example. However, she warned, there are still other obstacles that transgender students face when trying to get schools to treat them according to their gender identity that need to be addressed. As an example, she pointed to the difficulty students may have in obtaining a school ID accurately reflecting their name and gender.

Vicki Wilson, a co-founder of Students and Parents for Privacy, called the new policy “a joke and a slap in the face,” arguing that it was “egregious” to make allow people of different biological sexes to share facilities.

She added that the district is not addressing the problem that there aren’t enough privacy stalls for every student to use each class period, and teens who do use them are ridiculed by their peers.

Cates addressed the issue prior to the vote, attempting to dispel a myth, promoted by opponents of the change, that students can change their gender identity on a whim in order to gain access to locker rooms of the opposite sex.

“One of the biggest concerns we continue to hear is the idea that anyone can go in any locker room whenever they feel like it — as if a different gender can be declared at will,” Cates said in a statement. “That’s not the way it works in District 211. Upon a request from the student’s parent or guardian, a student’s stated gender in the official school record establishes the student’s gender for access to gender-specific facilities.”

Cates also added that there have been no disruptions stemming from transgender students’ use of locker rooms matching their gender identity since the compromise policy was put in place.

John Riley is the local news reporter for Metro Weekly. He can be reached at jriley@metroweekly.com
← Previous Story Gay employee claims pay was slashed so he’d be paid the same as “other females in the office”
Next Story → University of Southern Mississippi students shout down anti-gay protesters