By John Riley on December 23, 2019 @JohnAndresRiley

The bills would all bar transgender athletes from competing in sports designated for the gender with which they identify, and have been introduced or proposed ahead of the 2020 legislative session.

Earlier this month, in Tennessee, State Rep. Bruce Griffey (R-Paris) introduced a bill requiring schools that receive public funding to ensure that students may only participate in sports based on the student’s biological sex as listed on the athlete’s “original” birth certificate.

There are no exceptions for students who have had their gender marker changed to match their gender identity.

Under the bill, schools that don’t police transgender participation would be barred from receiving state or local funds.

Funding would only be restored once the state department of education and “a court of competent jurisdiction” find the school to be in compliance with the law.

“We are seeing more and more transgender athletes competing and posting victories in traditionally gendered sports competitions, and doing so to the detriment of girls and women biologically born female,” Griffey said in a statement emailed to The Tennessee Star. “Boys and men, due to testosterone levels, bigger bone structure, greater lung capacity, and larger heart size, have physical advantages in sports relative to girls and women.”

In Georgia, State Rep. Philip Singleton (R-Sharpsburg) has filed a bill similar to the Tennessee measure, proposing a blanket-ban on transgender participation in sports that do not match their assigned sex at birth, arguing that the bill will ensure no student has an “unfair advantage.”

Under the bill, athletic teams would not be allowed to use public sports facilities if a transgender youth is competing in an individual sport against athletes who are not the same gender as the one that the athlete was identified as having at birth, reports the Atlanta Journal-Constitution.

Singleton says his legislation would not impact team sports, so it would not stop a girl from playing on a football team, for example.

While there have been no local or state controversies involving the success of transgender athletes — and the bill may be unnecessary, as the Georgia High School Association already requires athletes to compete in sports based on the gender marker on their birth certificate — Singleton told the Atlanta Journal-Constitution that he wanted to address the topic before it became an issue.

“We’re seeing a lot of things happening in states across the country and a big part of my campaign promise was to preserve the character of my community,” he said.

In Washington State, a bill recently introduced by State Rep. Brad Klippert (R-Kennewick) takes a more tailored approach, prohibiting only transgender female athletes from competing “with and against female students in athletic activities.”

The bill, which Klippert says is intended to protect “women’s rights,” only applies to sports where there are separate classifications for male and female students, sports restricted to female competitors, and those that involve individual competitors, such as golf, swimming, or track and field, reports KEPR-TV.

“It’s been brought to my attention on multiple occasions by constituents, athletes whose first gender was male are competing against females and dominating sports,” Klippert told KEPR-TV. “I’m running this in support of female athletes, so they can compete against each other and not have to compete against male athletes who have different hormones flowing through their veins which gives them much more muscle capacity.”

However, Klippert also acknowledged that there were no documented cases of transgender athletes in Washington State that would be impacted by his proposed law.

The popularity of such bills demonstrates that social conservatives believe they have found a wedge issue that resonates with large portions of the population.

Indeed, a recent poll from the right-leaning pollster Rasmussen indicates that a majority of Americans do not support allowing transgender athletes to compete in women’s sporting events.

The issue of transgender females in sports (the presence of transgender males is ignored because it does not suit proponents’ “narrative”) has become a rallying point for not only conservatives, but liberal-leaning, second-wave feminists who fear that promoting transgender equality harms women’s rights.

As such, the outcry over transgender athletes has been used to argue that all LGBTQ nondiscrimination bills deserve to be defeated, and that any fallout (such as enabling gay or lesbian people to be fired from their jobs or denied housing) is just an unfortunate side effect of protecting “women’s rights.”

That exact argument was utilized by congressional Republicans to explain their votes against the recently passed Equality Act.

LGBTQ advocates argue that the bills aren’t necessary, and are simply a way to try to “invalidate” transgender students by refusing to recognize their gender identity.

“Introduction of this legislation is clearly an attempt to further deny the humanity and existence of transgender people and attack some of the most most vulnerable students, which are transgender youth,” Jeff Graham, the executive director of Georgia Equality, said in a statement responding to Singleton’s bill.

Carl Nassib, the first openly gay active NFL player, has revealed that he is dating an "awesome guy."

Appearing on Blue Wire’s Comeback Stories podcast, the Las Vegas Raiders defensive end spoke about his coming out journey and his decision to go public about his sexuality in June.

Nassib said he realized he was gay four years ago, but held off on coming out until he had established his football career.

The 28-year-old also spoke about his love life, saying, "I met an awesome guy. He’s the best."

He added: “I was really jealous of people who went through life as being somebody else’s number one priority. As you get older, everybody’s priorities shift.... 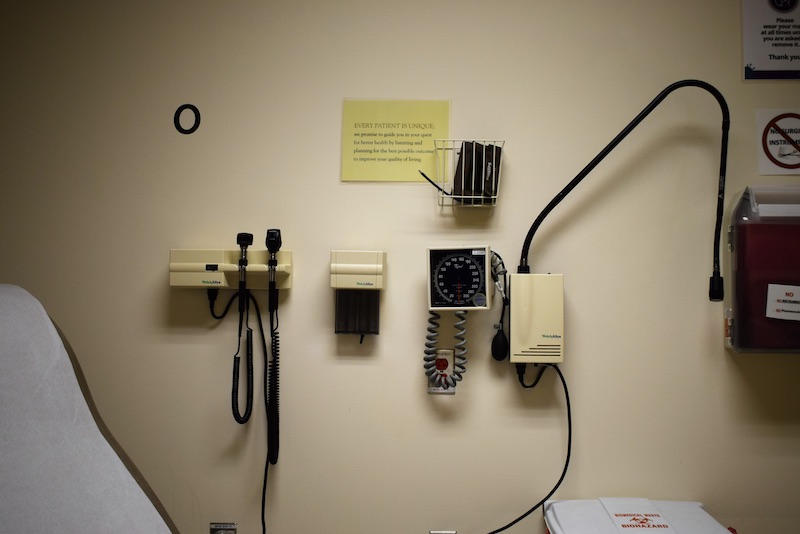 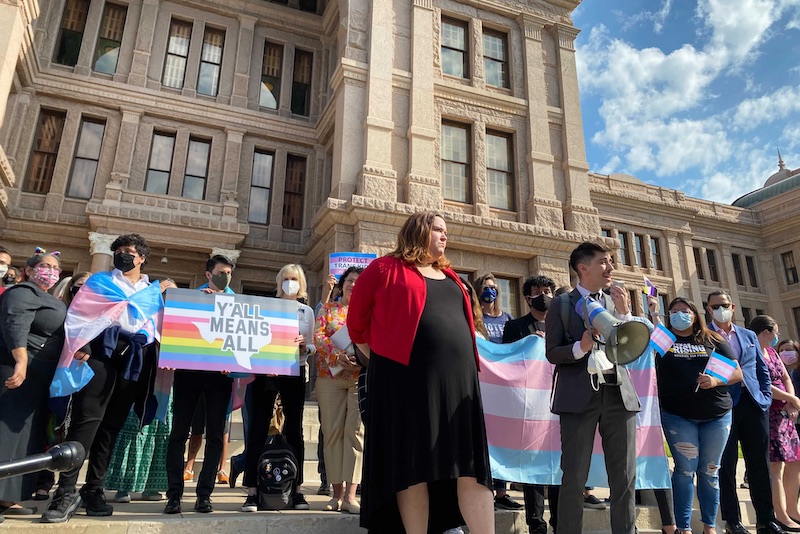