Cher spreads the pop-rock gospel of giving it “All or Nothing” in her tight, swaggering set at Cap One. 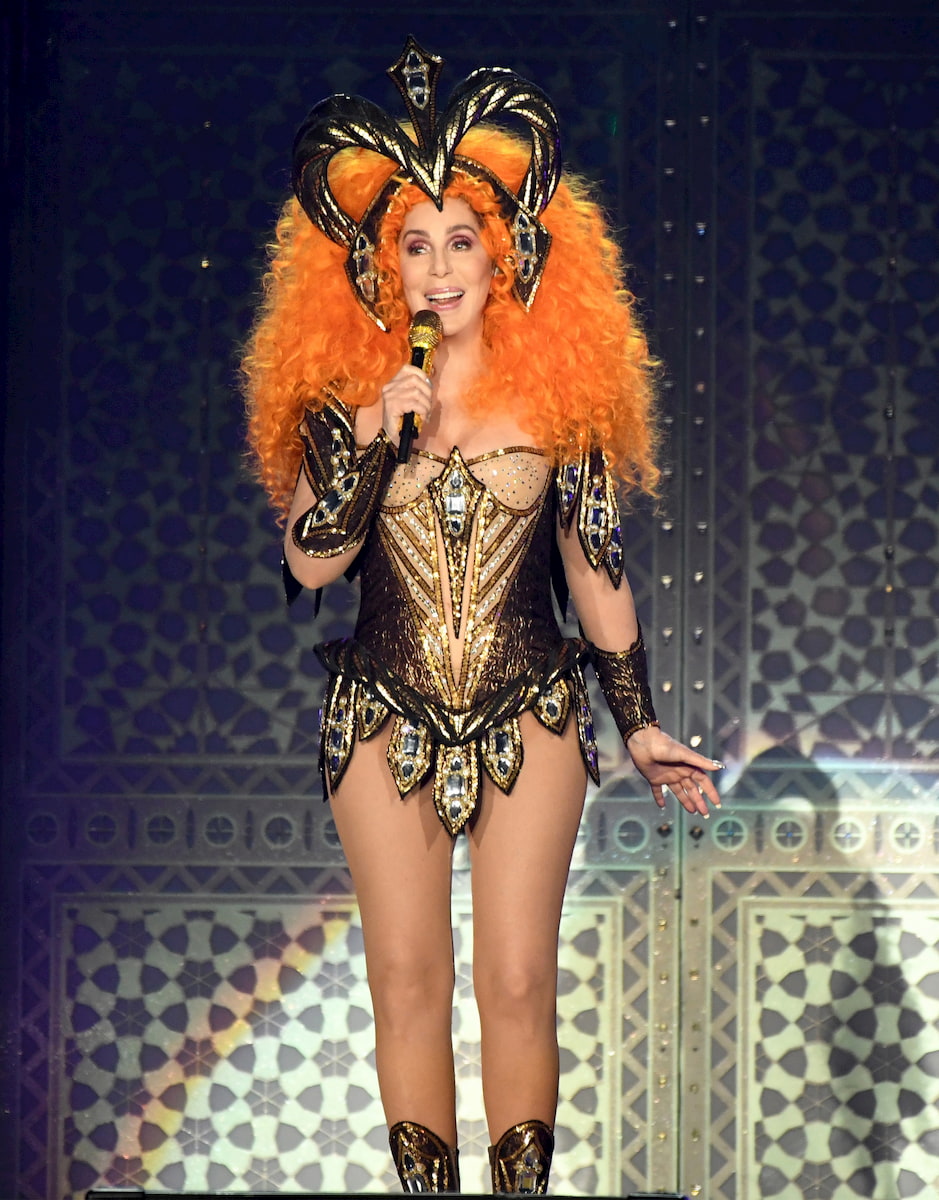 Among the groups of girlfriends, guy friends, gays, lesbians, and sequin-clad mother-daughter pairs filling Capital One Arena last night, several worthy Cher-alikes also graced the crowd. We had a few big-haired “If I Could Turn Back Time” Chers, and a silken-wigged “Dark Lady,” and one silver-spangled Sonny and Cher Show Cher who could be spotted from across the auditorium.

But, as we all well know, there has been no finer expression of Cher-ness these past six decades-and-counting than the one and only Cherilyn Sarkisian, and the performer was in full legendary effect for her era-spanning Here We Go Again tour stop at Capital One.

First, special guests Nile Rodgers and Chic got the party started, funking through the group’s disco hits like “Le Freak” and “Good Times,” along with later smashes that Rodgers either produced (David Bowie’s “Let’s Dance”) or co-wrote (Daft Punk’s “Get Lucky”). Led by Rodgers on bass, the eight-piece ensemble, including vocalists Kimberly Davis and Folami, brought a playful energy, exemplified by Rodgers slyly threading A Taste of Honey’s “Boogie Oogie Oogie” bass-line through the band’s closing number, “Good Times.” Completing a quick, thumping set, Chic exited on a high that maintained until “the mighty Cher” (Rodgers’ words) rode in on a flying pedestal, singing “Woman’s World.” 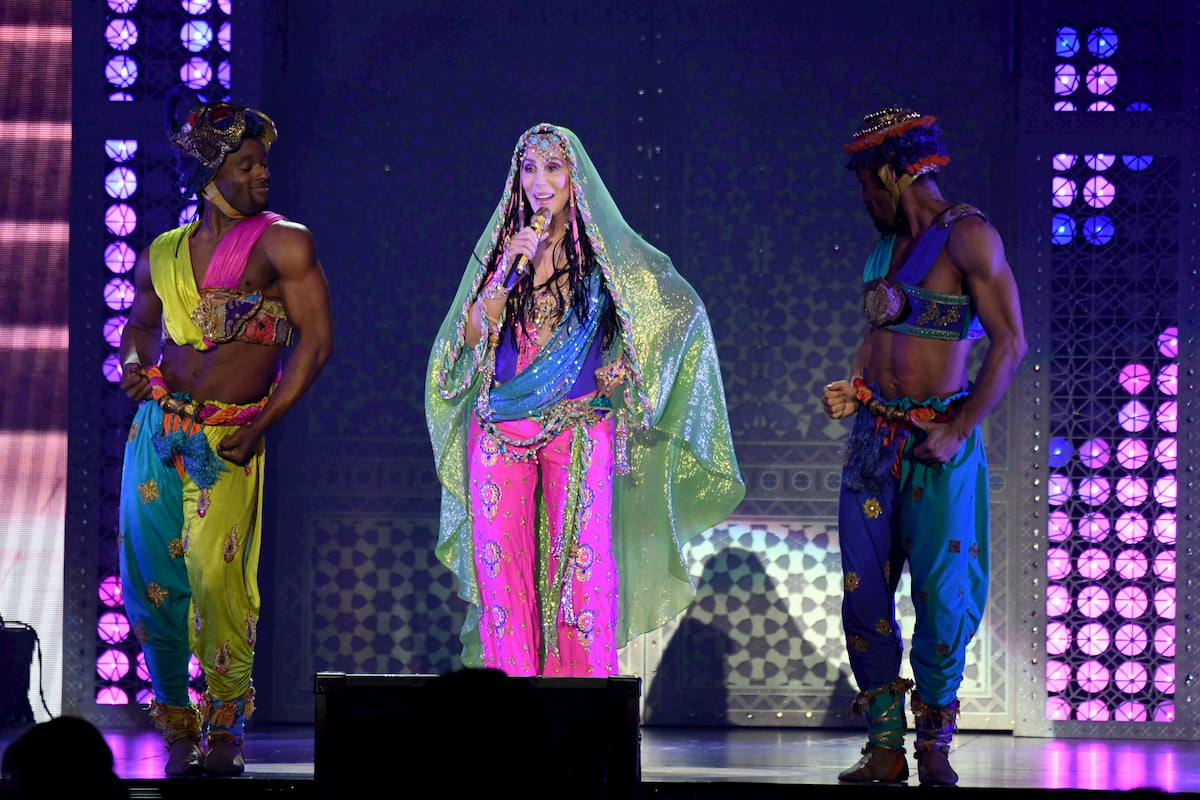 From there, the headliner proceeded to remake that world in her own enduring image, sashaying onstage in a different Bob Mackie-designed costume for every single song. She served legs and blue-haired attitude belting out “Strong Enough,” and Bollywood-meets-Vegas glam rolling through “All or Nothing,” both tracks from the artist’s best-selling album, Believe.

Of course, long before the singer found auto-tune she found her musical soulmate Sonny Bono, and on this tour — as in her Classic Cher concert residency — she pays tribute to her late hubby and the beautiful music they made together. Cher’s and the dancers’ duds go thoroughly hippie for a slinky spin on Sonny and Cher’s “And the Beat Goes On,” sung as a duet with a Sonny video track. The one-time mayor of Palm Springs (and California congressman) also appears in digitally manipulated footage for a duet on the pair’s signature hit, “I Got You Babe,” which Cher joked she had planned to save for her next farewell tour. But apparently, she talked herself out of waiting as, she explained, “Bitch, you’re 500, just do it!” 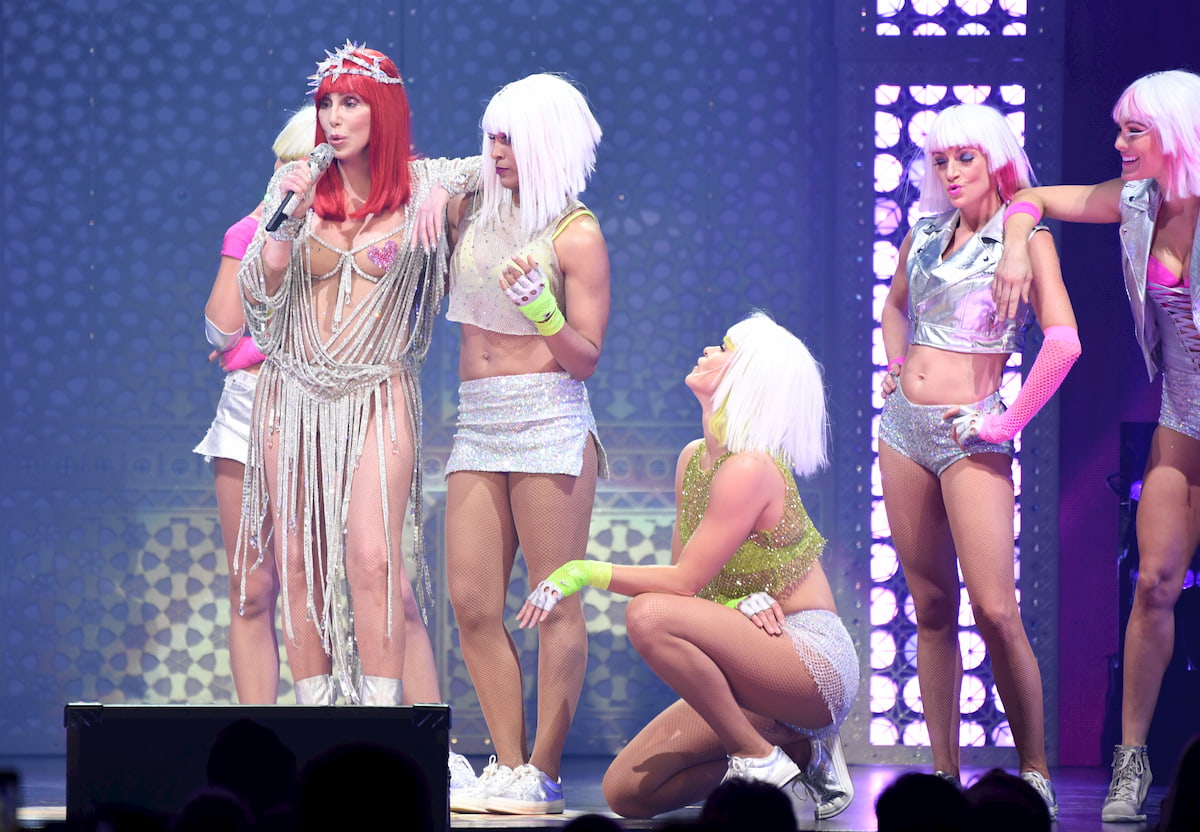 That was indeed the 73-year old pop icon’s message, especially for the young women in the audience getting started in life, and the older women who might want to reshape their lives: Just do it, and keep on doing it if it’s something you do well and that makes you happy. Simple enough advice, and magnificently modeled by Cher, who can still bust Dancing Queen moves with real swag, looked spectacular singing “After All” dressed as a golden Botticelli Virgin, and played a warm and inviting host to the thousands of guests who sang along with her to every word of “The Shoop Shoop Song (It’s in His Kiss).” 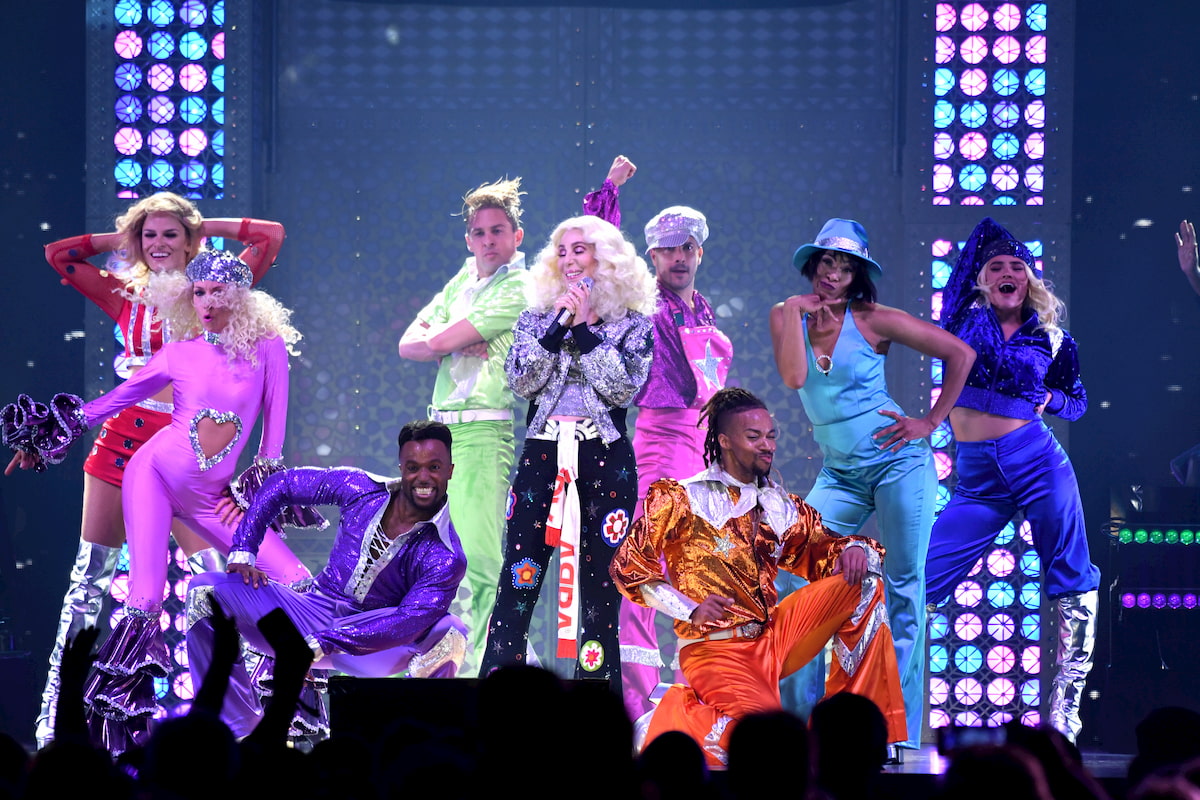 If the energy flagged at all during the 80-minute set, it was during a perhaps too-placid promenade of “Walking in Memphis.” But the building perked up considerably with the move into “The Shoop Shoop Song,” and Cher kept the crowd screaming until the end, emerging onstage in that familiar ‘80s hair and black leotard to perform hits “I Found Someone” and “If I Could Turn Back Time.” Judging by her timeless talent and charisma, Cher might actually have found a way to turn back the clock and make us all “Believe” in the power of perseverance.

Editor’s Note: A previous version of this article incorrectly stated Sonny Bono’s political positions. It has been updated.

André Hereford covers arts and entertainment for Metro Weekly. He can be reached at ahereford@metroweekly.com. Follow him on Twitter at @here4andre.
← Previous Story Spotlight: Leon Fleisher with the Maryland Lyric Opera Orchestra
Next Story → Cheyenne Jackson on Megan Hilty, American Horror Story, and why being a father gave him ‘more purpose’