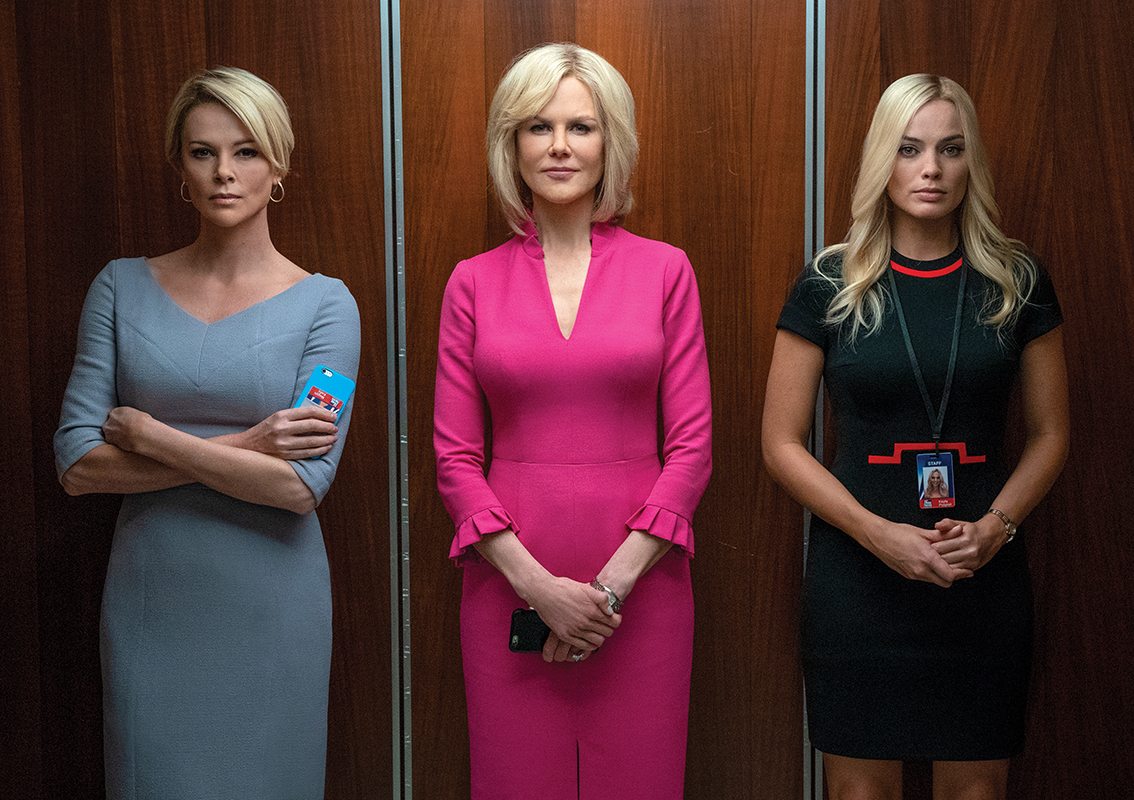 Gretchen Carlson’s landmark lawsuit against late Fox News chairman Roger Ailes lit a fire for the #MeToo movement that ultimately brought the seemingly unassailable man down. The slick, star-studded drama Bombshell (★★★☆☆), directed by Jay Roach, zooms in for a closer look at how Carlson’s case helped galvanize the movement on the front lines at Fox by drawing out a powerful succession of women — current and former employees at the network — to share their own #MeToo stories of encountering or overcoming sexual harassment on the job.

Labeled a “dramatization based on actual events,” Bombshell and its frank, though not graphic, depiction of a culture headed by an accomplished media titan — who’s also a paranoid, sexist creep — might shock some who hold Fox News in a certain esteem. For everyone else, the film will only confirm their worst notions of the moral compromises required to remain fully onboard such a tilted ship. Despite a script by Oscar-winner Charles Randolph (The Big Short) that largely adopts the wide-eyed point-of-view of fictional new Fox employee Kayla (Margot Robbie), the movie hews closer to the more cynical view that the daily affronts endured by the women on-camera and inside executive offices do not constitute shocking examples of male behavior.

Robbie finds an intriguing groove for Kayla, a firm right-winger who nevertheless gravitates towards the office friendship of closeted lesbian Jess (played by out lesbian Kate McKinnon). Two of the film’s few major characters who are purely fictional creations, Kayla and Jess are amusing as our eyes inside the story, but their trajectories don’t gather much emotional weight, save for one scene between Kayla and John Lithgow’s corpulent bully Roger Ailes.

As Carlson vs. Ailes spins out to include the network’s star anchor Megan Kelly, it’s Kelly’s path through the story that truly pulls focus, powered by Charlize Theron’s dead-on performance as the ambitious TV host and Republican primary debate moderator, whom Donald Trump accused of having “blood coming out of her whatever” because she dared question his noteworthy behavior towards women. Throughout the film, Kelly insists that, as a conscientious journalist and lawyer, she’s loathe to become part of the story. Meanwhile, her role on-screen — and Theron’s droll and vulnerable yet sharp-edged performance — blossom into a driving force towards, maybe against one’s better judgment, sympathizing with a peddler of propaganda. 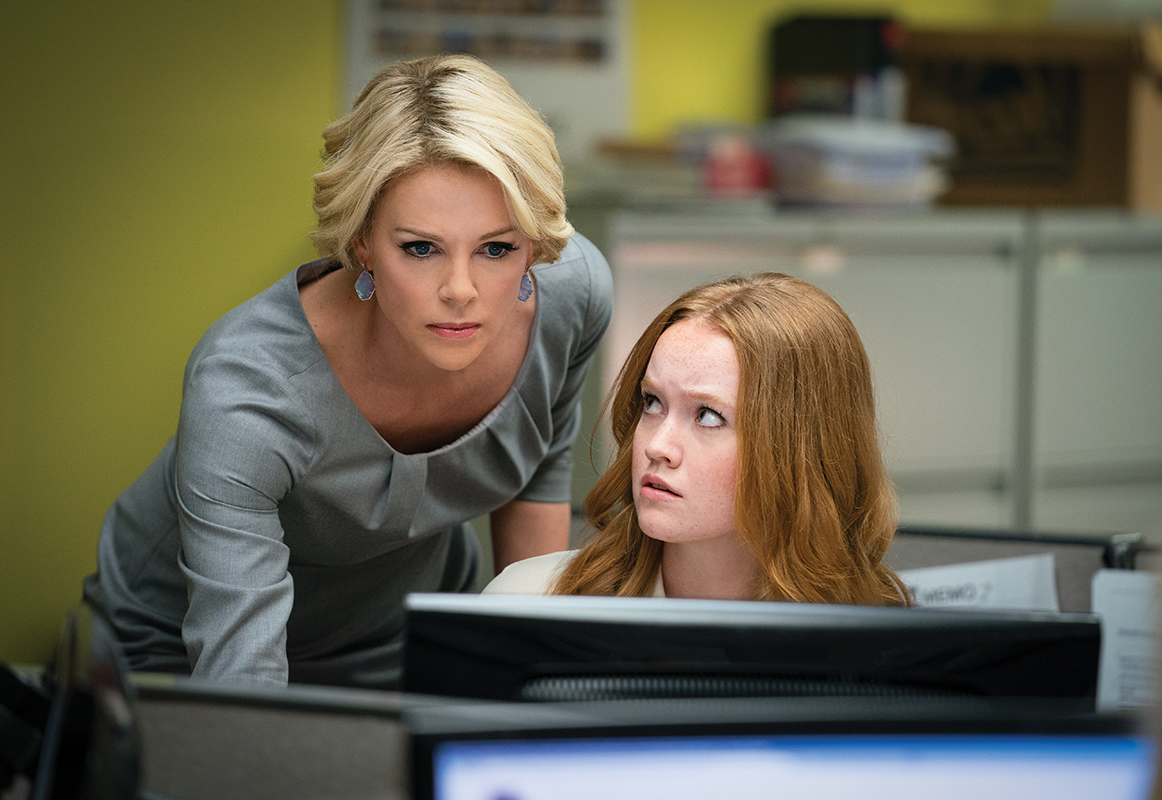 That is not to say that, though humanized, these Bombshell blondes and bosses on the whole are very likable. The characters earn audience empathy, though not necessarily much respect, for buying into what the movie presents as a dishonorable approach to human resources as well as the news. As Jess puts it, if a story can’t be properly sourced and authenticated, just pivot to “some are saying,” and always uphold the network’s unspoken mission to “frighten and titillate.”

Working at Fox News appears, at least in this darkly comic portrayal, to be what’s truly frightening. Certainly the movie captures the excruciating discomfort of being alone with Ailes, or any predator, inside a locked office. Through locations and production design, Bombshell achieves an air of behind-the-scenes authenticity that mixes well with actual photos and video footage of some of the personages involved. Impressive hair and makeup also contribute to the suspension of disbelief of watching Theron control a room as Kelly — but the voice and soul of the character register far beyond a practiced impression of the real-life newswoman.

Portraying Carlson, Nicole Kidman doesn’t exactly vanish into character, somewhat hemmed in by a script (or editing) only interested in Carlson’s righteous crusade. The first to raise a sword against the monster enabled by Rupert Murdoch (Malcolm McDowell), Carlson doesn’t evolve further dimension beyond her battle for fair and equal treatment in the workplace, although she does get her due as a pioneer.

One of the attorneys she consults tells her, “No one really wins by suing FOX.” Bombshell makes it clear, for those who don’t already know, Gretchen Carlson did win, and everyone wins when all people’s rights are respected.

André Hereford covers arts and entertainment for Metro Weekly. He can be reached at ahereford@metroweekly.com. Follow him on Twitter at @here4andre.
← Previous Story Juan Pablo Olyslager on starring in coming-out drama ‘Temblores’
Next Story → New doc Scream Queen! explores the gay subtext of Nightmare on Elm Street 2