By John Riley on December 5, 2019 @JohnAndresRiley 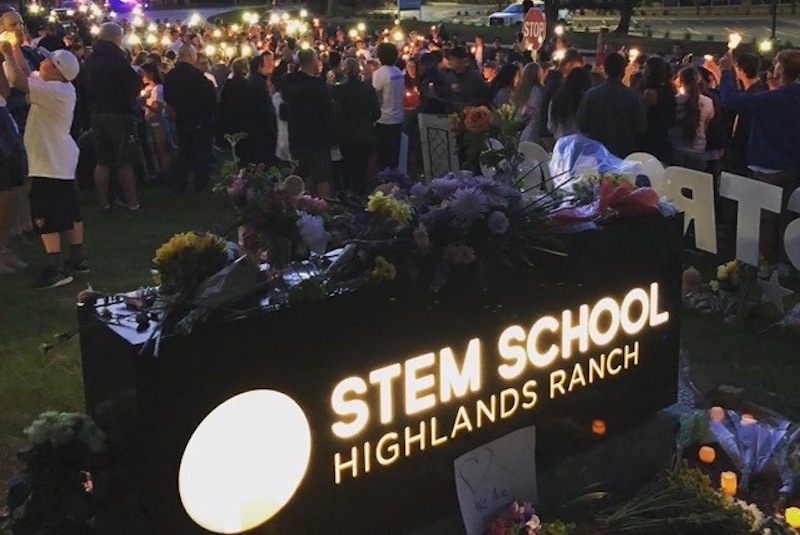 The transgender teenager charged with orchestrating a school shooting at a suburban Denver high school as revenge for being bullied by his classmates after a judge decided to try him on murder charges as an adult.

Alec McKinney, 16, faces charges of first-degree murder, attempted murder, and weapons charges for the May 7 shooting rampage at the Science, Technology, Engineering and Math School in Highlands Ranch, Colo. The shooting claims the life of 18-year-old Kendrick Castillo and left eight others wounded.

McKinney was charged along with 19-year-old Devon Erickson, who, because he was legally an adult at the time of the shooting, could face the death penalty or life in prison without the possibility of parole if convicted. He is expected to enter a plea on Friday, reports Reuters.

According to charging documents, McKinney and Erickson armed themselves with three handguns and a 22-caliber rifle and took cocaine before embarking on the shooting spree.

McKinney, a transgender male, has claimed he was in a “pre-op transitioning phase” and participated in the shooting to seek revenge on students who had picked on and bullied him for being transgender.

His defense attorneys had hoped to have McKinney’s case moved to juvenile court, citing his past struggles with mental health and a troubled childhood that included witnessing domestic violence committed by his father against his mother.

But in a seven-page ruling on Wednesday, Douglas County District Judge Jeffrey Holmes rejected those arguments, saying that even though he agreed McKinney had suffered “serious trauma,” he would still have to stand trial as an adult.

“Based on the totality of the evidence before it, the Court finds that it is has not been proved that the juvenile and the community would be better served by transferring this case to juvenile court,” Holmes wrote.

If convicted, McKinney could face up to 40 years in prison. Had the case been moved to juvenile court, the maximum sentence would have been seven years.

Both the Colorado Public Defender’s Office, which is representing McKinney, and District Attorney George Brauchler, whose office is prosecuting the case, have declined to comment on Holmes’ ruling.

John Riley is the local news reporter for Metro Weekly. He can be reached at jriley@metroweekly.com
← Previous Story Arizona appeals court: Judge was wrong to reject transgender man’s name change
Next Story → California inmate sentenced to death for killing his transgender cellmate