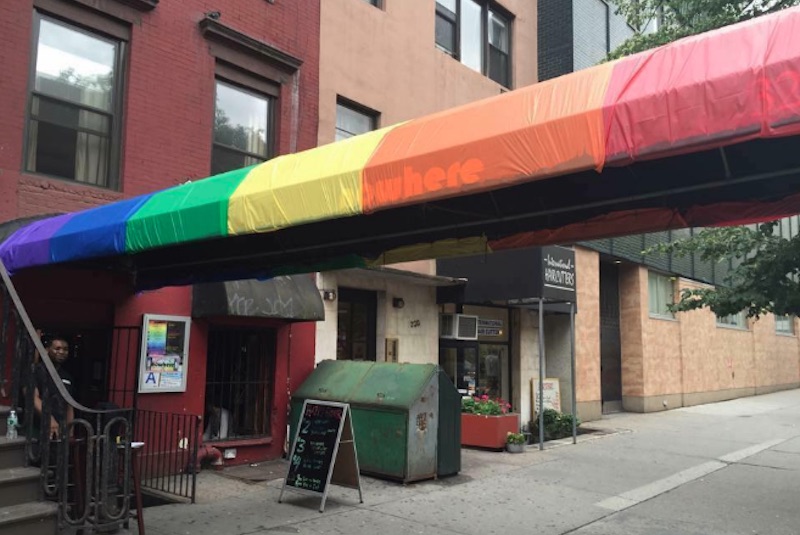 A Canadian citizen who was kicked out of a gay bar in New York City has been charged with mailing fake anthrax to the establishment after employees threatened to ban him.

Ameen Keshvajee, 57, faces federal charges of sending a threat through the mail and conveying a hoax. If convicted of both charges, he could face up to 10 years in prison.

According to a press release from the U.S. Attorney’s Office for the Southern District of New York, Keshvajee, a regular patron of Nowhere bar, a gay bar in Manhattan’s East Village neighborhood, began sending email messages to an employee at the bar.

In February 2019, the employee informed Keshvajee if he kept sending him messages at his private account, he would be banned from the bar.

Keshvajee stopped coming to the bar, but began sending threatening emails to the employee, even indicating that he wished for the employee’s death.

According to the New York Daily News, one email, dated Feb. 25, Keshvajee allegedly wrote: “DIE OF AIDS, you leftie, hypocrite, democrat-voting FUCKS!!!!! I sincerely hope [the employee’s partner] gives it to you, you fucking disgrace to the planet! I will be there to pee on your individual coffins!”

Two days later, he then allegedly wrote an email stating: “I miss my little spot. You fuck.”

On Dec. 9, 2019, Keshvajee allegedly mailed an envelope to the bar addressed to the employee in question. The envelope included a white powdery substance and bore the message: “It’s called anthrax. Enjoy.”

Upon opening the envelope, the employee called 911. Officers responded to the scene, secured the area, and confiscated the envelope and the letter. The City of New York Department of Health and Mental Hygiene Public Health Laboratory later concluded that the materials did not contain anthrax.

Postal Service investigators were able to connect Keshvajee to the threat by confirming he’d used his credit card to buy the stamp on the envelope, prosecutors say.

U.S. Attorney Geoffrey S. Berman said that Keshvajee’s arrest “makes clear that we will not tolerate anthrax threats” and that Keshvajee would have to pay for his alleged “threatening actions.”

“Even though there was no actual anthrax in the note allegedly mailed by Keshavjee, that doesn’t minimize the consequences of the crime,” FBI Assistant Director William Sweeney, Jr., said in a statement. “Hoax threats not only intimidate the victims they are intended for, they require extensive law enforcement resources that could be better used elsewhere. For anyone out there who might be contemplating a hoax of this nature, just remember Keshavjee now faces up to 10 years in prison for his alleged actions.”

Keshvajee has since been released on $20,000 bail and been ordered to stay away from the bar or have contact with any of its employees as he awaits trial. He has thus far declined to comment publicly on the charges against him.

John Riley is the local news reporter for Metro Weekly. He can be reached at jriley@metroweekly.com
← Previous Story Teenager sues New York for preventing transgender minors from amending their birth certificates
Next Story → Michigan coalition launches petition calling for ban on anti-LGBTQ discrimination