FX miniseries will follow the fight for women's equality in the 1970s, and anti-LGBTQ Schlafly's opposition to it 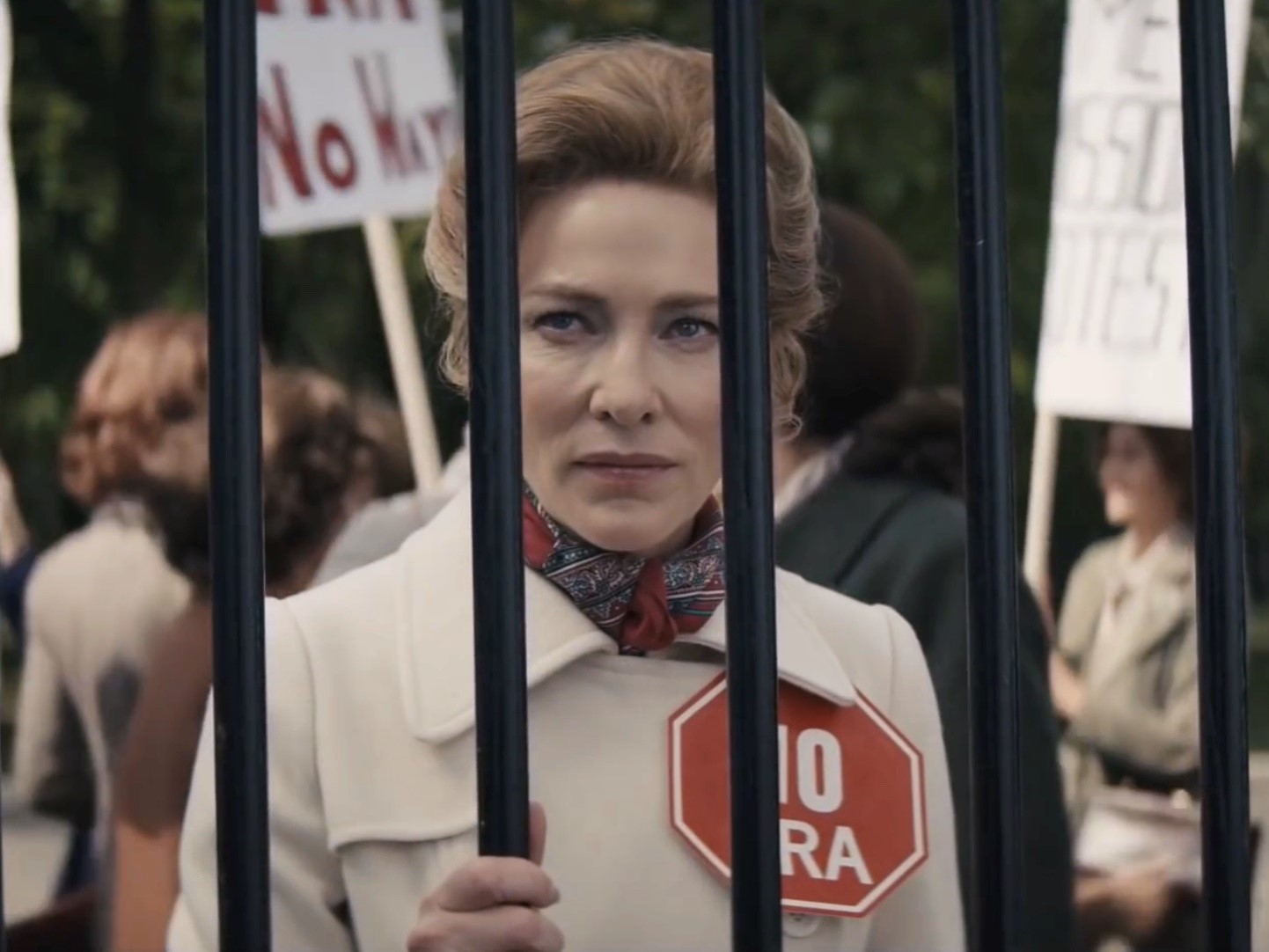 The first trailer has dropped for Mrs. America, FX’s new miniseries starring Cate Blanchett as Phyllis Schlafly, the anti-gay, antifeminist conservative who successfully campaigned against the ratification of the the Equal Rights Amendment.

Schlafly, who died in 2016, is perhaps best known for staunchly opposing the ERA, which would have guaranteed equal rights for all American citizens regardless of sex, granting women equal standing to men in divorce, property, employment, and other matters.

While fighting the ERA, she deliberately stoked fires by suggesting that granting equal rights to women would lead to same-sex marriage, and used the specter of “sex mixing” and “homosexual schoolteachers” to rile up other conservatives.

In 1973, she declared that ratifying the ERA would “legalize homosexual marriages and open the door to the adoption of children by legally married homosexual couples,” Slate reported in its deep-dive of Schlafly’s anti-LGBTQ history.

She continued her fierce opposition to LGBTQ rights until her death — even after her son, John, was outed in 1992.

Mrs. America, which will air on FX on Hulu, stars Blanchett, Uzo Aduba as Shirley Chisholm, Rose Byrne as Gloria Steinem, and a number of other famous faces including Sarah Paulson, Margo Martindale, Tracey Ullman, and Elizabeth Banks.

The limited series will focus on the fight for women’s rights in the 1970s, from the perspectives of both the second-wave feminists who pushed for the ERA’s passage, and conservatives like Schlafly who started a grassroots campaign to stall it.

Appearing at the Television Critics Association winter press tour, Blanchett said the show “couldn’t have been more relevant” to present day political and social discussions, during, according to the Hollywood Reporter.

“In the process of developing it — like with Roe v. Wade — there were questions with ‘Is this really relevant, do we really need a whole episode about this?'” Blanchett, who is also an executive producer, said. “It seemed that every passing day in the development process and certainly during shooting, right up to Virginia debating the ERA right now, it became like Groundhog Day; the literal discussions that were having during 1971,1972 going through the series were constantly popping up in the media.@

Series creator Dahvi Waller said the show is an “origin story of today’s culture wars — you can draw a direct line from 1970 to today through Phyllis Schlafly and really understand how we became such a divided nation” — particularly on LGBTQ and women’s rights.