The fast-paced, musical horror spoof is based on the '80s cult classic B-movie 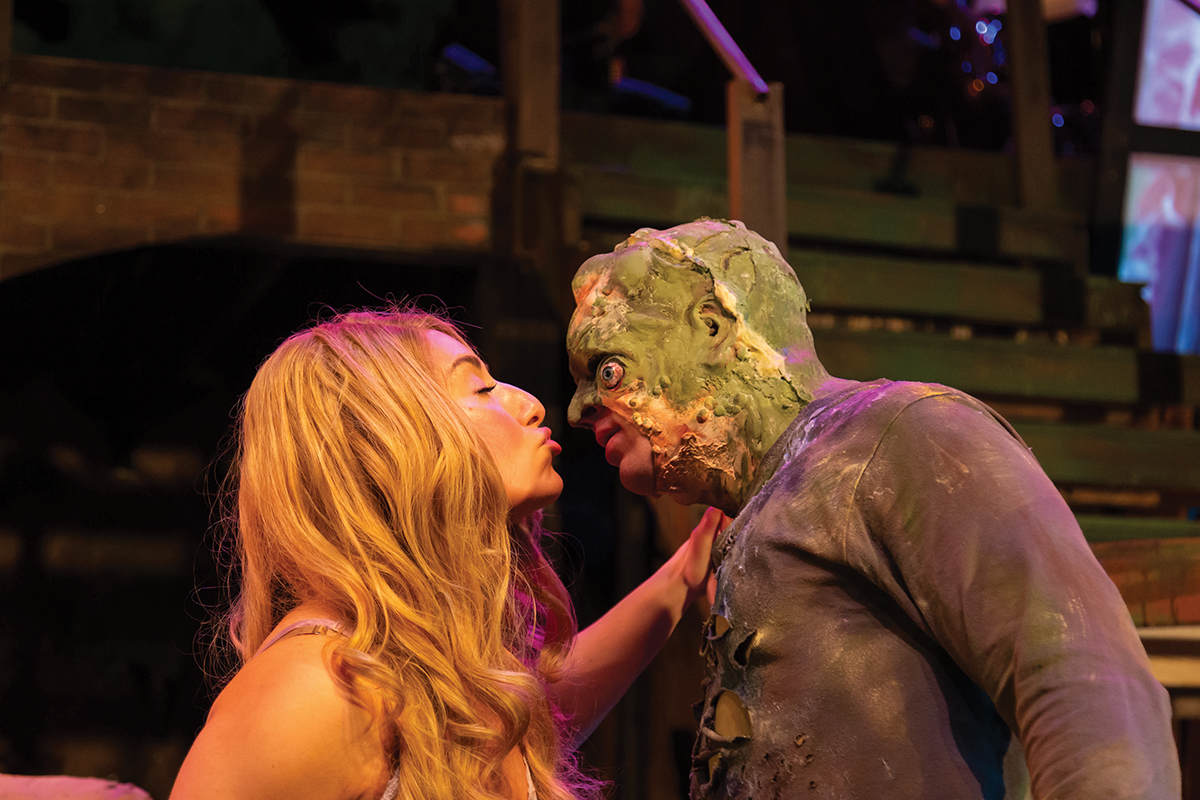 “I’m just sort of dipping my toes in, seeing how it goes,” Tracy Lynn Olivera says of her recent move into directing. But for the Helen Hayes Award-winning local theater dynamo, it’s more a jump than a dip. In addition to assistant directing Guys and Dolls, opening at Ford’s Theatre in March, Olivera helmed the just-opened The Toxic Avenger: The Musical at Rorschach Theatre.

Joe DiPietro and David Bryan’s fast-paced, musical horror spoof is based on the ’80s cult classic B-movie from Troma Films, and the self-described horror buff Olivera says the mutant hero romance, which runs through March 1, was a natural fit for Rorschach. “We wanted something that would go with Rorschach’s mission. They are magic, unusual kind of magic, hero stories, reverence stuff, sexy stuff. To me it had all of those things, because the heart of it, it’s just a superhero romance. Once you take out the gore and the crap jokes…it’s just an ordinary story.”

Though directing is proving to be enjoyable, Olivera isn’t abandoning center stage anytime soon. In addition to a double shot at taking home her third Helen Hayes award — with nominations for roles in Olney’s Matilda the Musical and Signature’s top-notch Assassins — Olivera will be appearing in Signature’s hotly-anticipated June run of the Abba musical Mamma Mia! Casting details have been closely guarded but Olivera is looking forward to the “stupid fun” of playing happy-go-lucky Rosie alongside other D.C. theater favorites — though, she notes, “I just know that I have to start doing cardio pretty soon, or mother is going to collapse.”

Meanwhile, The Toxic Avenger is commanding most of Olivera’s attention, and Rorschach’s first-ever musical is drawing fans who might have skipped a different production. “Troma was enormous among the [horror] nerds, myself included,” she says. “And I know that we’ve already been getting some tickets sold from that cross-section of people. A lot of them have never even seen a musical.”

The tale of the so-called first superhero born out of nuclear waste also remains a timely lesson for everyone else, given the ongoing issue of the environment and climate change.

“It’s campy, right? But there are some things that really resonate right now,” she says. “A corrupt politician fucking damaging the earth, just not giving a crap, just wanting to make money at whatever cost. And without getting too dark here, we are dumping toxic waste like this, where there are people. Look at Flint, look at the Dakota pipeline. We’re still doing it. And the classism of it, the rich get richer and the poor are covered in mold. So I think it’s weirdly super-pertinent right now, and timely.”

André Hereford covers arts and entertainment for Metro Weekly. He can be reached at ahereford@metroweekly.com. Follow him on Twitter at @here4andre.
← Previous Story DC Theater Review: Silent Sky at Ford’s Theatre
Next Story → Review: Exquisite Agony at GALA Hispanic Theatre