Nick Westrate on playing George VI in ‘The King’s Speech’

Immersed in preparation for his starring role as George VI in the Washington, D.C. debut production of The King’s Speech at the National, Nick Westrate fully grasps the world’s decades-long fascination with Britain’s royal family.

“The Windsors have been the monarchy through the industrialization of Western civilization,” he says. “This empire ruled over so many different lands across the globe — from Canada to Australia to Africa to India, everywhere. So I think our whole world has a consciousness of them and their family, and whether we liked them or didn’t like them, they’re important.”

Even amid another scandal-rocked year for Queen Elizabeth and her progeny, David Seidler’s play (and the Oscar-winning 2010 film adaptation starring Colin Firth) is a reminder that this Queen has seen it all before, and has remained steadfast. Portraying Elizabeth’s father at the tumultuous moment that he was thrust onto the throne following his brother Edward’s shocking abdication, Westrate sees the family’s stability as key to their charisma. “I know in the U.K. that the continuity of the family that has taken them through two world wars and the fall of the empire and the modern era and television and tabloids and all of it — they’ve been the one constant that has taken us through that.”

Westrate, a Drama Desk Award-winner who is co-starring in HBO’s upcoming Teddy Roosevelt miniseries The American Guest, recognizes the irony that while The King’s Speech depicts how King George’s constancy helped unite Europe, the daughter who succeeded him now must watch as Britain and Europe dramatically part ways.

“I think it’s a good time to remember this story,” he says. “It’s a story about someone who doesn’t believe he is the greatest person on earth, the greatest possible leader, [and] who is humble but honorable, taking control from someone who thinks that they are impenetrable and invincible, and can change and break all norms and shatter all the rules in order to achieve their personal goal. I think we know a lot about that kind of reckless leader, and we are in a moment when we’re searching for someone with humility and stability and a fucking sense of morality.

“But in terms of Europe [with Brexit], it’s an incredible time to be doing the play, to think of how fractured Europe was at the time of our play and how fractured it is becoming again. Nationalism is definitely on the rise, which is always a scary thing.”

The Andrew Lloyd Webber "now and forever" classic returns to D.C. for a week-long run at the National Theatre. 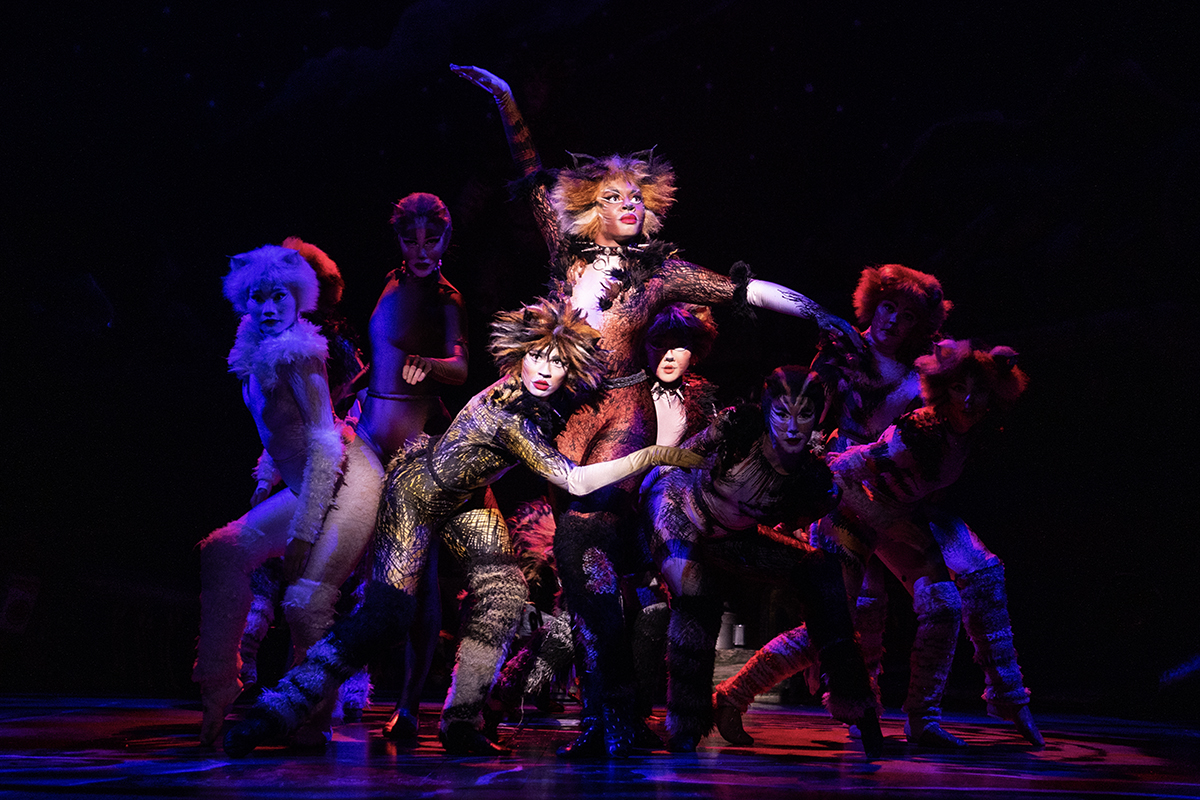 " is one of the most — if not the most — physically demanding musicals out there," actor Dan Hoys told Metro Weekly in 2019, when he portrayed Munkustrap in the groundbreaking Andrew Lloyd Webber musical in a national touring production that included a stop at the Kennedy Center.

"I like to think of Cats as one of musical theater's first devised pieces. Webber took pre-existing material and wrote music based on that. And then the show creates choreography based around feline movement." And all that movement is genuinely moving, Hoy added. "The amount of people sobbing during 'Memory,' watching as Grizabella, this once betrayed feline, is redeemed is — I mean, it's astonishing."