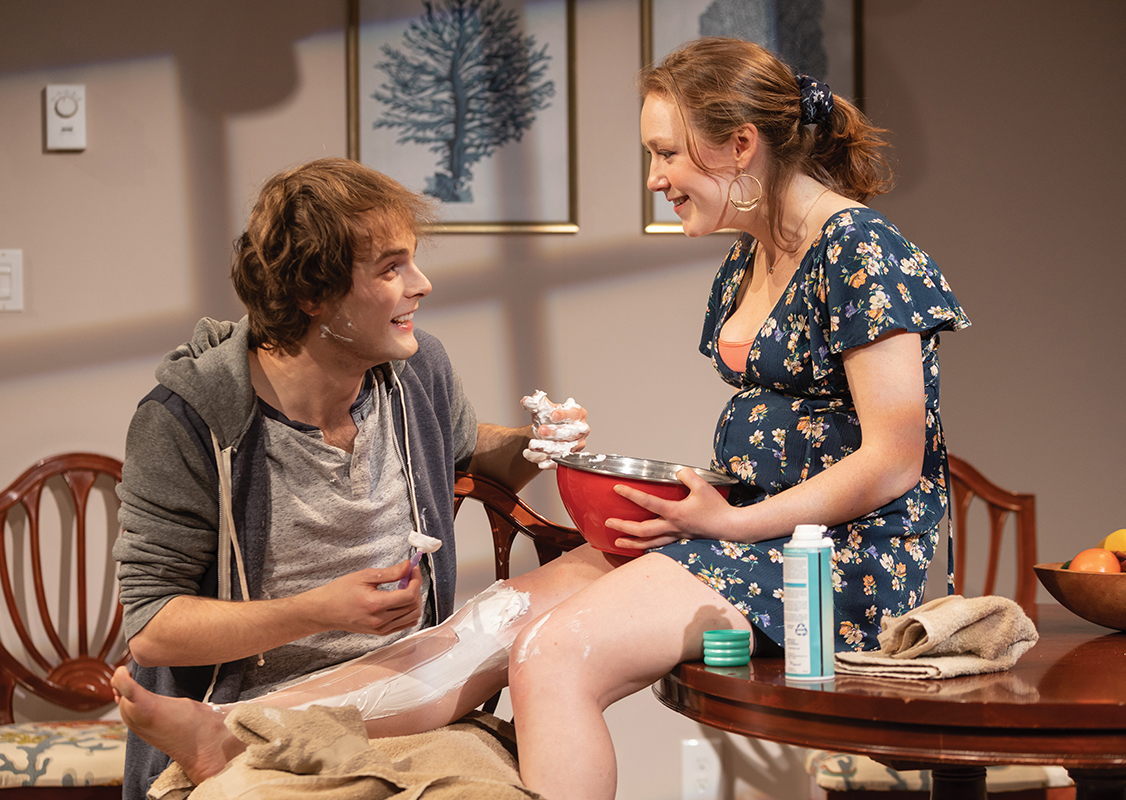 Lee (Shanara Gabrielle) has arrived at the Florida condo of her mother Marian (Susan Rome) to lick her wounds, having been kicked out by her husband for indulging a habit of sleeping with other men. She’s carried with her to the Sunshine State a potent sense of hopelessness and shame for the mistakes she’s made, and continues to make. Yet, all around her, signs abound that she and her life will be okay, eventually, if not soon. The play spins a running gag out of the fact that Lee’s husband calls her repeatedly yet never utters a word when she picks up the phone, but he does keep calling. There’s pain on both ends of the line, but this too shall pass, it would seem. Whether or not her husband ever forgives her, Lee still ranks fairly low on the scale of monsters stalking the Florida coastline.

Despite the enormous disruption Lee causes in the household her mom Marian shares with laidback new husband Richard (John Leslie Wolfe), his pregnant teenage niece Kitty (Jordan Slattery), and boy-next-door Bobby (John Austin), her problems are due more to her being incredibly self-involved than being a horrible person. The self-diagnosed sex addiction plays out as an inconvenient, surface quirk of her personality, even as Gabrielle’s performance works hard to persuade us otherwise. If you knew a Lee in real life, you’d really just want to tell her to get over herself — which Marian does, more or less. 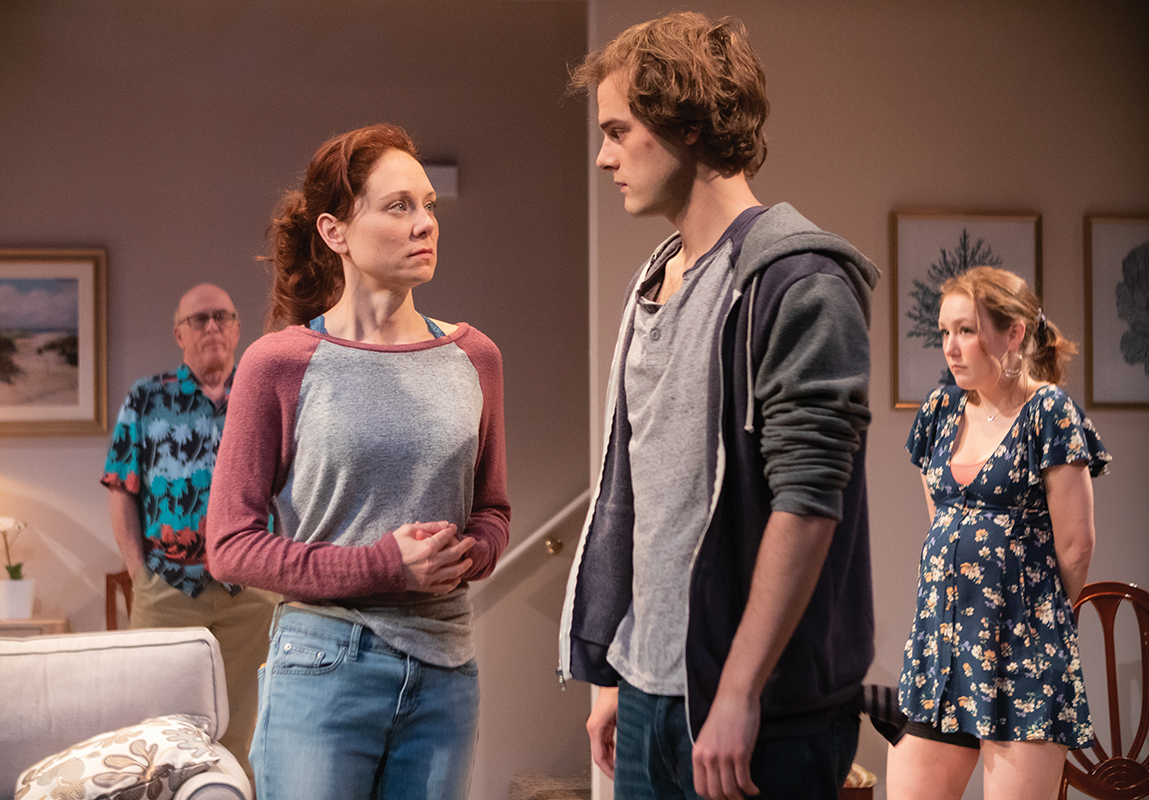 As Marian, Rome persuades us that this woman of a certain age was happy as the star of her own story, learning from a new-age guru to explore the depths of her sacred “yoni,” until her daughter rudely breezed in to steal the spotlight. And her frustration over Lee’s inability to be appropriately respectful feels deep-rooted in years of mother-daughter conflict. On the other hand, teenage Kitty’s wariness of Lee is fresh and immediate, and well-played by Slattery, who ensures the character actually reads as an anxious soon-to-be teen mom.

Neither Stevie Zimmerman’s direction nor Austin’s performance as deflowered Bobby lend that teenage character convincing verisimilitude. He’s an all-American lunkhead you might find on a three-camera sitcom playing up the jokes about having sex with an older woman, while also plaintively playing his part in this very special episode about inappropriate behavior. An uneasy mix of sitcom sentiment and touchy grownup issues, Easy Women and its dysfunctional family earn their laughs without earning our involvement in the troubles they’ve seen.

André Hereford covers arts and entertainment for Metro Weekly. He can be reached at ahereford@metroweekly.com. Follow him on Twitter at @here4andre.
← Previous Story Spotlight: Monumental Theatre’s ‘Head Over Heels’
Next Story → Spotlight: Round House’s Playwrights on Plays