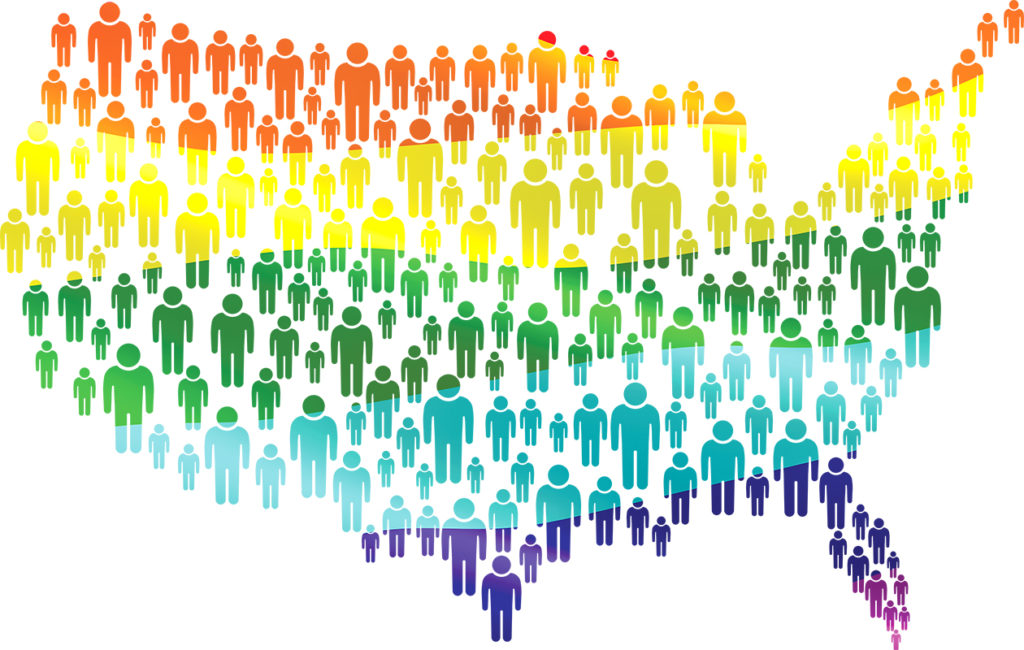 Today, Wednesday, April 1, the National LGBTQ Task Force is joining in the celebration of Census Day, a day meant to urge Americans to “stand up and be counted” by the U.S. Government. The Task Force is vigorously engaging its followers on social media, and has set up a virtual phone bank (stay at home!) for those with questions about filling out the massive nationwide survey.

Conducted every ten years, the Census, which is administered by the U.S. Census Bureau, is constitutionally mandated. Shifts in population result in changes to each state’s representation at the federal level. The results are used to assign seats in Congress and state legislatures based on population trends. They’re also used in redistricting, in which lawmakers “draw lines” in states to create areas with relatively equal numbers of residents. Those areas determine the balance of political power, both federally and locally, until the next Census in 2030.

“If [LGBTQ people are] not counted in the Census,” says Meghan Maury, Policy Director of the Task Force, “it’s harder for us to build that political power we need to make changes to anything — from what types of questions will be on the next Census to whether or not we have access to nondiscrimination protections.”

The Census asks each U.S. resident’s age, sex, racial and ethnic background, and religion, among other characteristics, but it does not inquire about sexual orientation or gender identity. (It does allow people to indicate whether they are involved in a same-sex marriage or relationship.)

Maury notes that while the Census contains no LGBTQ-specific questions — by design, courtesy of the Trump administration and a compliant Congress — there’s a “bigger picture” for LGBTQ folks to consider.

“The Census is used to allocate about a trillion and a half dollars of federal funding every year for programs like SNAP [food stamps], Medicaid, public housing, HIV programs, homelessness services, and scores of other things that LGBTQ people are disproportionally likely to need,” says Maury. “If we’re not filling out and getting counted in the census, it means that our communities aren’t getting the money they need to provide those services to LGBTQ people.

“It’s also used to make everyday decisions about our communities on a local level,” they continue. “When a community is trying to figure out where to put bus routes or where to open a new grocery store, they rely on census data. We need to be counted so that our communities are built in ways that make sense for us.”

While data on LGBTQ response rates is difficult to come by, traditionally the types of groups who may be undercounted include people of color, low-income earners, renters, people in rural areas, people experiencing housing instability, or members of other marginalized communities. Says Maury: “We know that LGBTQ people are disproportionately represented in all those communities, so we know our folks are less likely to respond because they also hold those other traits that are trackable.”

Maury hopes the Task Force’s campaign to “Queer the Census” by enlisting LGBTQ people to pledge to complete it, will provide a better understanding of how our democracy works. “A lot of us feel so disempowered because of how the government is treating LGBTQ people, people of color, religious minorities,” they say. “But there are tools we can use — like the Census — that give us a little more power in our democracy and allow us to build the future we want to see.”

For information about the Task Force’s ongoing “Queer the Census” campaign, visit www.thetaskforce.org/queerthecensus.

To participate in the U.S. Census, visit www.2020census.gov.

John Riley is the local news reporter for Metro Weekly. He can be reached at jriley@metroweekly.com
← Previous Story Tiger King’s Joe Exotic files $94 million lawsuit claiming he was targeted for being gay
Next Story → Colorado lawyer who called judge a “gay fat f*g” claims he’s “not a bigot”