Home / News + Politics / Nation / Anderson Cooper reveals he is a father, and he’s “beyond happy”

Anderson Cooper reveals he is a father, and he’s “beyond happy”

Cooper: “As a gay kid, I never thought it would be possible to have a child" 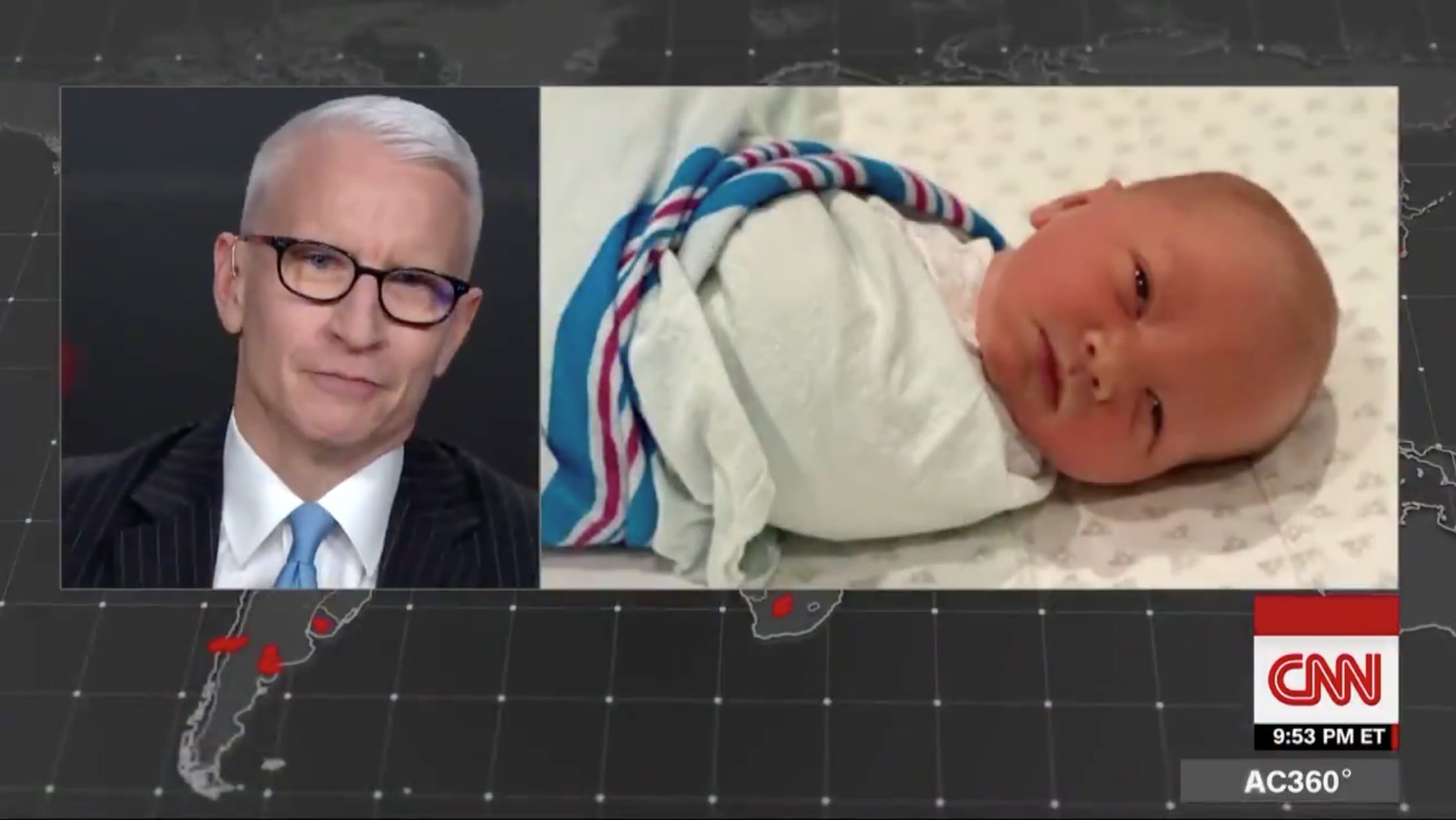 CNN host Anderson Cooper offered viewers a welcome reprieve from COVID-19 news during his Thursday night broadcast, announcing: “I am a dad.”

The 52-year-old host of Anderson Cooper 360° revealed that his son, Wyatt Morgan Cooper, was born to a surrogate on Monday.

“It’s been a difficult time in all of our lives, and there are certainly many hard days ahead,” Cooper said during the broadcast. “It is, I think, especially important in these times of trouble to try to hold on to moments of joy and moments of happiness.”

Cooper noted that many continued to “mourn the loss of loved ones,” but he wanted to “take a moment and share some joyful news” — news, it seemed, that he was still coming to terms with.

“On Monday I became a father. I’ve never actually said that before, out loud, and it still kind of astonishes me,” Cooper said. “I am a dad. I have a son. And I want you to meet him.”

Wyatt shares his name with Cooper’s father, who died when the anchor was 10, Cooper said, adding, “I hope I can be as good a dad as he was.” Cooper’s mother, Gloria Vanderbilt, died last year, and he honored her with the middle name Morgan, a family name on his mother’s side.

Cooper described Wyatt as “sweet, and soft, and healthy,” and said he was “beyond happy.” He also noted the progress — and the efforts of generations of LGBTQ activists — that had allowed him to become a father.

“As a gay kid, I never thought it would be possible to have a child, and I’m grateful for all those who have paved the way,” he said, “and for the doctors and nurses and everyone involved in my son’s birth.”

Cooper also paid tribute to his “remarkable surrogate,” adding that it was “an extraordinary blessing which she and all surrogates give to families who can’t have children.”

“I do wish my mom and my dad and my brother Carter were alive to meet Wyatt,” Cooper said. “But I like to believe they can see him. I imagine them all together, arms around each other, smiling and laughing and watching, looking down on us, happy to know their love is alive in me and Wyatt and our family continues; new life and new love.”