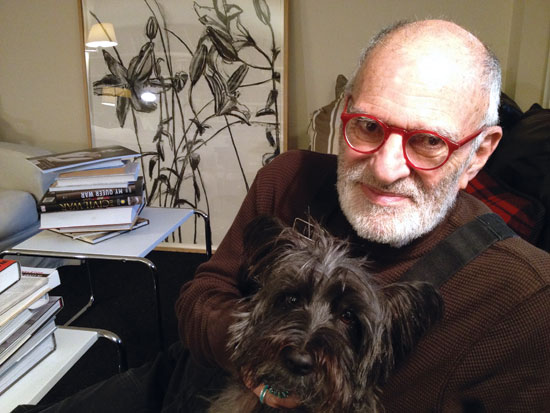 Larry Kramer, with his dog Charley, in his Manhattan home – Photo by Chris Geidner

Larry Kramer, the openly gay author, playwright and outspoken HIV/AIDS activist best known for his Tony Award-winning autobiographical play The Normal Heart, passed away in Manhattan on Wednesday morning at age 84 of complications from pneumonia.

Kramer, who lived with HIV for the last three decades of his life, was best known for his activism related to the disease — namely, the failure of the U.S. government to prioritize combating the disease as it ravaged various at-risk communities, including the LGBTQ community, during the 1980s and early 1990s. He is survived by his husband of nearly seven years, David Webster.

A founder of the Gay Men’s Health Crisis, an organization originally dedicated to serving HIV-positive people, Kramer was a provocateur who was abrasive and uncompromising, often criticizing and applying pressure to public officials and health experts in an attempt to goad them into seeking out a cure for HIV. After being kicked out of Gay Men’s Health Crisis for his approach, Kramer went on to found the AIDS Coalition To Unleash Power, or ACT UP, which embraced some of his more in-your-face or controversial tactics to gain publicity for the cause.

At the time of his death, Kramer was working on a play focusing on gay people surviving three plagues: HIV/AIDS, COVID-19, and the “plague” of aging, including the decline of the human body, reports The New York Times.

Kramer first became known as a writer in 1969 due to his screen adaptation of D.H. Lawrence’s Women in Love, which was nominated for an Academy Award and served as the the vehicle for which Glenda Jackson won the Oscar for Best Actress. He would later focus his writing on gay themes, gaining notoriety for his 1978 novel Faggots, which was scathing in its criticism of gay men for creating a subculture based around promiscuous sex, drug use, and sadomasochism.

Many of his criticisms were premised on the idea that gay men and lesbians were less likely to find fulfillment so long as they defined themselves primarily in terms of their sexual orientation. Instead, Kramer preached safe sex and the importance of affection, commitment, and stability in same-sex relationships.

In 1985, his best-known work, The Normal Heart, which was based upon his own life experiences, began a nine-month run at the Public Theater. Throughout the years, the play earned critical acclaim, most notably the Tony Award for Best Revival of a Play when it returned to Broadway in 2011. Kramer later wrote an adaptation of the play for HBO, which earned the 2014 Emmy for Outstanding Television Movie.

Several LGBTQ organizations mourned news of Kramer’s death and paid tribute to the impact he had on spurring action and greater scientific research, resulting in the creation of antiretroviral medicines that allowed those like him, who were living with HIV, to live longer, healthier lives.

“At the beginning of the HIV and AIDS crisis — when thousands of LGBTQ people and people of color were dying — Larry Kramer spoke up when our government was silent,” HRC President Alphonso David said in a statement. “Larry’s unending courage and tireless efforts helped awaken a nation to the urgent crisis of HIV and AIDS and brought us closer to a cure than ever before. Through his life and work, Larry Kramer inspired generations of advocates, many of whom are alive today because he dared to speak out and act up. We mourn the loss of this advocate, and rededicate ourselves to our collective responsibility of ending the HIV and AIDS epidemic — which unfortunately continues to largely impact people of color today — once and for all.” 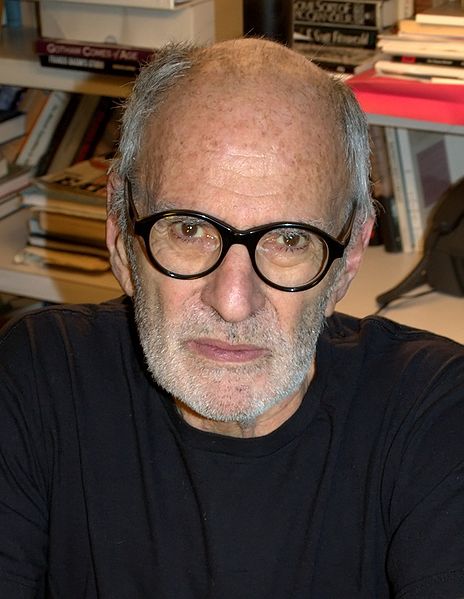 Paul Kawata, the executive director of the HIV advocacy organization NMAC, also praised Kramer as a “leader, a mentor, a friend, and a hero.”

“I was a kid when I started in the HIV/AIDS movement in the 1980s. Larry Kramer changed my life,” Kawata said in a statement. “Larry’s writings moved me and inspired me to take action. When he said ‘if you’re not mad as hell right now, we’re in trouble,’ he motivated me. He was able to put in writing what I needed to hear in order to stand up and fight. It was okay for me to be part of something that was bigger than I was. And I thank him for that.

“His advocacy, his activism, and his unrelenting willingness to fight for what was right have inspired so many in the U.S. and around the world,” added Kawata. “His voice, so eloquent, so passionate, and so determined, whether when he was speaking or writing were unparalleled in their impact. And he maintained that spirit until the end. He will be deeply, deeply missed by all of us at NMAC, not just professionally but personally.”

GLAAD President and CEO Sarah Kate Ellis also hailed Kramer’s contributions to the LGBTQ movement and on behalf of people living with HIV as “incalculable.”

“GLAAD and so many LGBTQ people and allies recognize Larry as an undeniable accelerant who not only fearlessly demanded change, but made it come to pass,” Ellis said in a statement. “We send all of our love to Larry’s loved ones during this time, and though we are saddened by his passing, we are forever grateful for his leadership and heroism.”