Man went on naked rampage in Harlem, stabbing boyfriend and cutting off his testicles 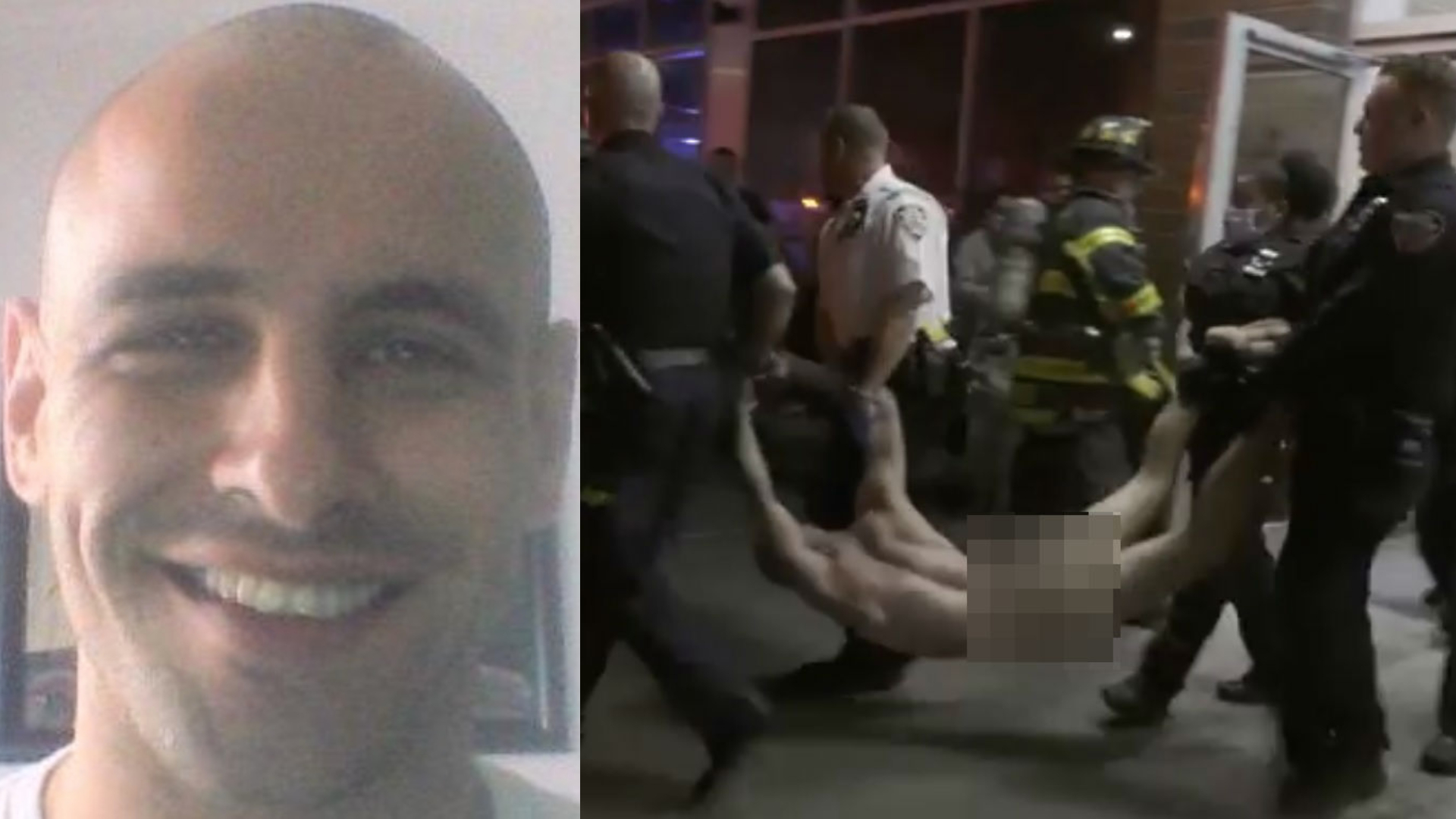 Aljo Mrkulic, in a photo from Facebook (left) and during his arrest (right)

A New York man has been charged with murdering his boyfriend in a brutal stabbing last Saturday in Harlem before attempting to set the apartment on fire and resisting arrest in an unusual manner.

Aljo Mrkulic, 31, of Queens, allegedly stabbed 30-year-old Christopher Rodriguez in a ninth-floor hallway inside a building on East 120th Street.

Police say the attack was caught on surveillance video, which reportedly shows Mrkulic dragging Rodriguez into the hallway and striking him across the torso and neck, stabbing him in the testicles in the process.

Rodriguez’s body was later found by police in the hallway “with his testicles mangled, his stomach partially cut open,” and suffering from multiple stab wounds, reports the New York Post. One resident told the Post that Rodriguez was also naked when he was killed.

After stabbing and mutilating Rodriguez, Mrkulic allegedly attempted to set a fire in the apartment, and, when first responders arrived on scene, was waiting for them at the door, with no clothes on, blocking them from entering.

When police arrived on scene and attempted to arrest him, Mrkulic allegedly bit two officers and engaged in a fierce struggle as multiple cops carried him naked out to an ambulance, where he was strapped to a stretcher and taken to a hospital before eventually being released and placed in holding.

Rodriguez’s mother, Jacqueline Perez, told the New York Daily News that her son had known Mrkulic since high school, and had allowed him to squat in his apartment because of compassion and pity, even helping him out with money.

“Aljo wanted wanted to be romantically involved but my son didn’t feel that way about him,” Perez said. She doesn’t know what could have led Mrkulic to contemplate murder, adding: “Nobody really knows what went on in that room.”

Mrkulic has been since been charged with first-degree murder, arson, and assault. He is next scheduled in court in July.