Pixar tackles coming out as gay in new Disney+ film ‘Out’ 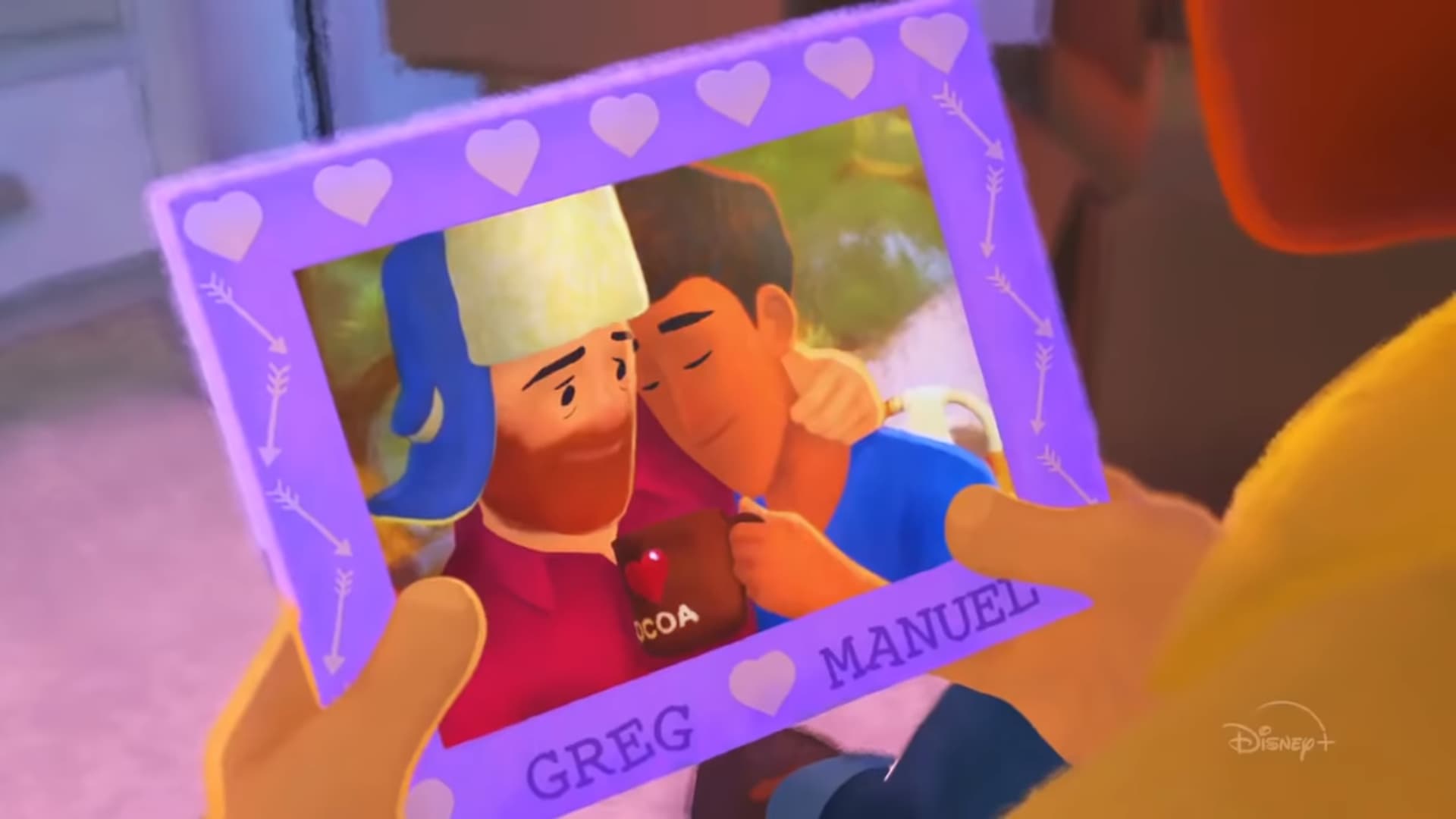 Written and directed by Steven Hunter, Out focuses on Greg, a young gay man preparing to move in with his boyfriend Manuel.

It’s a matter complicated by his parents dropping by for a surprise visit, forcing Greg to deal with coming out to them before they uncover the truth behind his move.

“With some help from his precocious pup, and a little bit of magic, Greg might learn that he has nothing to hide,” the film’s official description notes.

“These films are unlike anything we’ve ever done at Pixar,” Pixar president Jim Morris said in a statement, “providing an opportunity to unlock the potential of individual artists and their inventive filmmaking approaches on a smaller scale than our normal fare.”

Out is available now on streaming service Disney+. Watch a trailer for the short below:

Out also makes history as the first production from Pixar to feature a gay lead character. The studio has offered background characters and minor representation in its previous films, including a lesbian police officer in Onward, released earlier this year.

The studio was also the subject of a boycott by anti-LGBTQ protest group One Million Moms, which responded with typical rage over two scenes in Toy Story 4 depicting a child with two moms.

Mr. Gay World is a Spanish doctor who recovered from coronavirus

Rhuaridh Marr is Metro Weekly's managing editor. He can be reached at rmarr@metroweekly.com.
← Previous Story Film Review: Screened Out
Next Story → Film Review: The High Note