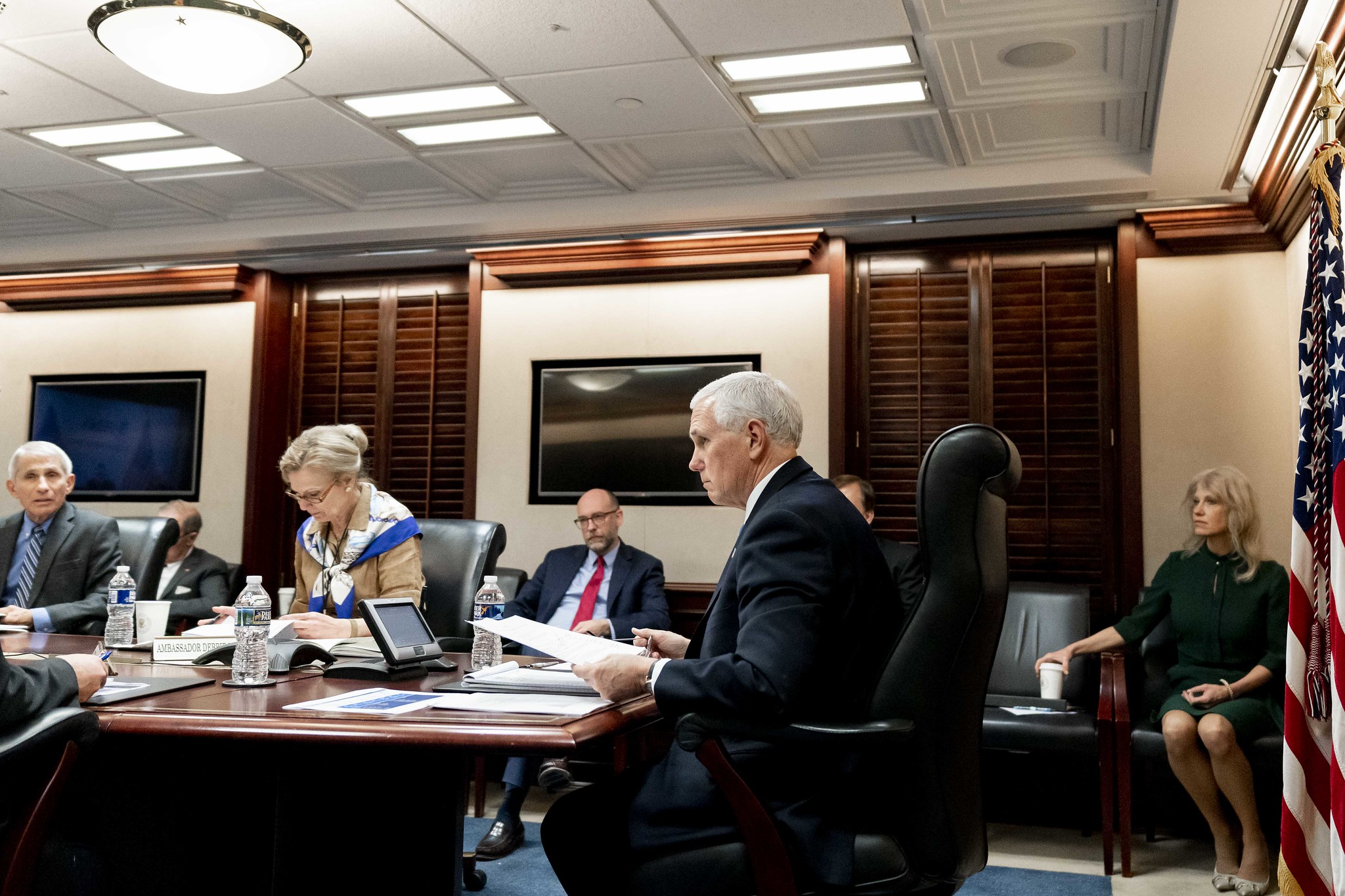 HIV, STD, hepatitis, and tuberculosis organizations are urging the White House’s COVID-19 task force to heed the lessons learned during the HIV epidemic and put best practices in place ahead of plans to “reopen” the nation’s economy.

It has been sent by the Federal AIDS Policy Partnership (FAPP), a national coalition of more than 120 local, regional, and national organizations advocating for federal funding, legislation and policy to end the HIV epidemic in the United States.

“As representatives of the community fighting HIV, hepatitis, sexually transmitted diseases(STDs), and tuberculosis (TB), our organizations have more than three decades of lessons learned about how to stem the tide of deadly pandemics,” the letter states. “We also know the devastation that is caused when these best practices are not followed, and American lives are unnecessarily lost.”

The organizations asked the Trump administration to heed their own advice, specifically the Ending the HIV Epidemic Initiative, which has set a goal of eradicating HIV/AIDS in the United States by 2030. The letter states that the best practices the government could implement in tackling the COVID-19 pandemic “include three of the pillars upon which your Ending the HIV Epidemic Initiative is based.”

“We urge you to ensure that these best practices for prevention and containment of the deadly novel coronavirus are put into place across the nation before any efforts to ‘reopen’ the economy are taken,” the letter continues.

The organizations are advocating four major steps for the government to take in efforts to tackle the pandemic, which has killed almost 71,000 Americans as of May 6, according to the CDC.

They argue that the government must exponentially expand COVID-19 testing “in order to focus on rigorous and universal community testing”; provide adequate resources for “a robust public health surveillance system,” with privacy protections to inform decision-making; build on existing contact tracing systems, to help identify those with COVID-19, alert them to their infection, and identify those they may have come into contact with; and ensure strong privacy protections to “combat fear of discrimination or legal peril for people in marginalized communities.”

Calling COVID-19 a “global pandemic of a magnitude we have not seen in our lifetimes,” the letter highlights the comparisons that have been made between the COVID-19 pandemic and the ongoing fight against HIV/AIDS.

Noting that the AIDS epidemic has claimed the lives of over 700,000 Americans, the organizations point to the more than three decades of work and experience by those on the frontlines of fighting HIV.

“[We] are saving more lives and [are] closer to ending the HIV epidemic than ever before,” the letter states, adding that “innovative drug development, groundbreaking preventive measures, coordinated public health responses, and federal government leadership” have led to “a playbook of best practices that can be applied beyond HIV.”

With regards testing for COVID-19, the organizations note that “widespread, easy access to testing is a cornerstone of battling any epidemic.”

“Our experience fighting the spread of STDs, hepatitis, HIV, and TB has demonstrated directly the value of testing not only those who show symptoms, but also people who are asymptomatic but at risk,” they write.

The letter urges Pence and the White House task force to “exponentially increase community-based COVID-19 testing capacity, enabling people who are mildly symptomatic and asymptomatic to be tested, everywhere in the country and especially in communities disproportionately impacted by COVID-19.”

The White House is also urged to hire an additional 100,000 workers nationwide to shore up the contact tracing system and to adapt the “high-impact prevention” methods used to identify and contain outbreaks of HIV by targeting resources to communities that require them.

In addition, the organizations urge stronger privacy protections for health data, to ensure “efforts to contain the COVID-19 outbreak [do not] contribute to the discrimination already experienced by people in marginalized communities.”

“Fear of discrimination or legal peril will deter people from seeking testing or treatment and undermine efforts to combat COVID-19,” they say.

“The White House Coronavirus Task Force should use the lessons learned in our fight against HIV, viral hepatitis, STDs and TB to inform our nation’s response to COVID-19. COVID-19 testing, surveillance and contact-tracing must be adequately expanded before the United States goes back to work,” the letter concludes. “If not, we may be stuck in a cycle of on-again off-again social distancing, continued preventable deaths, and further economic disruption as a result of this terrible disease.”

Last month, Dr. Anthony Fauci, director of the National Institute of Allergy and Infectious Diseases and member of the White House’s COVID-19 task force, said that the U.S. should double the number of tests being conducted.

Speaking on April 25, Fauci estimated that the U.S. was conducting between 1.5 and 2 million tests per week, CNN reports. But he added that “we probably should get up to twice that as we get into the next several weeks, and I think we will.”

As of Wednesday, May 6, the U.S. had conducted almost 7.8 million tests, according to The Atlantic‘s COVID Tracking Project.