10 Great Things to Do This Weekend – Editor’s Picks

From July 4th concerts to paddle-boating on the Potomac, here are our hand-picked recommendations for your leisure time! 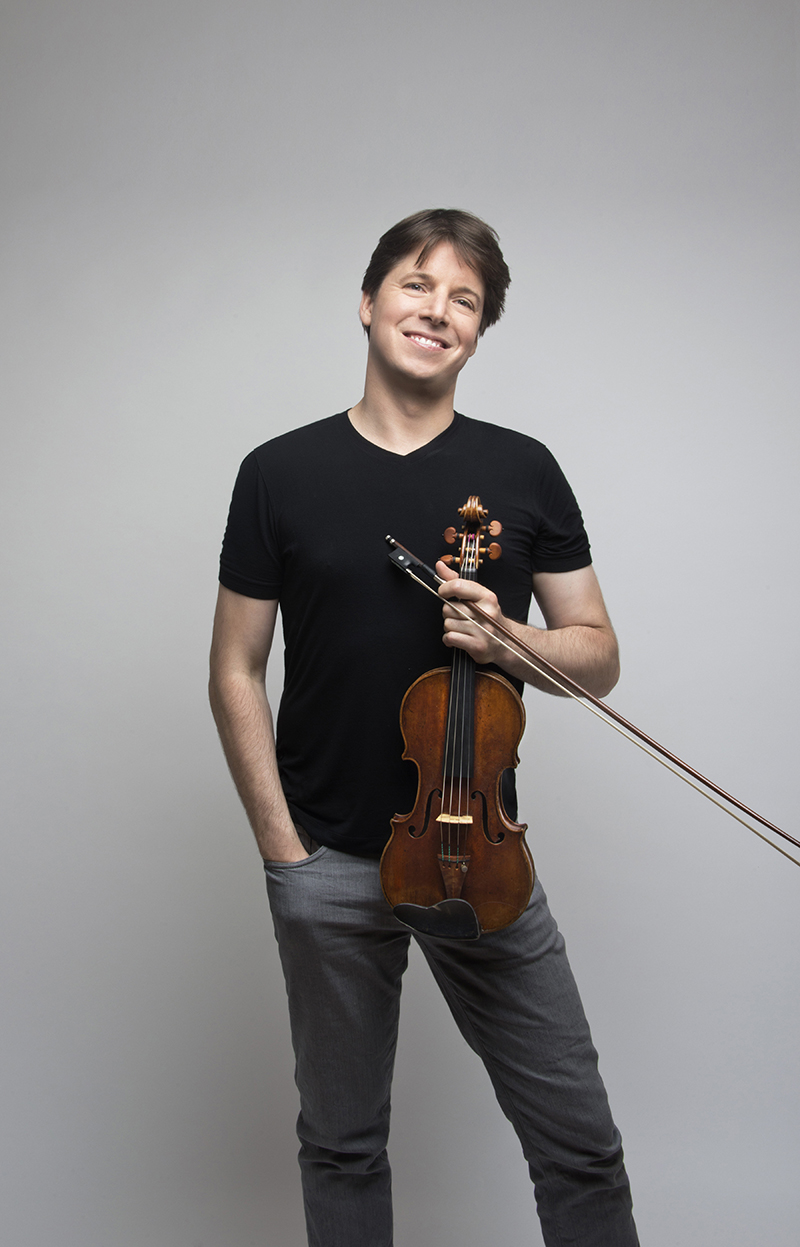 The United States Air Force Band will offer another virtual salute to the nation along with a group of star classical soloists presented by Washington Performing Arts. On Saturday, July 4, at 4 p.m., violinist Joshua Bell, soprano Larisa Martinez, and bass Soloman Howard will lead the virtual “A Tribute to the American Spirit,” a special holiday concert centered on “fun, patriotic favorites” and livestreamed from Maryland’s National Harbor. Aaron Gilchrist of NBC4 will host. Visit www.nationalharbor.com/july4.

While you won’t find this annual celebration of world culture on the National Mall this year, organizers have programmed a few events online as a kind of COVID-19 consolation prize. The schedule this weekend includes a “Barbecue Across Cultures” conversation between a pitmaster from the United Arab Emirates, and another from Baltimore, as well as the DJ showcase and dance party “HouseWork: Latina DJs Holdin’ It Down.” The weekend draws to a close with “Sisterfire SongTalk,” a concert highlighting the power of music and musicians in the fight for racial and social justice worldwide as organized by Roadwork, a D.C.-based multiracial, queer-inclusive coalition of feminist musicians. Barbara Dane, Martha Gonzalez, Leyla McCalla, and Amythyst Kiah will join Roadwork emcee Nicole Barden on Sunday, July 5, at 2 p.m. Visit www.festival.si.edu. 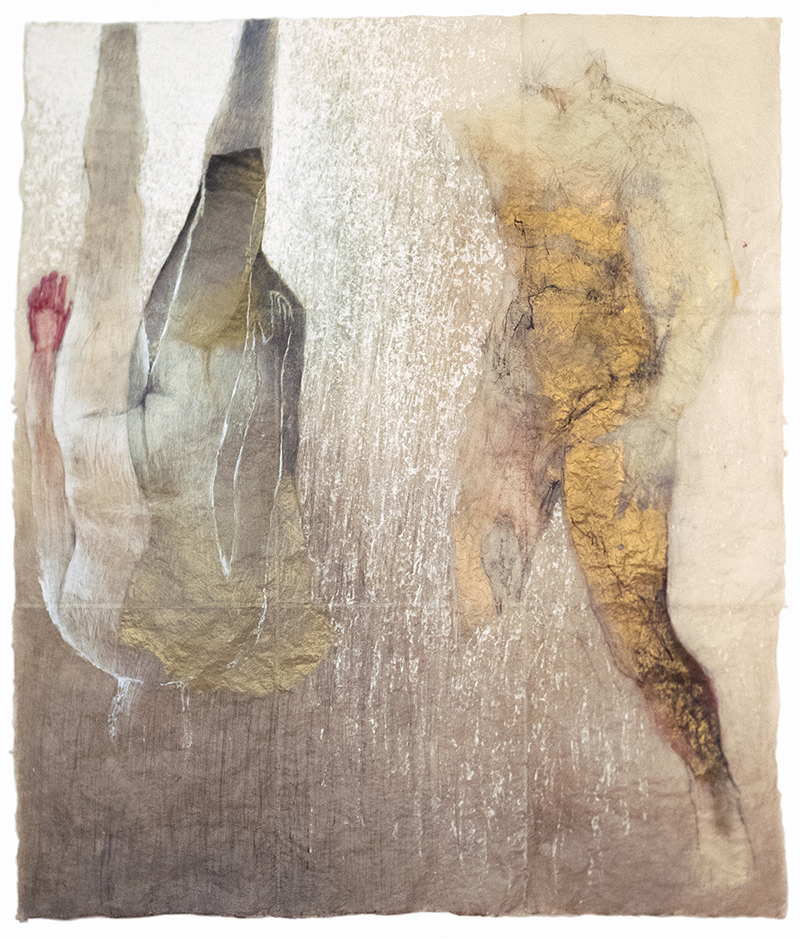 The Athenaeum Gallery: Everything is Double — By Elzbieta Sikorska

Alexandria’s Athenaeum is one of the first local galleries to reopen with Everything is Double, a display of mixed-media works by Elzbieta Sikorska. Through contrasting and juxtaposing different images, the artist’s works aim chiefly to scrutinize the cultural construct of duality — such as the notion that the “feminine” is the opposite of, and should be separated from, the “masculine.” However, as Sikorska writes in her artist statement, “[such] established divisions are getting murky the more we investigate them.” Furthermore, according to a note from the gallery, “the nuances of her work are best appreciated in person.” Thus, the stately Greek revival structure in Old Town welcomes contemporary art lovers with the understanding that the venue will be “practicing all safety measures” recommended by local officials, notably by limiting the number of guests allowed inside at all times, along with a request to don face masks. The gallery has taken the additional measure of posting images of Sikorska’s mixed-media works to its website as a virtual alternative. On display during regular gallery hours — Thursdays through Sundays from noon to 4 p.m. — through July 26. 201 Prince St., Alexandria. Call 703-548-0035 or visit www.nvfaa.org. 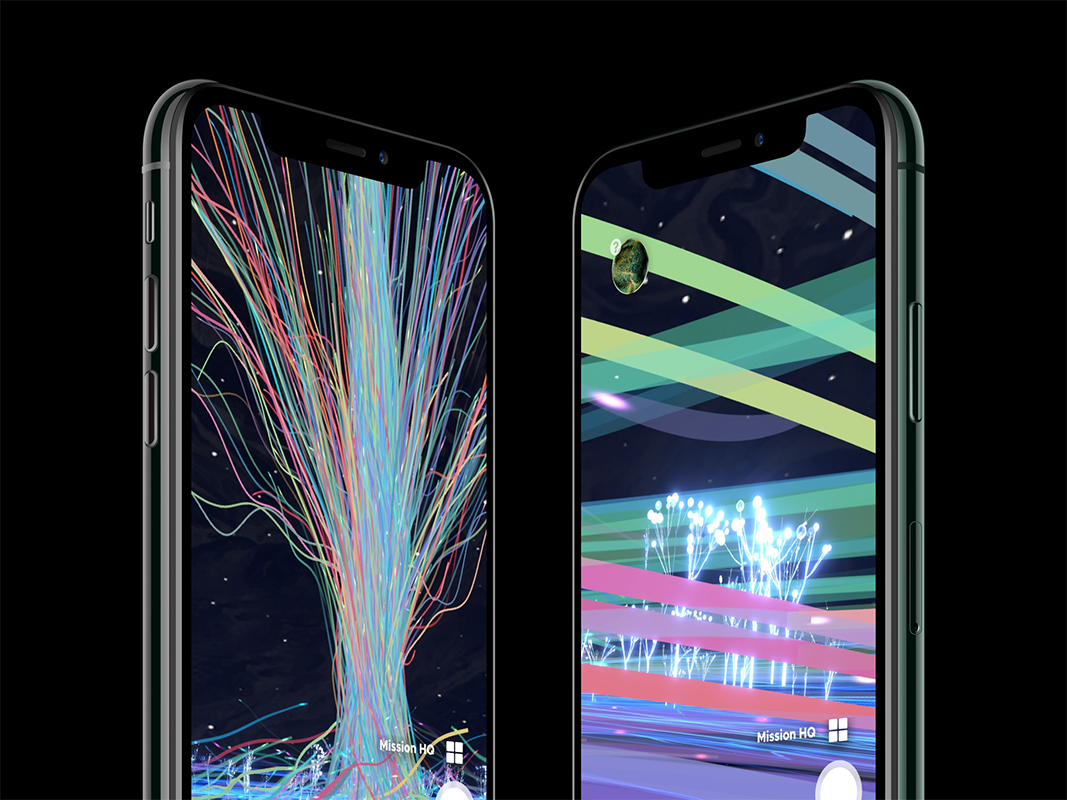 In partnership with the United Nations Foundation as a way to celebrate the global intergovernmental organization’s 75th anniversary, the innovative technology-driven art entity and gallery ArTecHouse has unveiled a mobile experiential app in which users are encouraged to add their voice and message. With support from Verizon, the Voice Our Future app features three “extended-reality” experiences with augmented and virtual reality components, and is meant to somewhat augment UN75 initiatives seeking to crowdsource activities and priorities to help shape the future. Visit www.artechouse.com to download the free app. 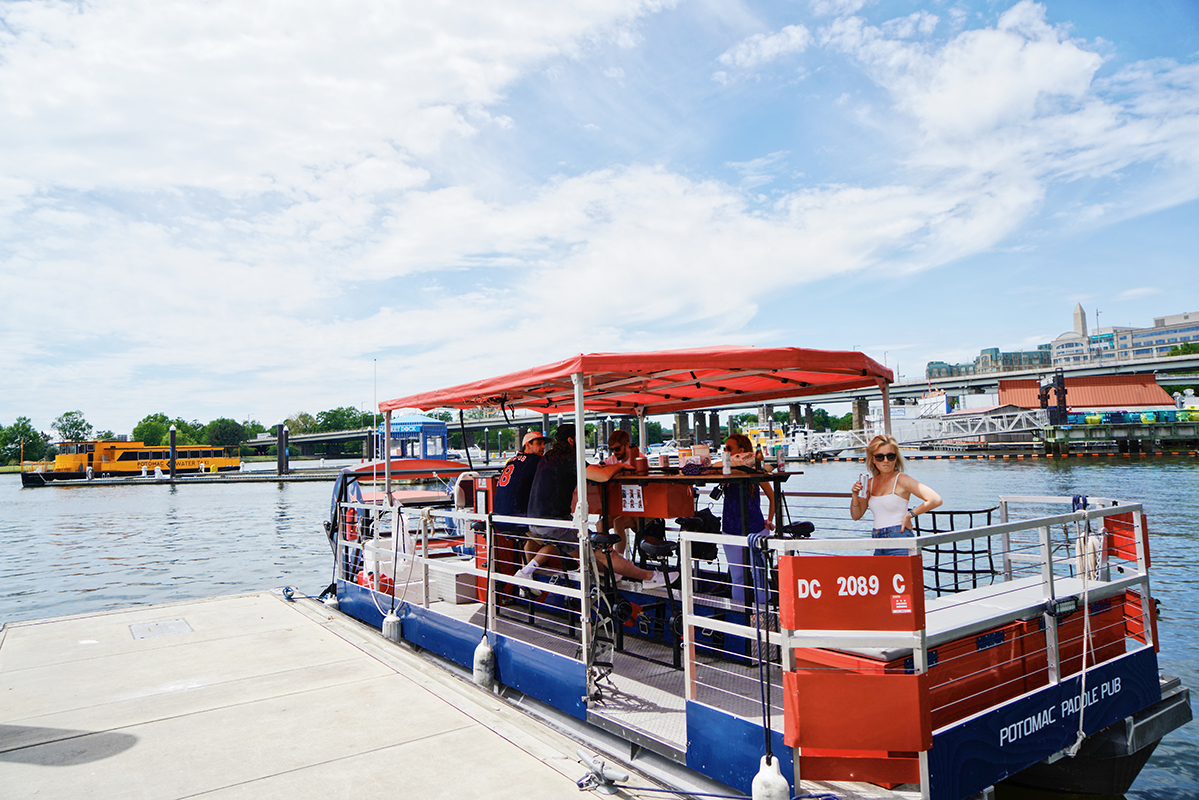 In need of an afternoon or evening getaway with a group of friends? Why not combine a little exercise — and booze — along with some classic Washington sightseeing? Touted as “the Nation’s Capital’s only passenger pedal boat,” the boats in the Potomac Paddle Club fleet offer a sail down the Potomac unlike any other. While a captain and a deckhand guide and oversee each outing, the company’s small vessels are propelled by a 6-foot paddle wheel powered by passengers who pedal in tandem. They’re currently taking private bookings by reservation only, in groups of up to 12 close friends, relatives, or colleagues that the company calls “Paddle Pods.” Each 90-minute trek starts and ends at the Georgetown Waterfront, with the Columbia Island Marina next to the Pentagon a midway stop. Groups are encouraged to bring their own coolers stocked with beer, wine, soft drinks and snacks. Price ranges from $350 for a Paddle Pod of 8 during the week to $550 for a Paddle Pod of 12 on weekends. Call 202-656-3336 or visit www.potomacpaddleclub.com.

TERRENCE MCNALLY: EVERY ACT OF LIFE

Tony-winning divas Chita Rivera and Tyne Daly will honor the life and legacy of Terrence McNally, along with the late playwright’s widower, producer Tom Kirdahy, during a discussion moderated by film critic David Rooney of the Hollywood Reporter on Wednesday, July 8, at 8 p.m. In addition to the virtual discussion and talkback, both PBS and Amazon Prime are hosting streams of the insightful American Masters documentary Terrence McNally: Every Act of Life. Visit www.everyactoflife.com for more details on how to RSVP for the talkbacks. 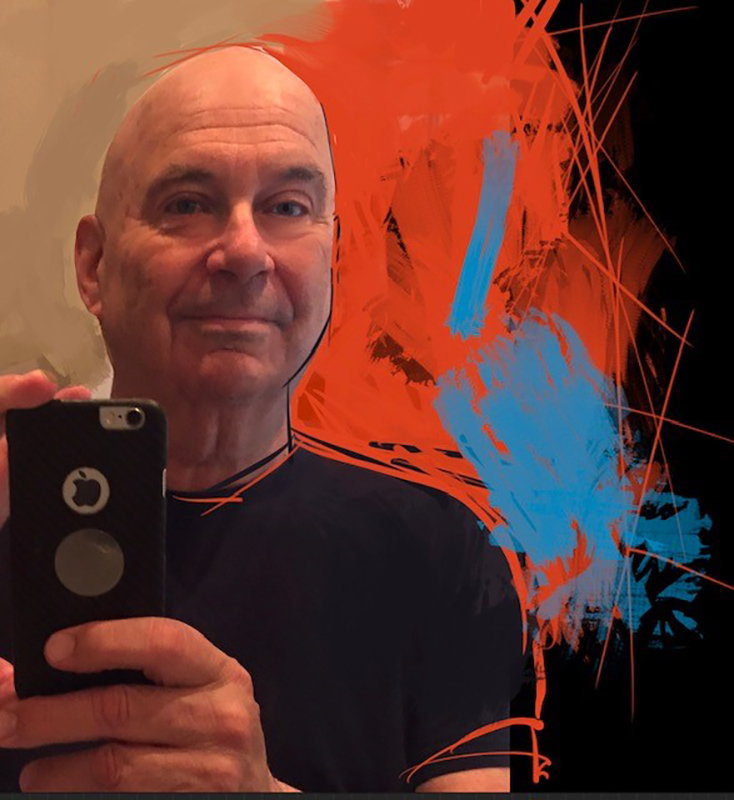 Arena Stage is shining a spotlight on a wide-ranging group of artists who have helped make the company such a powerhouse of regional theater by encouraging theatergoers to support them in an equally wide range of ways. Through the Artists Marketplace, patrons are being given opportunities to commission works as well as songs, performances, sit in on a class or a coaching session, or purchase original artworks. The marketplace will launch with actors Kate Baldwin, Lise Bruneau, Marsha Mason, Nicholas Rodriguez, Dawn Ursula, and Kirsten Wyatt, musician Victor Simonson, designers Paige Hathaway, Ken MacDonald, Jeanette Oi-Suk Yew, writer Mary Hall Surface, fight masters and intimacy choreographers David S. Leong and Jenny Male, voice and dialect coaches Lisa Nathans and Zach Campion, and pre-existing work of art from participating artisans and technicians Deborah Lynn Nash and Timothy M. Thompson. Visit www.arenastage.org/artistsmarketplace.

On Sunday, July 5, at 8 p.m., writer/director Patrik-Ian Polk will premiere a new episode of his groundbreaking gay Black TV series Noah’s Arc with this 15th Anniversary Virtual Reunion Special. Noah and his pals find themselves in the midst of COVID-19 and the #BlackLivesMatter movement in Noah’s Arc: The ‘Rona Chronicles, which comes 12 years after 2008’s Noah’s Arc: Jumping the Broom. Streaming from Patrik-Ian Polk Entertainment’s YouTube and Facebook pages, the episode reunites original cast members Darryl Stephens, Jensen Atwood, Rodney Chester, Doug Spearman, Christian Vincent, and Gregory Kieth, who will also take part in a post-show Live Q&A moderated by Karamo Brown of Netflix’s Queer Eye. Casa Ruby, Birmingham AIDS Outreach, G.L.I.T.S., In The Meantime Men’s Group, LGBT Detroit, Mobilizing Our Brothers Initiative, and the Oakland LGBTQ Community Center will all benefit from the fundraiser, sponsored by GLAAD and Impulse DC, whose goal is to raise $100,000. Visit www.noahsarcreunion.eventbrite.com for the special. 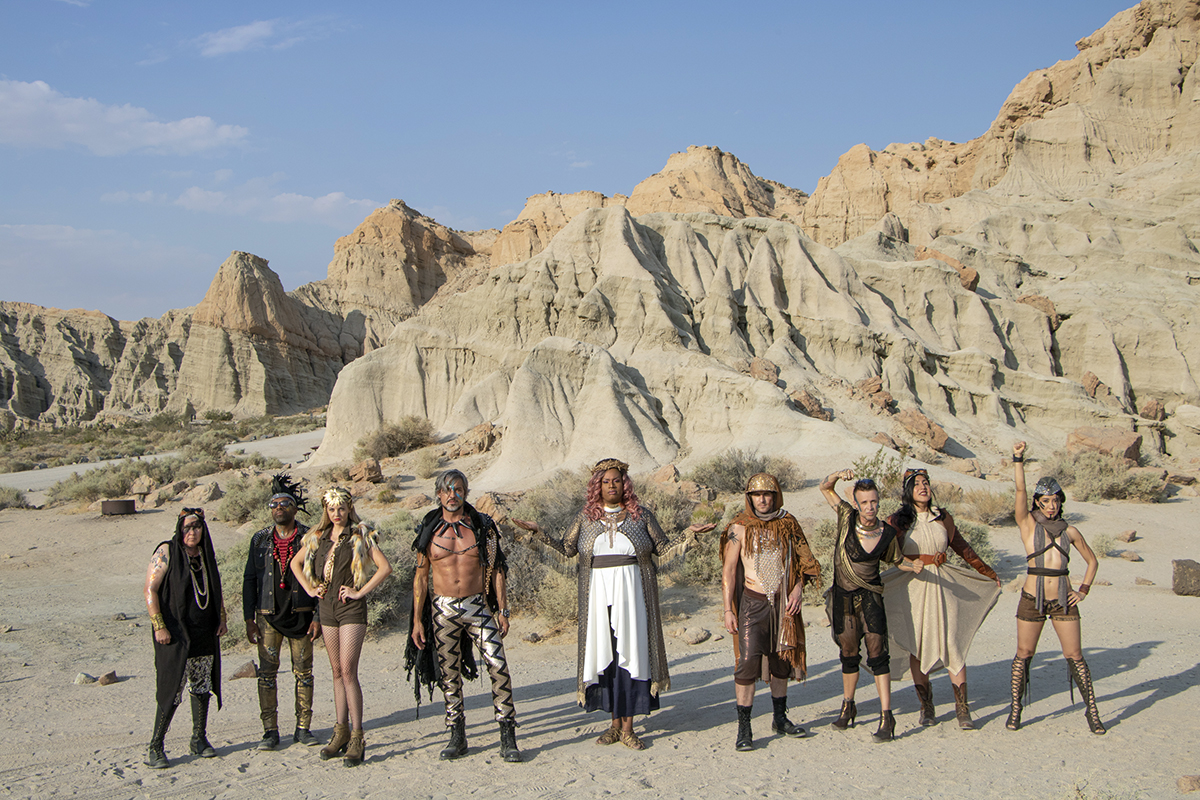 Four years ago, a diverse group of everyday LGBTQ Angelenos were motivated to take on the NRA and to challenge America’s obsession with gun violence in response to the tragedy at Orlando’s Pulse Nightclub. Filmmaker Julianna Brudek captures their initial foray into activism, which culminated in a cross-country trek to take part in the Disarm Hate Rally organized by Jason P. Hayes on the steps of the Washington Monument two months after Pulse. The documentary, narrative by Harvey Fierstein, is billed as “a call to action for anyone new to activism, tired of divisive media politics, and ready to get out and make the world a better place.” Available on most streaming platforms, including Amazon Prime, FandangoNOW, and Comcast’s InDemand.