11 Great Things to Do in DC This Weekend

From livestreamed theater to Olympia Dukakis to PBS's short film festival, here's our handpicked recommendations for your leisure time! 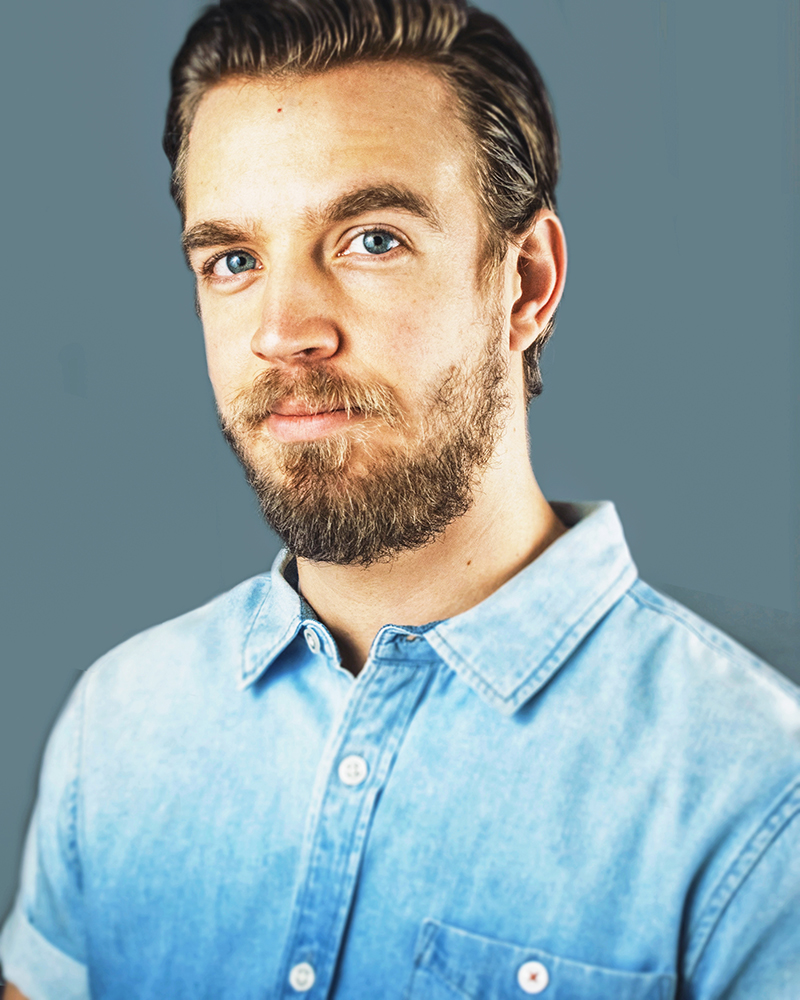 Monumental Theatre Company has assembled a cast of actors and musicians for a staged reading of a new musical written by local actor/director Ricky Drummond, featuring music from the Oh Hellos, a Texas-rooted folk-rock collective led by siblings Maggie and Tyler Heath. Desiderium depicts the family members and friends struggling to express their grief and move forward after the death of a teenager. Caroline Dubberly directs a seven-member cast while Marika Countouris leads a whopping 12-member band. The reading, livestreamed on the company’s Facebook page, will be followed by a talkback with the cast and creative team. Monday, July 20, at 8 p.m. Free. Visit www.monumentaltheatre.org. 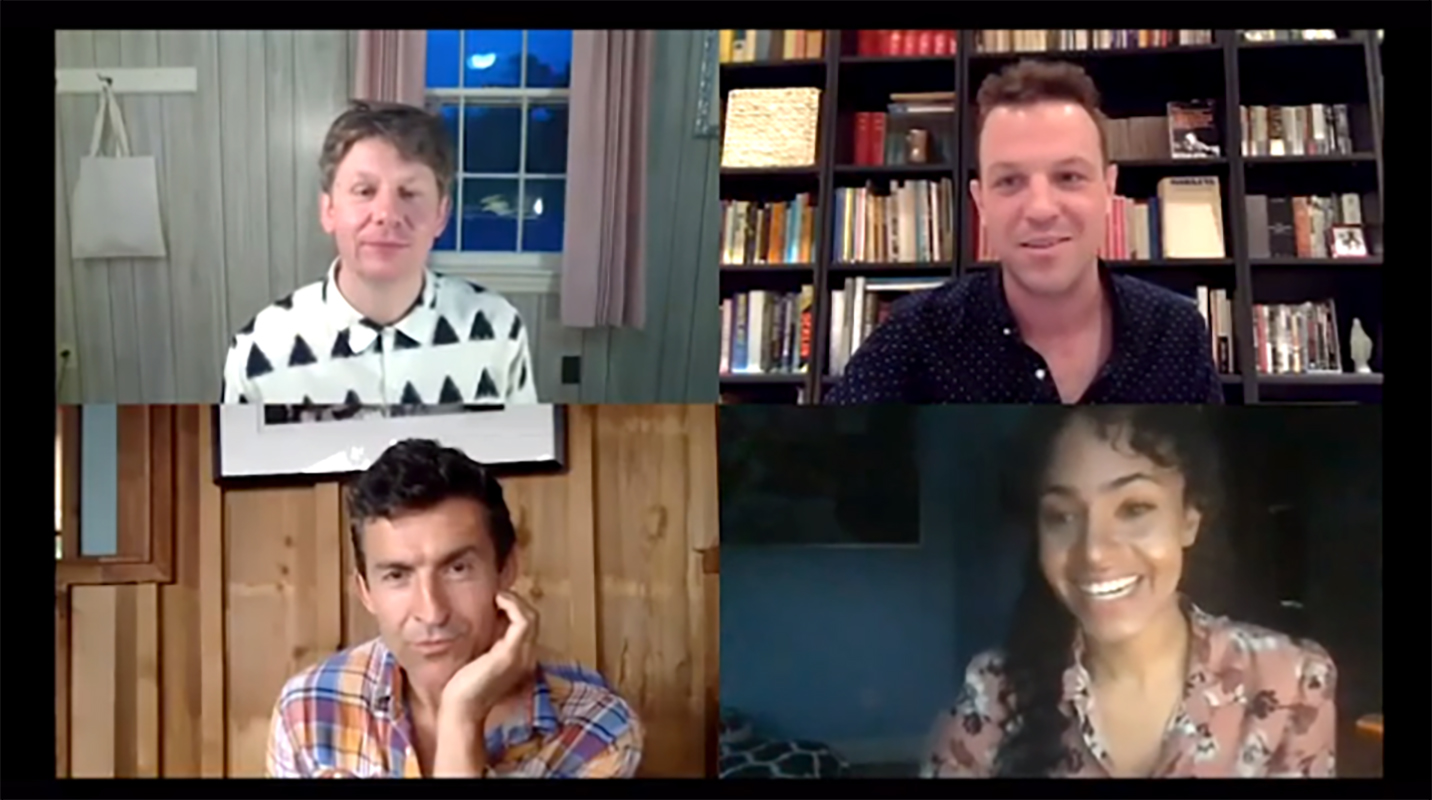 Over the past few months Simon Godwin, artistic director of the Shakespeare Theatre Company, and his creative crew have been hosting a weekly videocast that finds Godwin and dramaturg Drew Lichtenberg in conversation with various theatrical luminaries discussing the bard’s works. The last two Wednesdays in July bring “Shakespeare & Opera,” a discussion with operatic tenor Russell Thomas and Washington National Opera’s Francesca Zambello, exploring Shakespeare’s influence on creators working in an entire artistic genre other than literature (July 22), and “Shakespeare & Politics,” a discussion with Maureen Dowd, the Pulitzer Prize-winning New York Times columnist, Harry Lennix of NBC’s The Blacklist, and author Tina Packer of Shakespeare & Company, examining how frighteningly contemporary and relevant Shakespeare’s depiction of politics can be (July 29). Each “Shakespeare Hour Live!” session starts at 7:30 p.m. Tickets are $10 for non-STC members. Visit www.shakespearetheatre.org.

Local actor J.J. Johnson had planned to make his debut as a playwright at this year’s Capital Fringe until the summer festival was canceled due to the pandemic. Instead, 4615 Theatre’s resident artist Reginald Richard will direct a free staged reading of Johnson’s coming-of-age comedy about a black dreamer whose aspirations are a lot bigger than his small, working-class Virginia hometown. Loosely adapted from Johnson’s real life and set in the 1980s and 1990s, Wannabe will be livestreamed with an eight-person cast led by Evin Howell. Thursday, July 23, at 8 p.m. Free. Visit www.facebook.com/4615theatre.

Olympia Dukakis (Moonstruck) is the focus of this intimate, fly-on-the-wall documentary that portrays the celebrated “octogenarian motherfucker” in all her brutally honest glory. The Massachusetts-born actress recounts her life story, warts and all, from rebelling against her hidebound Greek mother to charting her own way as an actress, with detours along the way to unflinchingly address bouts with addiction and depression. Olympia also features tributes from notable colleagues including Laura Linney, Diane Ladd, Whoopi Goldberg, Lainie Kazan, and Ed Asner, as well as Tales of the City creator Armistead Maupin and her famed political cousin, former U.S. presidential candidate Michael Dukakis. Now streaming through independent theaters nationwide, including the JxJ virtual programming of the Edlavitch DCJCC. Tickets are $12 for a 72-hour watch period. Visit www.olympiathefilm.com.

THE PINEAPPLE COLLECTIVE: RAISING THE BAR

Founded five years ago to help foster a sense of community among women in D.C.’s budding food scene, the Pineapple Collaborative has since become a national entity operating in several markets and offering a range of products and publications benefitting and spotlighting female foodies and entrepreneurs. Yet the organization’s bread and butter are the culinary events it organizes, from cooking classes to product tastings to panel discussions, designed as judgment-free, safe-space gatherings open to all but designed with women in mind. The group has been expanding its virtual presence, with the next offering a conversation and demonstration with Ashtin Berry, a New Orleans-based sommelier who has become nationally recognized as a diversity and equity activist and consultant in the hospitality industry. Berry will focus on upping the home bartender’s game while also dipping into the history and projecting the future of the spirits and beverage industry. Sponsored by Caviar, the food delivery app will offer attendees $15 in credit to be applied to a future order from any of the woman-run restaurants featured in the “Pineapple x Caviar’s Women-Powered Collection.” The roster includes 17 establishments in D.C., including Prescription Chicken, HipCityVeg, Purple Patch, Ethiopic, and Pizzeria Paradiso. Wednesday, July 22, at 8 p.m. Tickets are pay-what-you-can, with suggested pricing tiers of $5 to $25 (plus Eventbrite fees). All proceeds go to panelist Berry, in recognition of lost income due to COVID-19. Visit www.pineapplecollaborative.com/events.

Every Wednesday through September the American Folklife Center at the Library of Congress presents artists, in pre-recorded concerts from home, who represent a variety of music from folk cultures around the world. Among the offerings over the next two months are concerts focused on creole music from Louisiana, old time American fiddle music, music from the Balkan diaspora, African-American spirituals and freedom songs, and Black bluegrass. Next, however, are two musicians from Sweden, Emma Björling, a music teacher and choral arranger as well as one of the foremost singers of Swedish folk songs, and Petrus Johansson, a trained guitar and bass teacher and freelance jazz and rock guitarist. Wednesday, July 22, at noon. Free. Visit www.facebook.com/americanfolklifecenter for the premiere on the day of, or www.youtube.com/loc to watch all the concerts in the series.

This celebration of independent film and filmmakers features 25 shorts grouped into five topical categories: culture, the environment, family, humanity, and race. This year’s films, selected and provided by 18 PBS member stations and producing partners, offers at least four with LGBTQ interest or appeal, including In This Family, Del Rosario’s 12-minute drama centered on a man who revisits 10-year-old recordings capturing his Filipino family’s reactions after a teacher outed him as gay; Sweetheart Dancers, Ben-Alex Dupris’s documentary focused on a Two-Spirit couple out to shake up Native-American culture by participating in the traditional “Sweetheart Dance” at powwows across the country; Joyride, a poignant drama by queer Nicaraguan-American multidisciplinary artist Edwin Alexis Gómez; and Knocking Down the Fences, Meg Shutzer’s documentary about AJ Andrews and her breakthrough prowess on the softball field. Viewers can vote for their favorite film to determine the #PBSFilmFest’s Most Popular awardee, while a panel of seven independent film industry executives will select the Juried Prize. All films screen individually, plus several multi-film screenings offered by category as Facebook Watch parties. Visit www.pbs.org/filmfestival. 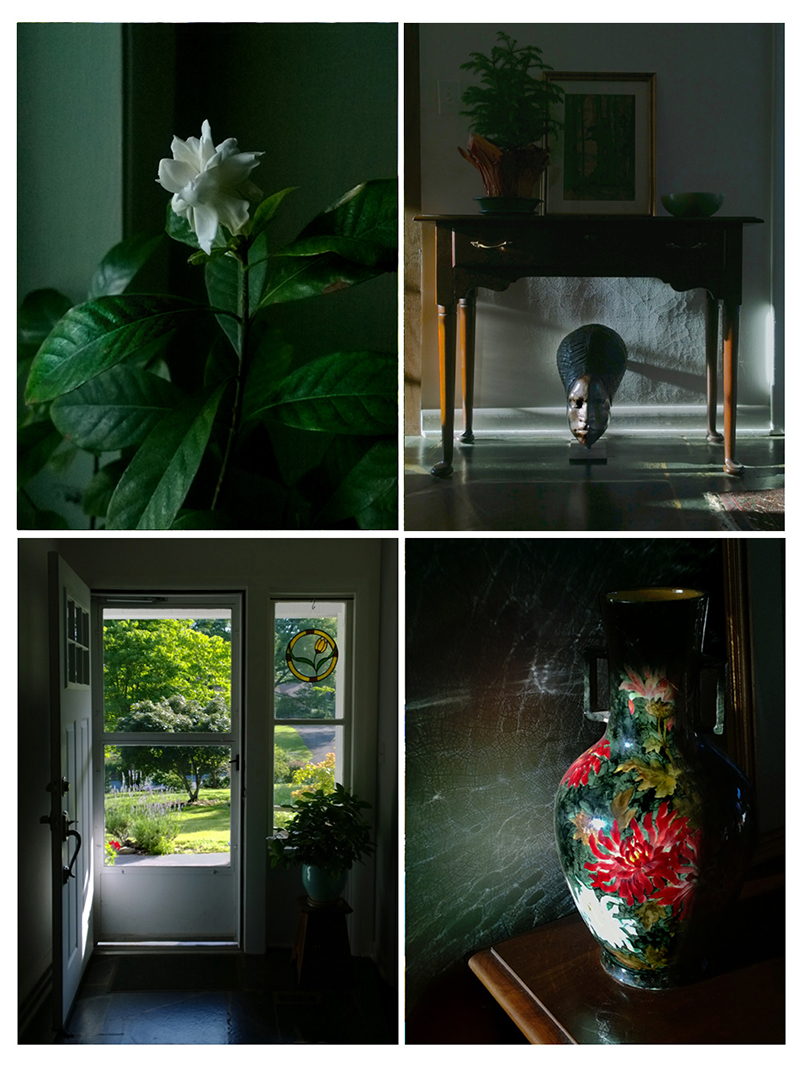 SNAPS FROM MY HOME: ONLINE EXHIBITION

In 1990, artist David Hockney offered Snaps of My House, a collection of images of his Hollywood home captured using his very first digital camera. In homage to Hockney, Charlottesville’s Second Street Gallery presents an online photo exhibition that grew out of This Familiar Space, its previous online exhibition, still on view, featuring works by Stacey Evans. Evans along with Second Street’s Kristen Chiacchia curated Snaps From My Home by selecting among the many digital images submitted by a variety of artists taken in and around their own home along with their artistic statements about their relationship to home. Taken as a whole, the exhibition explores how the past few months of stay-at-home orders have affected artists and how they view their surroundings. Launches online Friday, July 17, at 5 p.m. On view through Aug. 21. Visit www.virtualssg.org. 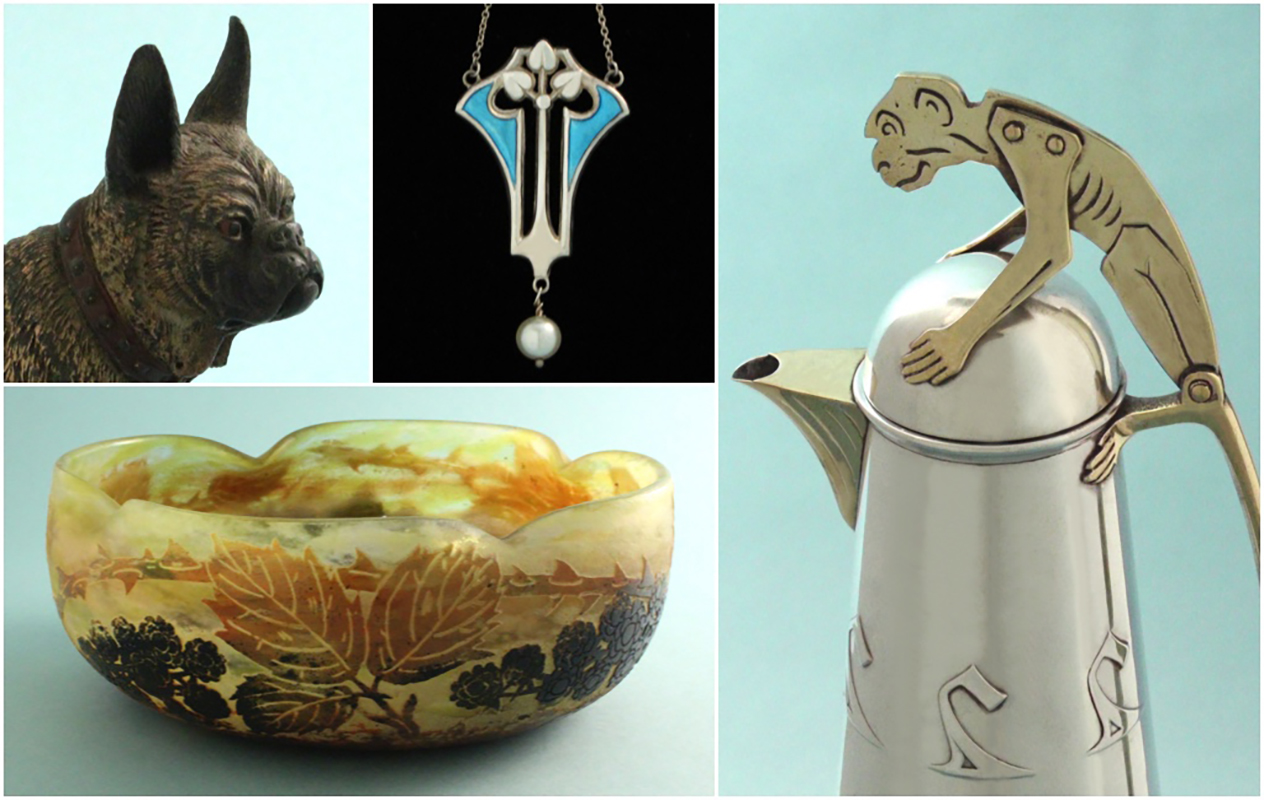 COVID-19 will lay claim to another long standing member of D.C.’s LGBTQ business community when Bruce Marine closes his Georgetown gallery at the end of the month. For nearly 37 years from its prime M Street storefront location, the Cherub Antiques Gallery has peddled many fine pieces of bar ware, sculpture, candelabra, art glass, and other decorative art primarily in the art nouveau and art deco styles, with an emphasis on works from the U.K. and Western Europe. Most of the remaining collection is viewable online, with all items on sale, reduced up to 50%. Open Thursday through Saturday afternoons and by scheduled appointment. Ends August 1. Located at 2918 M St. NW. Call 202-337-2224 or visit www.cherubantiquesgallery.com. 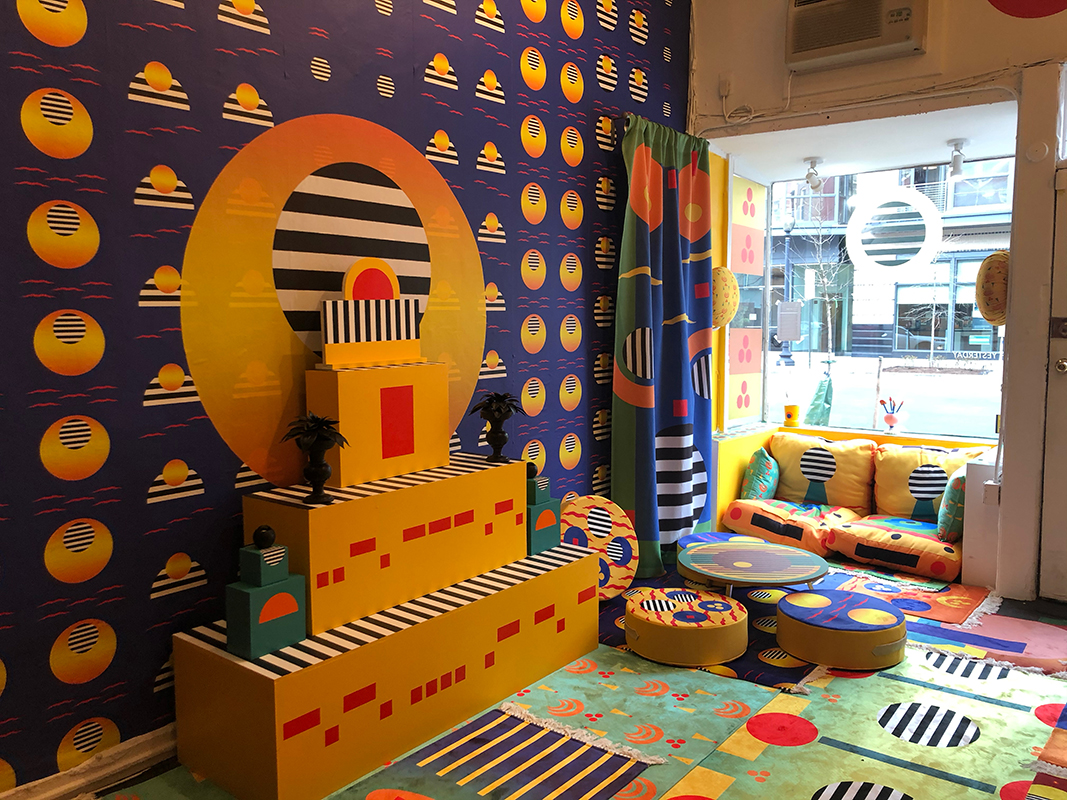 Transformer: Which Yesterday Is Tomorrow?

WHICH YESTERDAY IS TOMORROW?

Transformer, Logan Circle’s boutique art gallery, presents works by Dahlia Elsayed and Andrew Demirjian that reimagine the Silk Road caravanserai (central courtyard) as a potential site for exchanging ideas and culture through a multi-sensory, site-specific installation. The exhibition will have a one-day-only reception, limited to a socially distanced few. The artists have created a small batch of masks featuring the exhibition’s design motifs to be distributed while supplies last. They will also be on hand to discuss their work and conception as well as to help participants pause and reconnect with the ancient senses, rituals, and mythologies represented. Open to mask-wearing visitors on an individual, one-by-one basis this Saturday, July 18, from 2 to 6 p.m. Located at 1404 P St. NW. Call 202-483-1102 or visit www.transformerdc.org. 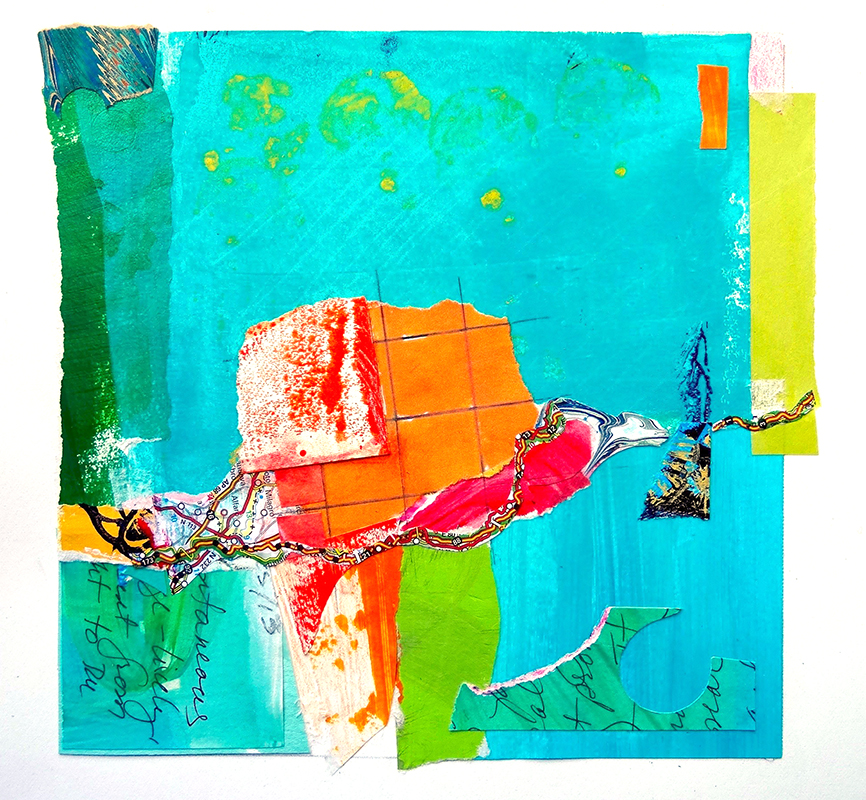 Local artists have set out to depict their personal experiences with life during a global pandemic in an exhibition of new works at the VCA Alexandria Animal Hospital. Presented by Del Ray Artisans through the artist collective’s Gallery Without Walls program, Quarantine Creations showcases works by the gallery’s member artists, including Linda S Lowery’s All Stocked Up, an oil painting featuring a wooden wine rack fully stocked with bottles of red wine, and Suzanne Tillman’s Flattening the Curve, a colorful abstract collage. The exhibit doubles as a benefit for the nonprofit gallery, with participating artists pledging to donate 20 percent of sales. The exhibit is on full display online, or by scheduling an in-person visit to the hospital. Ends Oct. 24. VCA Alexandria Animal Hospital, 2660 Duke St. Call 703-751-2022 or visit www.DelRayArtisans.org.

Doug Rule covers the arts, theater, music, food, nightlife and culture as contributing editor for Metro Weekly. Follow him on Twitter @ruleonwriting.
← Previous Story Out On the (Virtual) Town: Arts and entertainment highlights — July 9-15, 2020
Next Story → 12 Great Things To Do in DC This Weekend