The works of the late Joel Schumacher were filled with broad gestures and outré touches. 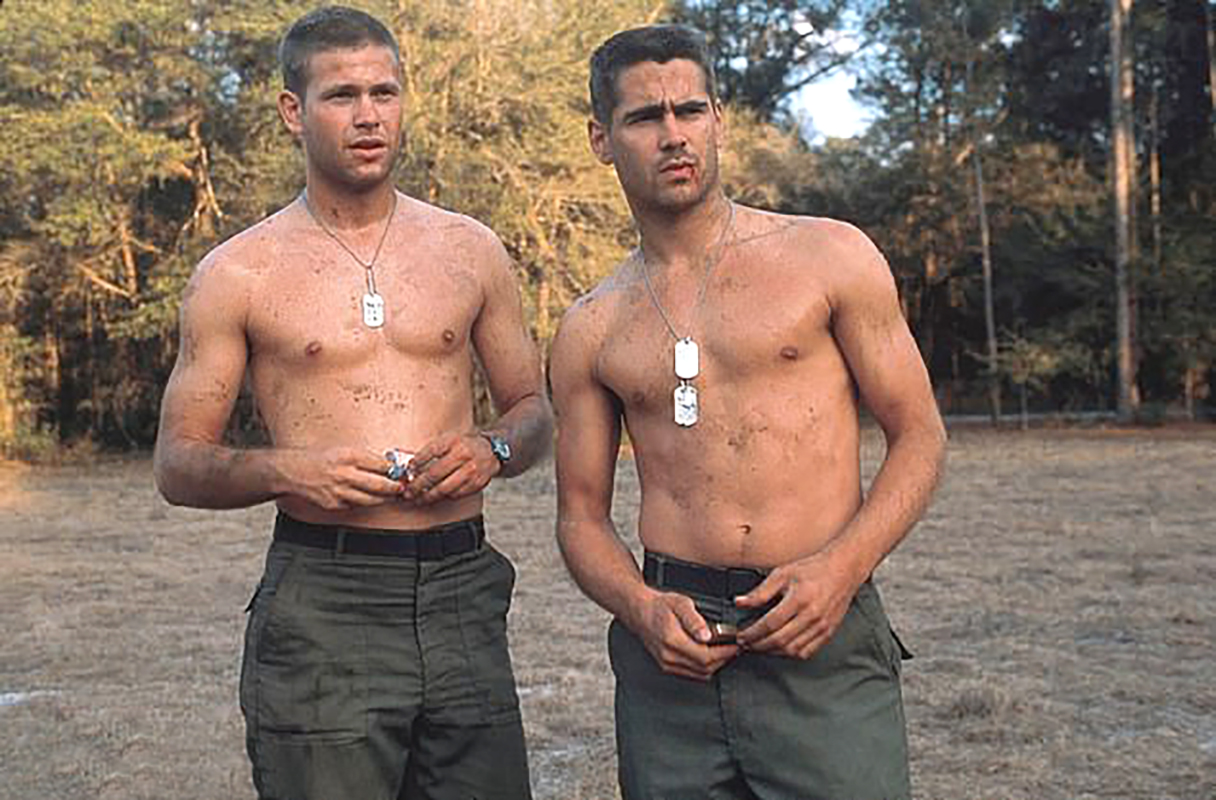 Decades before he added nipples to the Batsuit, Joel Schumacher was dressing windows at New York’s famed Henri Bendel department store and partying the Pines with Halston. Sex, drugs, and fashion ruled the native New Yorker’s world through the ’60s and into the ’70s, as he careered from window dresser to working as costume designer on several notable films of the era, including Sleeper and Neil Simon’s The Prisoner of Second Avenue. The city was his playground, but Schumacher soon decamped for Hollywood, where he’d amass a list of blockbuster credits as screenwriter, producer, and one of the few out gay directors working at the top of the movie business in the ’80s, ’90s, and 2000s.

The legendary filmmaker — who succumbed on June 22 to cancer at the age of 80 — leaves a legacy of memorable hits and notorious misses that can be appreciated for more than the visual flair he brought to movies like Flatliners and The Phantom of the Opera. He also cultivated stories about compassionate underdogs and nonconformists across a variety of genres. He nurtured young talent, taking a chance casting future stars Matthew McConaughey and Colin Farrell in their first lead Hollywood roles, A Time to Kill and Tigerland, respectively. And, yes, he’ll be remembered as the director who thought Batman and Robin’s outfits might be improved by molded nipples, buttcheeks, and codpieces.

Schumacher’s cinema was a world of broad gestures and outré touches. Yet, within that world, all were welcome, especially those who came to play. Minnie Driver, who costarred as Carlotta in Schumacher’s adaptation of Andrew Lloyd Webber’s Phantom, tweeted upon his death that he “was the funniest, chicest, most hilarious director I ever worked with,” recalling that during production on the musical, he spoke up in her defense when an actress on set complained that Driver’s performance was dreadfully over-the-top. True to his spirit as an impresario of spectacle, “Joel barely looked up from his New York Times and said, ‘Oh, honey, no one ever paid to see under-the-top.’”

What follows is a list of essential Joel Schumacher films, in order of preference, which are available for purchase on various streaming sites, including YouTube, Amazon, Vudu and iTunes.

Schumacher hit the ground running in Hollywood as screenwriter of Sparkle, a musical gem about three Black sisters from Harlem chasing singing stardom. According to the film’s producer Howard Rosenman, he and Schumacher met at Fire Island Pines in the summer of ’71, and their shared love of R&B and soul music led them to conceive Sparkle’s dramatic story of a girl-group torn asunder by drugs and ego. After a script by Lonne Elder, the Oscar-nominated Black screenwriter of Sounder, was rejected, Schumacher tackled the writing himself, with the hope that he would direct. The studio stuck with Schumacher’s version, but insisted that Sam O’Steen direct and that R&B superstar Curtis Mayfield write the music (Rosenman wanted Ashford & Simpson). The songs still bop, so they were right about the music. The performances by newcomers Irene Cara and Philip Michael Thomas, and particularly Lonette McKee as strung-out diva Sister, still sparkle. And Schumacher’s screenplay, written at a time in his life marked by his own substance abuse and recovery, captures in Sister’s downfall the dark stubbornness of addiction. Over the next few years, he’d write two other films also regarded as cult classics of Black cinema — Car Wash (1976) and the screen adaptation of stage hit The Wiz (1978) — and bookend the era writing and directing the Cara and Mr. T vehicle, D.C. Cab (1983).

Passed over to direct Sparkle, Schumacher made his feature directing debut replacing another filmmaker, John Landis, at the helm of this quirky, effects-driven comedy starring Lily Tomlin. Hot off the massive success of 9 to 5, Tomlin was cast as suburban housewife Pat Kramer, whose exposure to a variety of household chemicals and products results in her gradually shrinking out of sight. Besides its forward-thinking storyline, the film marked a rare big-screen collaboration between Tomlin and her longtime partner (now wife) Jane Wagner, author of Tomlin’s one-person hit, The Search for Intelligent Signs of Life in the Universe. Marshaling Wagner’s knowing script and a cast that also included Charles Grodin, Ned Beatty, and Tomlin’s Laugh-In co-star Henry Gibson, Schumacher turned in a gloriously gaudy satire of American consumerism. The effects don’t entirely hold up — see the lab-kept gorilla Sydney who looks exactly like a guy in a gorilla suit — but the film’s environmentally-conscious message still resonates.

In the ’80s, making box office hits often meant matching the onscreen action to a set of marketable songs. The director learned that lesson well with his first zeitgeist-riding hit, St. Elmo’s Fire (1985), which helped cement the popularity of the Brat Pack, and also produced a Billboard #1 song, “St. Elmo’s Fire (Man in Motion).” A couple of years later, the soundtrack for his teen vampire thriller The Lost Boys did an even better job of providing a sonic backdrop that expressed the characters, atmosphere, and attitude of the movie at hand. The horror and pathos evoked by a California town crawling with murderous bloodsuckers become inextricable from composer Thomas Newman’s eerie carnival score and the movie’s haunting theme song, “Cry Little Sister,” by Gerard McMann. Schumacher matched the music to some of the most suspenseful action he ever put on film. And, who but he would have built a pivotal concert sequence around a beefy, oiled, shirtless singing saxophonist in a leather codpiece and tights? 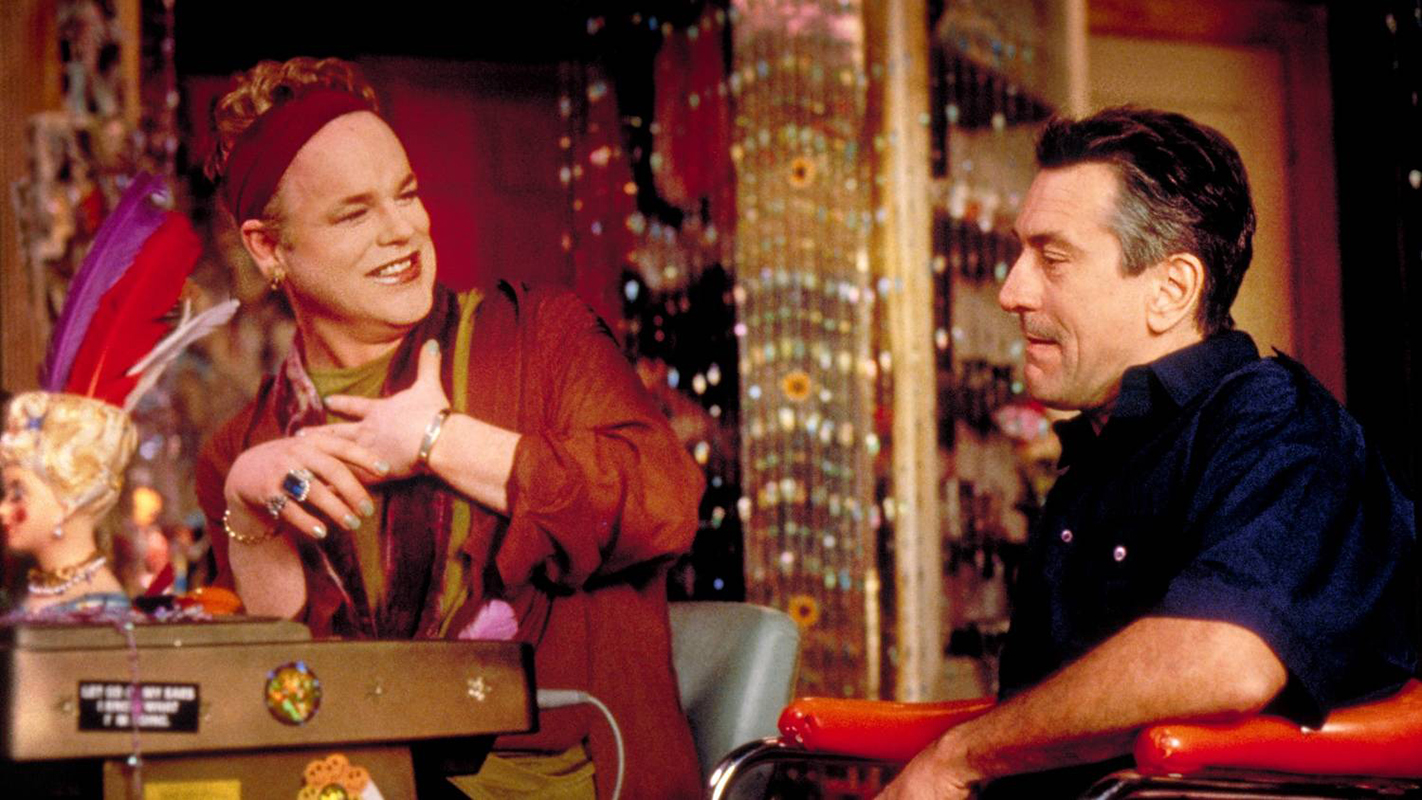 A fascinating mess, Schumacher’s Flawless arrived on the crest of a wave of mainstream, drag-themed movies, music, and TV. That pop culture moment, boosted by RuPaul’s Supermodel of the World and 1994 Aussie indie The Adventures of Priscilla, Queen of the Desert, came loudly crashing to shore with the critical and commercial failure of Flawless. But Schumacher — who wrote, directed, and produced the tale of a drag queen and a cop who form an unlikely bond — never dealt more explicitly with LGBTQ lives than he does with this drama. He almost certainly never conceived a more layered character than the film’s heroine, Rusty, who happens to be trans, played by late Oscar-winner Philip Seymour Hoffman. Surrounded by a bevy of real NYC drag stars of the day — including Jackie Beat, Joey Arias, Raven-O, and, poignantly, Mona Foot a.k.a. Nashom Wooden, who recently passed away due to coronavirus — Hoffman delivers a raw performance that nearly overcomes the movie’s pronounced flaws (one of which is pronounced “Robert DeNiro”). Available on HBO Max and Hulu. 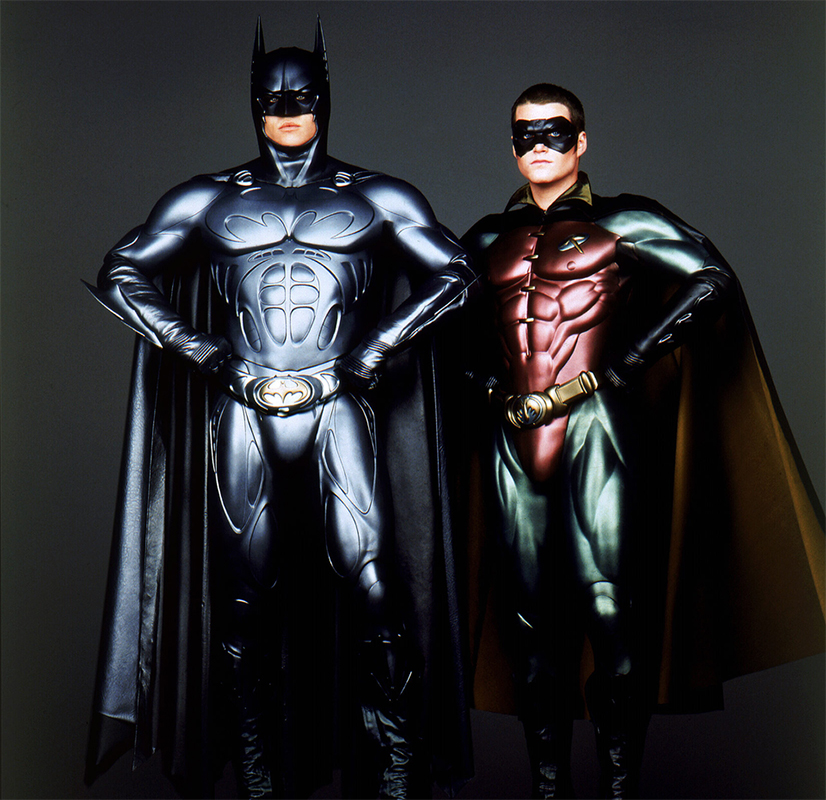 Schumacher didn’t tell an explicitly gay story with his take on the Caped Crusader and Boy Wonder, but he definitely brought a queer eye to the Batman franchise. The eye-popping results were not to every fan’s satisfaction, but at least with Batman Forever, starring Val Kilmer as Bruce Wayne and Chris O’Donnell as his acrobatic sidekick Dick Grayson, the filmmaker and studio reaped the benefits of a hit, again backed by a smash pop music soundtrack. Schumacher has said that the studio and commercial sponsors, eager to lighten up the Bat-films after the implied kink and black latex of the Tim Burton era, pushed him to make the movies more kid- and toy-friendly. While his first foray into superhero cinema calibrated its mix of playful action and adventure relatively well, Schumacher’s second sequel took a wide wrong turn out of the Bat-cave. Batman & Robin (1997), which swapped out Kilmer for George Clooney, and added Arnold Schwarzenegger as pun-happy villain Mr. Freeze, is deliriously bad on a level that Schumacher even took time once to apologize for publicly. Although, he need not have apologized for adding winking subtext, and those infamous nipples, to his portrayal of the swinging billionaire and his ward.

The year 1989 was an especially good one for movies, with releases from Glory, Heathers, and Do the Right Thing to The War of the Roses and Sex, Lies, & Videotape — not to mention all-time blockbusters like Batman and Indiana Jones and the Last Crusade — hogging headlines and awards. Consequently, Schumacher’s splendid romantic comedy Cousins, a remake of French classic Cousin Cousine, was easily overlooked at the time by both audiences and critics, save for Siskel & Ebert who gave the film two thumbs up. Starring Ted Danson and Isabella Rossellini as two strangers, related by marriage, who believe their spouses are having an affair, the movie is worth a fresh look. Beautifully scripted and shot, and featuring a heart-tugging love theme by composer Angelo Badalamenti, Cousins might be Schumacher’s most uncharacteristically reserved film, a sweet, delightfully ’80s paean to forbidden romance.

There’s plenty of shooting, shouting, smoking, and fighting in Tigerland, Schumacher’s superb portrait of soldiers of war before they get sent to combat. However, the film, about U.S. Army recruits in 1971 training for battle in Vietnam, is most gripping in its quiet moments that question the purpose and morality of carving killers out of malleable young men. In his first starring role, Colin Farrell leads a terrific cast playing renegade Private Roland Bozz, who’s trying with all his might to get tossed out of the military before he gets shipped to ’Nam. Responding to a racist instructor (Michael Shannon, in an early role), who’s just shown the recruits where best to attach live electrodes for interrogating an enemy combatant, Bozz asks, “Why would I wanna do that to another human being?” Against a backdrop of chaos and violence, Schumacher draws a hero of uncommon warmth and sensitivity, who may not follow the rules, but is unyielding in standing up for his comrades and his convictions.