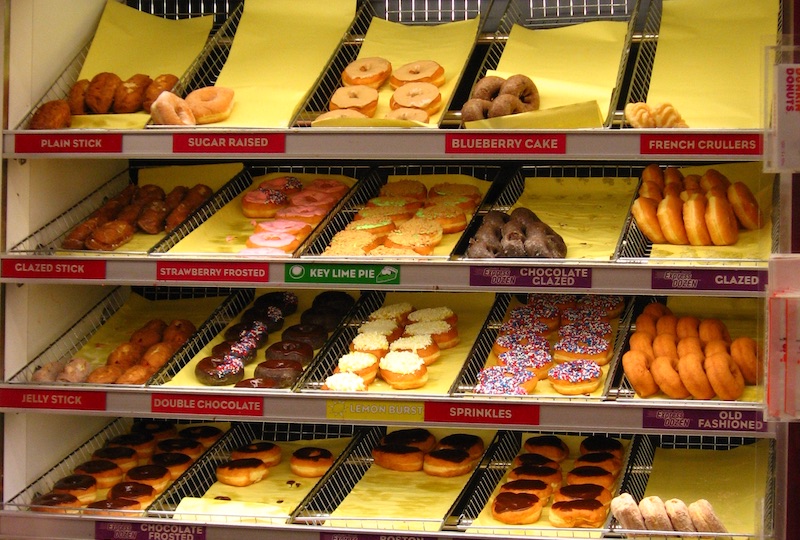 A transgender man has filed a federal discrimination lawsuit against a Dunkin’ Donuts franchise in Scarborough, Maine, alleging that he was sexually harassed by co-workers, demoted, and ultimately fired after being outed by his manager.

Kye Hubbard, of Westbrook, Maine, filed the lawsuit in the U.S. District Court for the District of Maine last Wednesday, alleging that he was harassed and discriminated against because of his gender identity.

The lawsuit names Cafua Management Co. LLC, a Massachusetts-based franchise which owns Dunkin’ Donuts stores in seven different states, and its subsidiary, Exit 42 Donuts, LLC, which operates the store where Hubbard worked for 11 months from February 2018 to January 2019.

In May 2018, Hubbard alleges that a store manager outed him as transgender to his co-workers, even though he had requested confidentiality. Afterwards, Hubbard’s co-workers sexually harassed him and called him several transphobic slurs.

When he complained to a corporate manager, he was told his supervisor would be fired, according to the lawsuit. But the store manager was simply transferred to another store.

In June, the franchise hired a new manager, who allegedly revoked some of Hubbard’s shift leader responsibilities and excluded him from management talks in which he had formerly participated. Hubbard also alleges that his computer privileges were revoked. When Hubbard threatened to report the manager’s conduct to Cafua’s human resources department, the manager allegedly asked if there was anything “sexually” she could do to prevent him from reporting her, according to the lawsuit.

That manager also repeatedly misgendered Hubbard, sent him a message calling him “sexy,” and posted a customer complaint about Hubbard for all other employees to see. After Hubbard filed a complaint about the second manager, he was demoted from his shift leader position.

Hubbard claims he was ultimately fired for vaping on work property about a week after telling management that he had reported the harassment to the Maine Human Rights Commission, even though other employees had been permitted to vape outside the store, so long as they were not seen by customers.

Two months after he was fired, Hubbard amended his complaint with the Human Rights Commission, reiterating his earlier allegations, and alleging that he was also discriminated against in violation of the Maine Human Rights Act — which prohibits discrimination based on sexual orientation or gender identity — as well as the Maine Whistleblowers’ Act and Title VII of the Civil Rights Act of 1964.

A spokesperson for the Maine Human Rights Commission told the Bangor Daily News that the commission did not issue a formal determination in Hubbard’s case, but sent him a “right-to-sue letter” in December 2019 that allowed him to pursue a civil lawsuit.

According to the lawsuit, Hubbard is requesting a jury trial and is seeking back pay, compensation for mental anguish and financial stress, and reinstatement to his former position — or additional compensation, or “front pay,” if he can’t be reinstated.

Cafua Management Co. refused to comment on the pending lawsuit, but a company spokesperson said that Dunkin’ franchises are independently operated by owners, who make their own decisions about employment issues.

“Dunkin’ and our independent franchisees have a longstanding history of embracing diversity,” Dunkin’ Brands spokesperson Michelle King said. “Discrimination is completely inconsistent with our values, and we strive to create inclusive work cultures.”

John Riley is the local news reporter for Metro Weekly. He can be reached at jriley@metroweekly.com
← Previous Story Gay realtor says he was beaten unconscious in Oklahoma anti-gay attack
Next Story → California GOP congressional candidate claimed she withdrew her daughter from college for supporting gay marriage