Joe Biden has urged the Pentagon to reverse the ban, "or as President, I will" 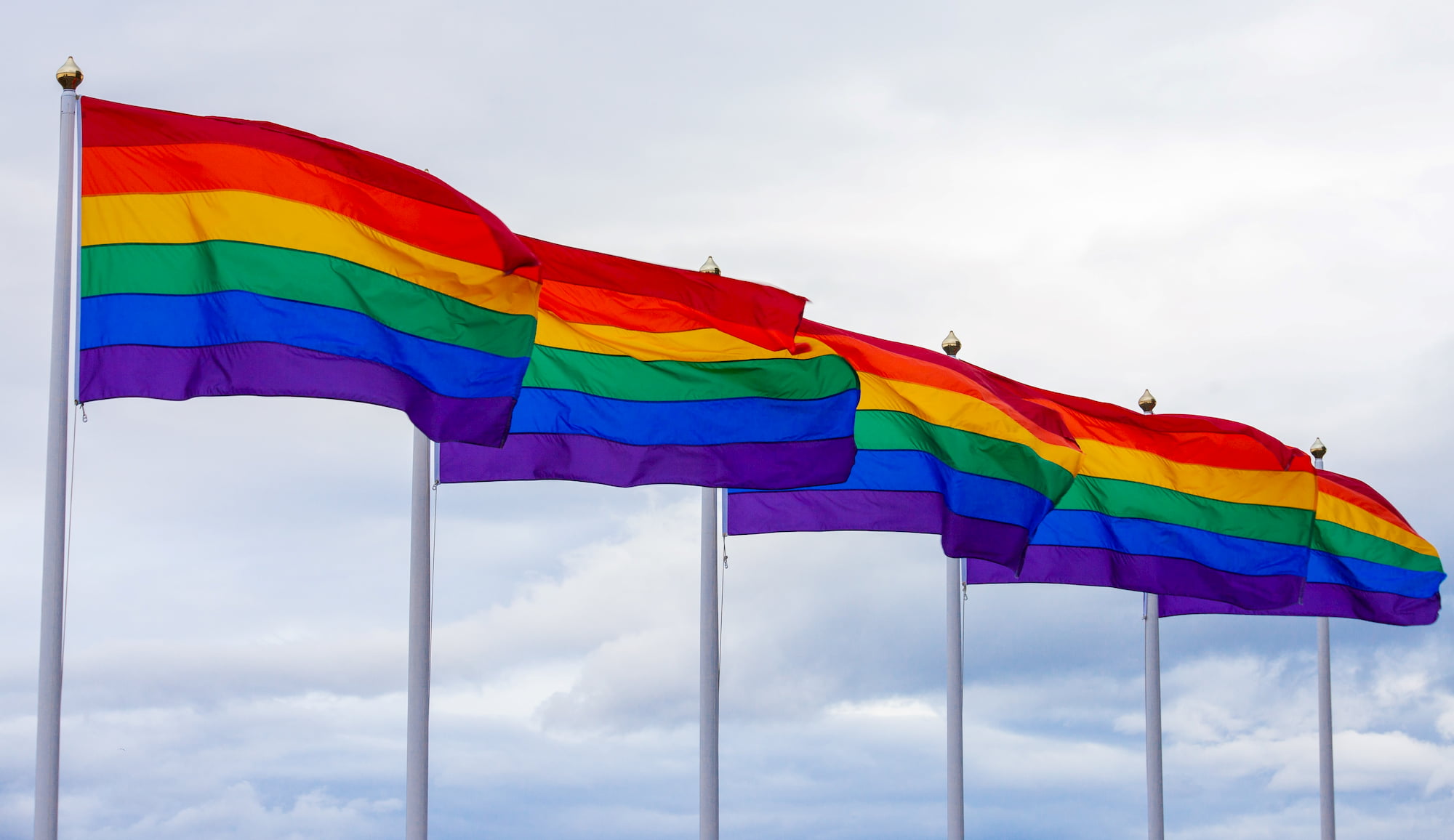 The Pentagon is being urged to reconsider a ban on flying the LGBTQ Pride flag at military bases.

U.S. Secretary of Defense Mark Esper issued a memo last week aimed at addressing demands for the Confederate flag to be banned from military bases. In the memo, Esper said that only the American flag, U.S. state and territory flags, and military flags would be allowed to be flown,

However, in doing so, Esper’s rule also banned the display of Pride flags, a move slammed as “wrongheaded” and “outrageous” by LGBTQ military organizations and politicians.

“The flags we fly must accord with the military imperatives of good order and discipline, treating all our people with dignity and respect, and rejecting divisive symbols,” Esper wrote.

The new rule applies to “work places, common access areas, and public areas,” according to the memo, although individual rooms are not mentioned.

The Modern Military Association of America, the nation’s largest non-profit organization dedicated to advancing fairness and equality for the LGBTQ military and veteran community, urged the Pentagon to “immediately reconsider” the blanket ban on flags.

Dane continued: “The Pentagon must immediately reconsider and take swift and appropriate action to ensure the Pride flag and LGBTQ Pride Month observances are not threatened. If Secretary Esper refuses to reconsider, we call on Members of Congress to take action.”

“It is patently offensive that Esper has, along with the Confederate flag, declared the Pride flag to be ‘divisive,'” the organization tweeted. “The Pride flag celebrates the hard-fought rights of LGBTQ Americans, including many troops.

“To equate the Pride flag with a symbol that represented a denial of human rights is disgusting and a slap in the face of those members of the community who serve, or seek to serve, in uniform.”

Former Vice President Joe Biden called on the Pentagon to reconsider the blanket ban, saying that if the Defense Department didn’t authorize the flying of Pride flags, he would make it happen should he be elected president in November.

“Banning the Confederate flag from military installations was long overdue,” Biden wrote. “Banning the LGBTQ Pride flag — the very symbol of diversity and inclusion — is undeniably wrong. The Pentagon should ensure it is authorized, or as President, I will.”

Former Mayor Pete Buttigieg, who served in Afghanistan as a US Navy Reserve, said the decision was “wrongheaded.”

“When I was preparing to come out, I saw a Pride display on a military base where I was serving—a reminder that my service would now be treated equally,” Buttigieg tweeted. “Words cannot describe how wrongheaded it is to compare this to a Confederate flag.”

The Pentagon’s blanket ban of all flags other than those mentioned in the memo has been interpreted as a way of circumventing President Donald Trump’s refusal to remove Confederate symbols and statues in the wake of nationwide protests over racial inequality and systemic racism.

Legislation to remove names of Confederate leaders from military bases has bipartisan support in Congress, with U.S. Rep. Don Bacon, a Nebraska Republican, telling the New York Times that the White House was “wrong” on the matter.

Sen. Elizabeth Warren (D-MA) has introduced an amendment in the Senate that would require the Pentagon to remove Confederate names and symbols from all military assets within three years.

“American military bases that carry the names of Confederate generals are not named for heroes,” Warren said during a speech in the Senate last month.

Warren added: “Those who complain that removing the names of traitors from these bases ignores history ought to learn some history themselves.”

Trump has threatened to veto any such legislation that crosses his desk.