For the better part of those years since the restrictions went into effect, the city’s health department has sough to enforce them, meaning that all commercial sex clubs are prohibited from having closed or locked doors, cubicles or rooms, and staff are required to monitor activity on a regular basis — an attempt to try and ensure that patrons were using condoms.

Various adult sex venues have continued to operate in the city since that time, but have been required to operate under those restrictions.

As a result, bathhouses with private rooms have sprouted up in nearby Bay Area cities like Berkeley and San Jose, where the restrictions are fewer, notes Supervisor Rafael Mandelman, the sponsor of the ordinance to relax the restrictions.

“When the bathhouses were shut down in the ’80s, and ever since, there has been a set of folks who felt like it was a mistake then, and/or like the changes that have occurred since then make those restrictions no longer make sense,” Mandelman told Metro Weekly in an interview.

“Since I started serving in office two years ago, I’ve been approached by people who are interested in seeing bathhouses be allowed in San Francisco. And it seemed like, with San Francisco having made such success in our ‘Getting to Zero’ campaign, and having under 200 new HIV diagnoses in 2018, that it made sense.”

Mandelman noted that, after having to postpone a hearing on his proposal by a few months due to the COVID-19 pandemic, he used his position as chair of the Board of Supervisors’ Public Safety and Neighborhood Services Committee to time a hearing on the legislation so that it would coincide with the Bay Area hosting the International AIDS Conference, which was held virtually from July 6-10.

The legislation was ultimately approved by the committee on a 3-0 vote. The proposed ordinance now heads before the full Board of Supervisors for a vote on Tuesday, July 21, and a second vote on a date yet to be determined.

Once enacted, the city’s Department of Public Health will have until January 1, 2021, to adopt new regulations complying with the ordinance.

From Mandelman’s perspective, the restrictions need to be changed to keep pace with the evolution of our collective understanding about HIV.

“The biggest thing that has changed since the ’80s is that there is now a pill that everyone can take, and everyone who is sexually active should be taking, that is as effective as condoms in preventing the spread of HIV,” he says, referring to pre-exposure prophylaxis.

“Another thing that has happened is that a ton of sexual activity has now moved online to the apps. There are private parties. There’s no monitoring or regulation of that. And there’s also no opportunity for safe sex, safer sex messaging in those venues, or no real opportunity.

“So one of the benefits, one of the great things that earlier generations, or people who’ve lived in communities that never closed the baths, say is that they were at a community gathering place. And they can be a place where health messaging is shared.”

Asked about concerns, voiced by some critics, that relaxing the restrictions to allow bathhouses to return to the city will result in an increase in HIV or STD rates, Mandelman says he doesn’t believe that will happen.

“I don’t think that the closure of the bathhouses is the thing that has gotten this low,” he says, referring to the low numbers of new HIV cases.

“San Francisco puts a lot of resources into testing and getting people into treatment as quickly as possible so that, you know, people get to undetectable [status] and end transmission of the virus…. But having bathhouses or no bathhouses are not the thing that is going to that is going to help us make more progress in getting to zero.”

While he acknowledges that there remain disparities among various communities in terms of the lowering of HIV rates, Mandelman says he believes that bathhouses can serve as a resource to educate people at risk of acquiring the virus on how best to protect themselves.

He also suggests, that, in addition to pamphlets, posters, and other educational materials that encourage people to get tested, sex venues could offer on-site testing and counseling.

“The only backlash that we’ve received [from this proposal] is, I think the crankiness of social media, wondering whether this is the most important thing to be doing in the light of a pandemic. I’ve also heard it from queer people who say, ‘HIV may be dropping in San Francisco, but STDs aren’t. Isn’t this just going to become a place where STDs spread?’ And my response to that is, well, people are having sex right now,” he says.

“They’re having sex in private parties. They’re having sex with multiple partners on a given night, based on the apps, and they’re not getting any kind of health messaging that could be provided in a bathhouse.”

Mandelman stresses that the ordinance does not require or allow the reopening of adult sex venues until restrictions requiring social distancing due to the COVID-19 pandemic have been lifted.

“Bathhouses are not going to open during the height of the pandemic and nobody’s going to expect them to. The legislation gives the Department of Public Health until January to come up with regulations to allow this,” he says.

“And I can’t imagine a universe in which we’re ready to open bathhouses by January. I cannot imagine that a bathhouse is going to be able to open until we are at the end of this pandemic.”

“And I do think that in that world, whenever it comes, when we’re able to recover and reopen, that bathhouses should be part of that. And that’s what this legislation will allow.” 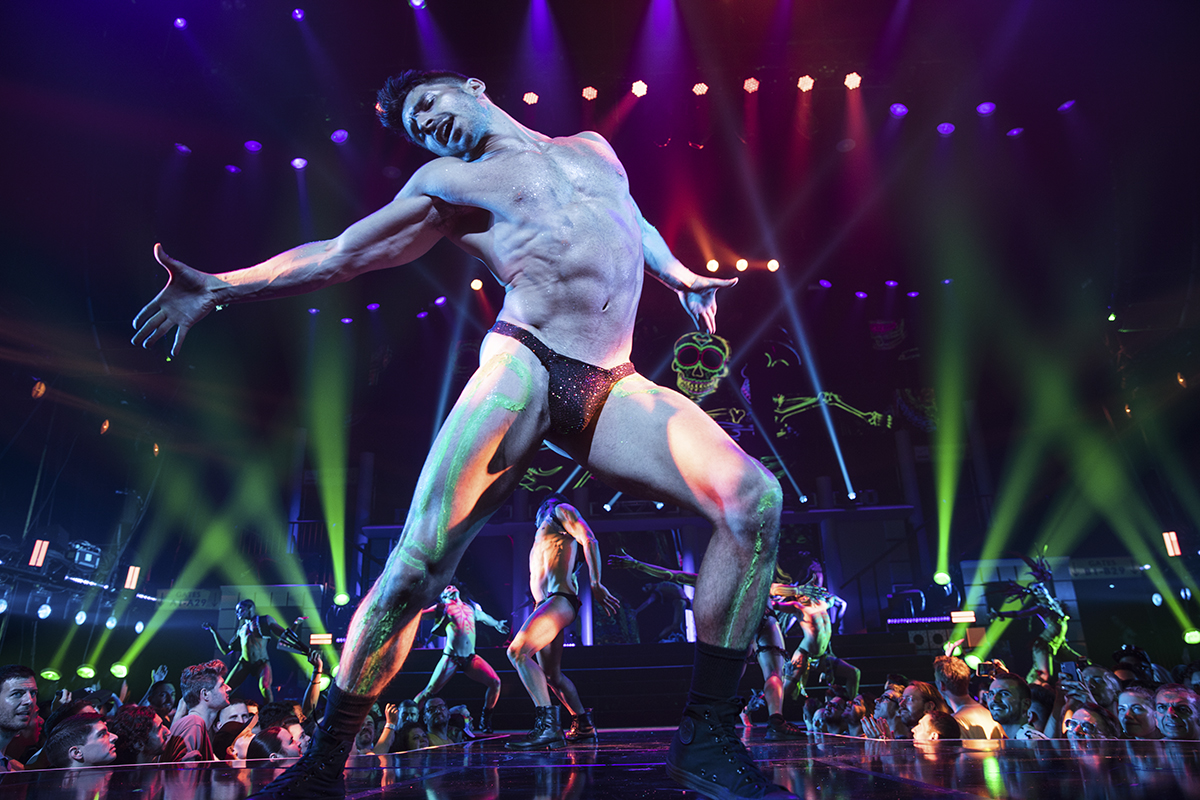