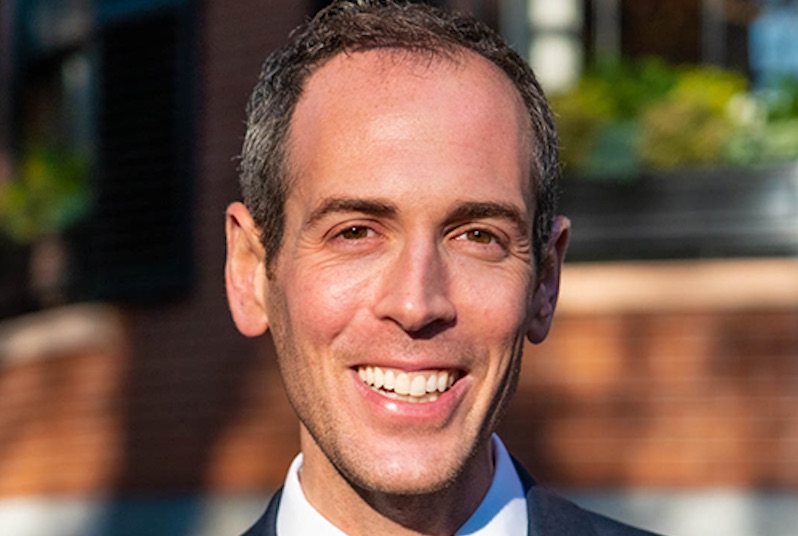 An openly gay Democratic candidate seeking a congressional seat in Massachusetts has issued a statement denouncing anti-transgender push polling, claiming that it is being used to appeal to socially conservative Democrats in the hope of undermining his campaign.

Dr. Robbie Goldstein, a physician at Massachusetts General Hospital who serves as the medical director of the hospital’s Transgender Health Program, is challenging incumbent Congressman Stephen Lynch in Massachusetts’ 8th Congressional District, which covers parts of Boston and its “South Shore” suburbs, including the so-called “Irish Riviera” and traditionally Irish and Italian neighborhoods in Dorchester, South Boston, and the North End.

Goldstein is running on a progressive campaign that includes support for single-payer health care, the Green New Deal, increased investment in public transportation, and support for reproductive rights.

Lynch, who is on record as supporting the Green New Deal, is generally opposed to abortion but has recently tried to distance himself from the “pro-life” movement in an op-ed condemning some of its more extreme tactics. He voted against the Affordable Care Act on the grounds that it wasn’t progressive enough in expanding health care to the uninsured, but also opposes single-payer health care, such as Medicare for All.

A recent internal poll released by the Goldstein campaign claimed that support for Lynch in the district — which was gerrymandered to elect a South Boston/South Shore politician in the mold of Lynch — sits well below the 50% threshold considered “safe” for an incumbent, with Lynch leading Goldstein, 39% to 32%. Additionally, Goldstein has raised more money than Lynch in the final weeks before the primary, although Lynch has raised, and spent, more money throughout the entire campaign cycle.

Against that backdrop, the Goldstein campaign has issued a press release claiming that some voters in the district have received calls involving a “push poll” that references Goldstein’s role in starting Mass General’s Transgender Health program.

While none of the questions specifically make negative statements about the transgender community, Goldstein campaign spokesperson Ben Gubits claims that some of the questions could be considered “dog-whistles” to appeal to socially conservative Democrats in the district by exploiting any discomfort with transgender rights.

According to Gubits, the poll, after finding out a voter’s initial preference, offered four statements, mostly positive, about Lynch’s background, and four statements about Goldstein, each of which reference his ties to the transgender community.

Goldstein has denounced the push polling while also refusing to distance himself from his work with the transgender community.

“Political campaigns are, inherently, political. They are about opposing ideas, policies, values, and actions. The differences between candidates should be on clear display throughout an election cycle,” Goldstein said in a statement. “These differences are what drive voters to the polls and ensure communities choose representation that reflects their beliefs. This process is what our democracy is built upon. Political campaigns should never be about hate.”

“Push polling” is generally viewed as a form of negative campaigning, in which an individual or organization attempts to manipulate voters’ views by spreading propaganda or information obtained through opposition research about a specific candidate, under the guise of conducting an opinion poll.

However, the phrase can be considered a loaded term, as the practice is commonplace and is not illegal. In fact, polls paid for by a campaigns — particularly those involving candidates in competitive races — may often attempt to “push” undecided or wavering voters by asking them to respond to a host of positive or negative statements to gauge the efficacy of certain arguments for or against particular candidates.

According to an FEC report, the Lynch campaign paid a firm known as GBAO for polling on June 26. Ferson declined to answer whether the campaign had done any recent polling, though he added, “I think there’s a lot of confusion about what a push poll is.”

“This has been a very under-the-radar race,” Ferson said. “The congressman has respect for Dr. Goldstein. It’s been a fine campaign so far. So I don’t know what the reasoning would be.”

Ferson expressed skepticism about the allegations, and noted that Lynch has previously been endorsed by the Human Rights Campaign for his record on LGBTQ rights, adding that there wouldn’t be any difference between the candidates when it comes to supporting the LGBTQ community.

Joe Andreano, a 41-year-old researcher at Mass General and a resident of Boston’s North End, says he received one of the calls in question sometime in late July. He said the poll started out like any other, asking his opinion on political matters, before focusing on the Lynch race.

“At the end of the poll, they said they were going to read me some statements about the candidate and asked me if that had changed my opinion in any way. So they started off with Lynch, and the statements about Lynch were generally positive. They were on a couple of different topics: he was the son of an iron worker, he was the first person in his family to go to college, he wanted to save Social Security,” Andreano told Metro Weekly.

“After that, they got to the statements about Robbie Goldstein, and they were: he’s the head of the Transgender Health Department at MGH, he does a lot of research on transgender issues, he’s very interested in transgender rights, he has a strong relationship with the transgender community. Every one of them included the word ‘transgender.’ And that struck me as a little bit odd, particularly because I came away from it with the impression that they were trying to get me to associate that word with Goldstein.”

He said he couldn’t remember the pollster’s name, but did have the number of the pollster saved in his phone. The number he gave is from a San Diego area code. Calls to the number lead to a message identifying the number as belonging to a market research firm called Dynata.

In response to a request for comment about the poll, a Dynata spokesperson issued the following statement: “Dynata conducts political polling for many different types of companies and organizations. We don’t disclose the names or identities of those clients, nor the survey questions or the specific aims of the polling project, without prior consent from the client.”

Andreano said he’s not affiliated with the Goldstein campaign in any way, and, despite working at Mass General, has only met Goldstein in a professional capacity once. But he found it odd that any campaign or committee would be attempting to use an attack on transgender rights in Boston.

“I did think it was kind of a weird message to be trying in this district, because I think this is a very tolerant place. And I don’t think that messaging would be terribly effective in any event,” he said.

He also said he hadn’t been paying close attention to the race, and, despite his personal preference for Goldstein’s more progressive bent, had assumed Lynch would easily win re-election until he received the call from Dynata.

“I was surprised when I got the call that it was focused only on one other candidate. I had been under the impression that there were multiple candidates in that primary,” he said, referring to two other candidates who previously announced but later dropped out of the race. “And I hadn’t really seen any polling on it, so I didn’t really know how close it was. But I was surprised that Goldstein seemed to be the candidate they were worried about.”

Elizabeth Clifford, 78, of Hingham, Mass., told Metro Weekly she received a similar call. At the time, she said she wasn’t aware of Goldstein’s campaign — even once referring to him as Dr. “Goldberg” — even though she generally considers herself to be very politically aware.

“I was kind of taken aback, because very early on, they identified [Goldstein] as a transgender surgeon, and would that make me more likely, less likely, whatever, to vote for him,” Clifford said. “I come from a Boston Irish Catholic background, so I thought that might be a dog-whistle or a ‘red-button’-type item. Anything to do with sexuality tends to be, the way we were brought up.

“I thought, ‘Oh, gosh, “transgender surgeon.” That’s gonna turn a lot of people off.’ Subsequently, when I researched Robbie, having just heard of him, he’s not a transgender surgeon — which is not an issue for me — but he had started a transgender health service, among other other ways he served marginalized people,” Clifford added. “And he’s an infectious diseases specialist and highly educated and highly skilled and sounds like a terrific guy from everything I’ve been able to find out.”

Clifford said the poll also contained a reference to “abortion,” which stood out in her mind because most Democrats typically use the term “reproductive rights.” She thought the references to abortion and transgender surgery were part of a deliberate campaign to appeal to what many outsiders consider the stereotypical demographic of the South Shore — socially conservative, pro-life Catholics. But she also believes that such stereotypes don’t reflect the progressive lean of some of her neighbors.

“Hingham used to be a town where, oh, my heavens, you didn’t put a lawn sign up no matter what,” Clifford said. “And now the town is loaded with Black Lives Matter signs with LGBT flags. Both versions, the…rainbow flag and the one with the black and brown on it. And I have seen a lot of Robbie’s signs along with Ed Markey, and our local progressive candidates for a state office. I saw one Trump sign yesterday in Norwell. I don’t think I’ve seen a single Lynch sign.”