Bennett will star in "The Christmas House" on Nov. 22

Bennett will portray Brandon, one half of a gay couple with husband Jake, played by Brad Harder. Also on board is One Tree Hill star Robert Buckley as Brandon’s brother, Mike.

The film, part of Hallmark’s annual “Countdown to Christmas,” will reportedly center around Brandon and Jake “anxiously awaiting a call about the adoption of their first child” while also navigating spending the holidays with Brandon’s parents (Sharon Lawrence and Treat Williams), who hope that “bringing the family together to recreate the Christmas house, will help them find resolution and make a memorable holiday for the entire family and community,” according to the film’s synopsis.

Bennett responded on Instagram to the announcement, writing, “There are no words, only gratitude to everyone at [Hallmark] & [Robert Buckley] for creating this and being a true ally to the LGBTQ+ community.”

“Our holiday table is bigger and more welcoming than ever,” Michelle Vicary, executive vice president, programming said in the network’s announcement.

“This year’s movies reflect our most diverse representation of talent, narratives, and families, including The Christmas House, featuring a storyline about a gay couple looking to adopt their first child, and starring Jonathan Bennett in an ensemble cast,” Vicary continued.

“Our movies are rooted in warmth and positivity, meaningful connections, family gatherings, and seasonal traditions — a winning formula we hope will bring our millions of viewers much-needed levity and holiday cheer at the end of a tough year.”

The Christmas House premieres Nov. 22 at 8 p.m. EST. Its announcement comes after Lifetime confirmed last month it was developing its first-ever Christmas movie, The Christmas Set-Up, featuring an LGBTQ romance as the lead story.

According to Lifetime, the movie’s plot will center around Hugo, a New York corporate lawyer, who heads back home to Milwaukee, with his best friend Madelyn in tow, to spend time with his meddlesome matchmaking mom, Kate.

Hallmark has previously been criticized for an apparent lack of diversity in its holiday films. When the network first announced its “Countdown to Christmas” and “Miracles of Christmas” programming, with over 40 films planned, it was criticized for having no LGBTQ lead characters.

Zaralidis said the company was in “active negotiations” and would announce further details when they’re available, but said Hallmark Channel’s holiday lineup “will include LGBTQ storylines, characters and actors.”

“Diversity and inclusion is a top priority for us and we look forward to making some exciting programming announcements in the coming months, including announcements about projects featuring LGBTQ storylines, characters, and actors,” Zaralidis said.

It’s not the first time Hallmark Channel has had to weigh in on LGBTQ inclusion.

Last year, Bill Abbott, the CEO of Crown Media Family Networks, told The Hollywood Reporter that he was open to expanding the network’s audience, leaving the door open to the possibility of airing a film featuring a same-sex relationship.

Abbott made the comments after Hallmark Channel was criticized for its lack of inclusion in casting, with only four of the channel’s 24 original Christmas movies featuring black leads. The channel was also questioned about its lack of representation when it comes to religious minorities and non-traditional families.

“In terms of broadening out the demographic, it’s something we’re always thinking about,” Abbott said at the time. “Always considering and we’ll continue to make the movies where the best scripts are delivered to us and what we think have the most potential.”

After his comments were published, conservatives circulated two petitions demanding that Hallmark refrain from including LGBTQ characters, particularly as leads, in its holiday films and also stop running adverts supporting same-sex weddings.

They argued that LGBTQ-inclusive content runs counter to the channel’s self-branding as a network featuring “family-friendly” programming.

Hallmark responded to the petitions by pulling ads from wedding registry website Zola featuring same-sex weddings, with a spokeswoman classifying the same-sex ads as “controversial” and the debate over them a “distraction” from the channel’s purpose of entertaining.

However, subsequent backlash led to Hallmark reinstating the ads, with Hallmark CEO Mike Perry calling it the “wrong decision.”

After its ads were pulled, Zola’s chief marketing officer Mike Chi issued a statement saying the company would no longer advertise with Hallmark, adding, “All kisses, couples and marriages are equal celebrations of love and we will no longer be advertising on Hallmark.” 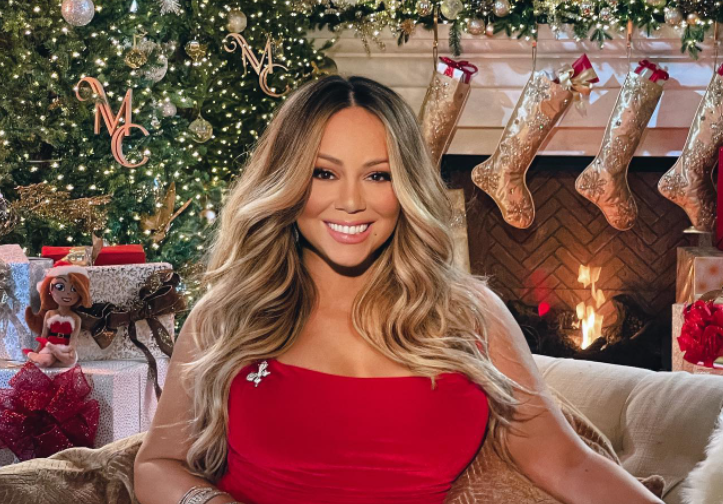