Michele Bachmann: “Transgender Black Marxists” are seeking “the overthrow of the United States”

By John Riley on September 10, 2020 @JohnAndresRiley 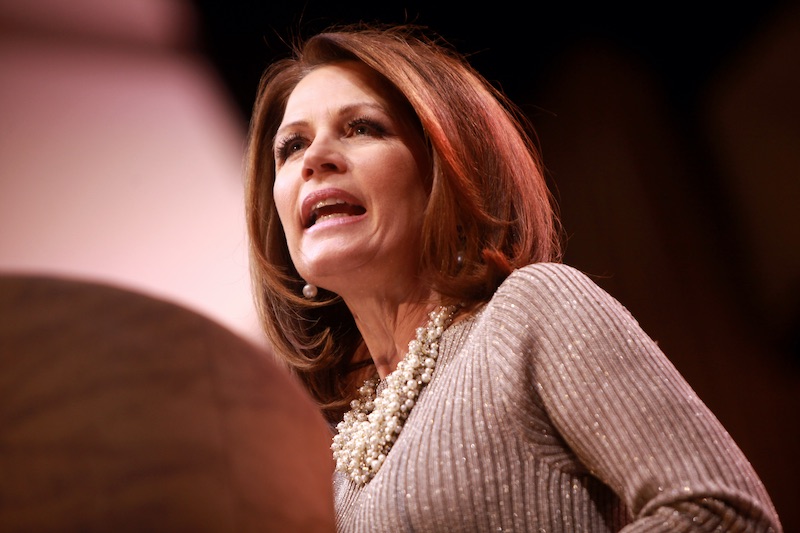 Appearing on televangelist Kenneth Copeland’s “The Victory Channel,” Bachmann warned that a Biden victory in November will lead to a communist revolution, led by transgender people, members of Black Lives Matter, and anti-fascist demonstrators.

Bachmann claimed that demonstrators protesting police brutality and racial injustice, as well as anti-fascists, will destroy the economy and impose communism on the United States, using Joe Biden as a vehicle to get into power.

“Antifa is, if you go to their website, their materials, they are directly traceable to the Communist Party because their goal is the overthrow of the United States government and to bring communism into America,” Bachmann says in a video obtained by Right Wing Watch.

“Just like Black Lives Matter, this is not a new movement, either. On their website, these are transgender Marxists, transgender Black Marxists who are seeking the overthrow of the United States and the dissolution of the traditional family,” Bachmann said.

She continued, saying that the unrest over racial injustice would serve as a “cover” through which a Biden administration would be able to impose communist ideology in the name of resolving the unrest.

“This same idea where you have a pretext, you create something — like right now the pretext in America is race wars, that we’re seeing race wars on America’s streets — what this is is a cover to bring about communism and a communist takeover,” Bachmann said.

“It happened in communist China. It happened in Venezuela, many countries. What people need to understand, the viewers, is that we currently right now are in a situation where communists are trying to come in and take over America.”

She also anticipated that some people, would dismiss her rantings as hyperbole.

“You say, ‘Aren’t you a little overheated? Isn’t this melodramatic?'” Bachmann said. “This is exactly what a communist revolution looks like. They think they’re going to do it by electing Joe Biden and then once Joe Biden is elected, they think that these Davos, Switzerland, meetings that go on, they think that what they’re going to do is have the United States’ economy collapse, move to a digital currency globally, and then we move into a global-type government. I mean, it’s bizarre, but this is their goal.”

Bachmann added that this should not be shocking to Christians who have been awaiting the apocalypse.

“For people who know their Bible, this is exactly what the prophets told us,” Bachmann said. “So, we stand on the word of God, the Bible, and we say, ‘Satan, flee, we’re going to stand on the truth of God,’ and so that’s why now more than ever, between now and the election, what we need to do is pray and cry out to Almighty God and ask for his protection over America and to speak in this election.”