Friendsgiving's impromptu holiday house party looks like some kind of paradise in these woolly, wary times 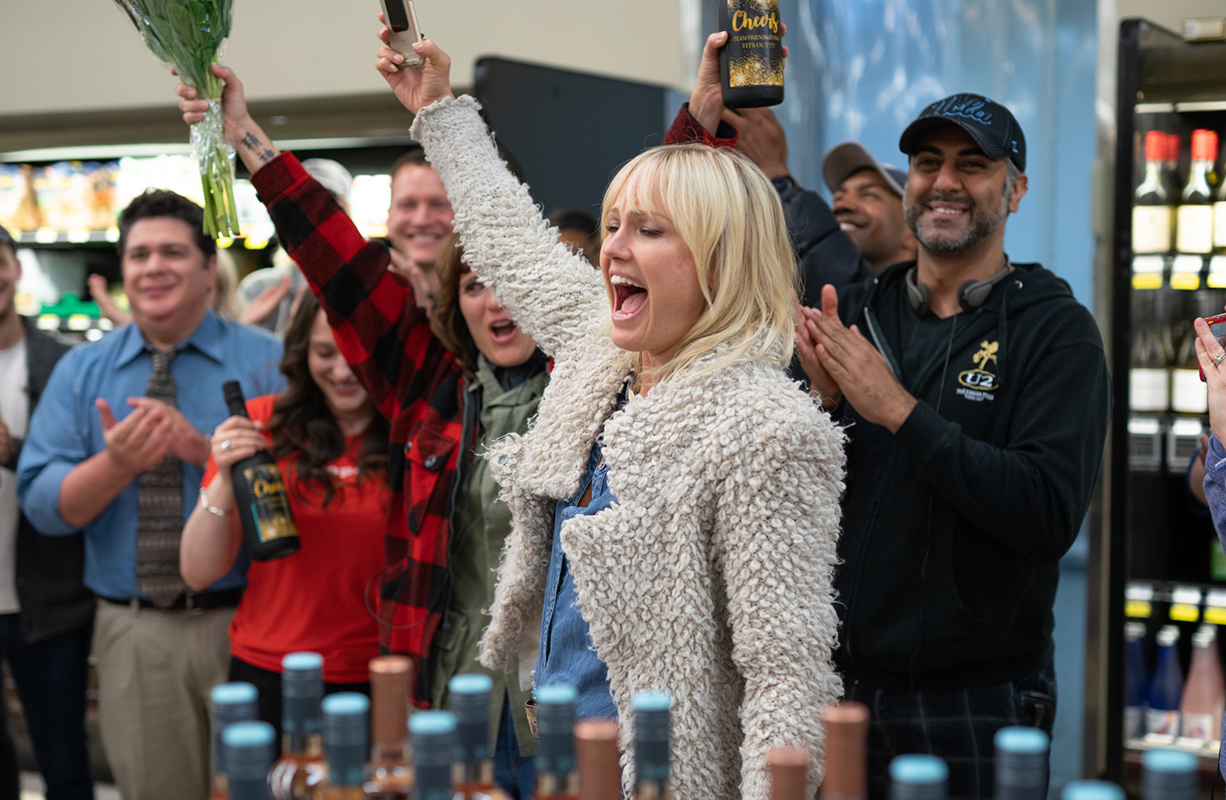 But then fuckboi Jeff showed up, followed by Molly’s randy, Swedish mom, Helen (Jane Seymour). Friends Lauren (Aisha Tyler) and Dan (Deon Cole) make plans to stop by with their two kids, and soon the pity party balloons into a full house of friends, relatives, and frenemies. An ex pops in, truths pour out, shrooms go down, and writer-director Paone keeps the party buzzing with good vibes and juicy drama. The jokes aim for broad targets — Hollywood himbos, bimbos, assholes, and Botox-addicts — and nail some of them. The sharper riffs, though, are repeated asides cataloging the ultra-specific subtypes of L.A. lesbians invited to the party on Abby’s behalf.

The bits that don’t work — like a brief appearance by comedians Wanda Sykes, Margaret Cho, and Fortune Feimster as Abby’s “fairy gaymothers” — at least are populated by likable, funny folks. And the characters who aren’t that funny or likable, as with party guest Claire (Chelsea Peretti), a New Age shaman — sorry, “shawoman” — at least don’t take up too much of our time. The movie could have spent even more time with Seymour’s hot-to-trot Helen. Barely hampered by an unconvincing blonde wig, Seymour adds a welcome dash of salt to her portrayal of the sort of mother who’d rather be mistaken for her daughter’s sister. Who knew Dr. Quinn was so deft with a winking punchline? 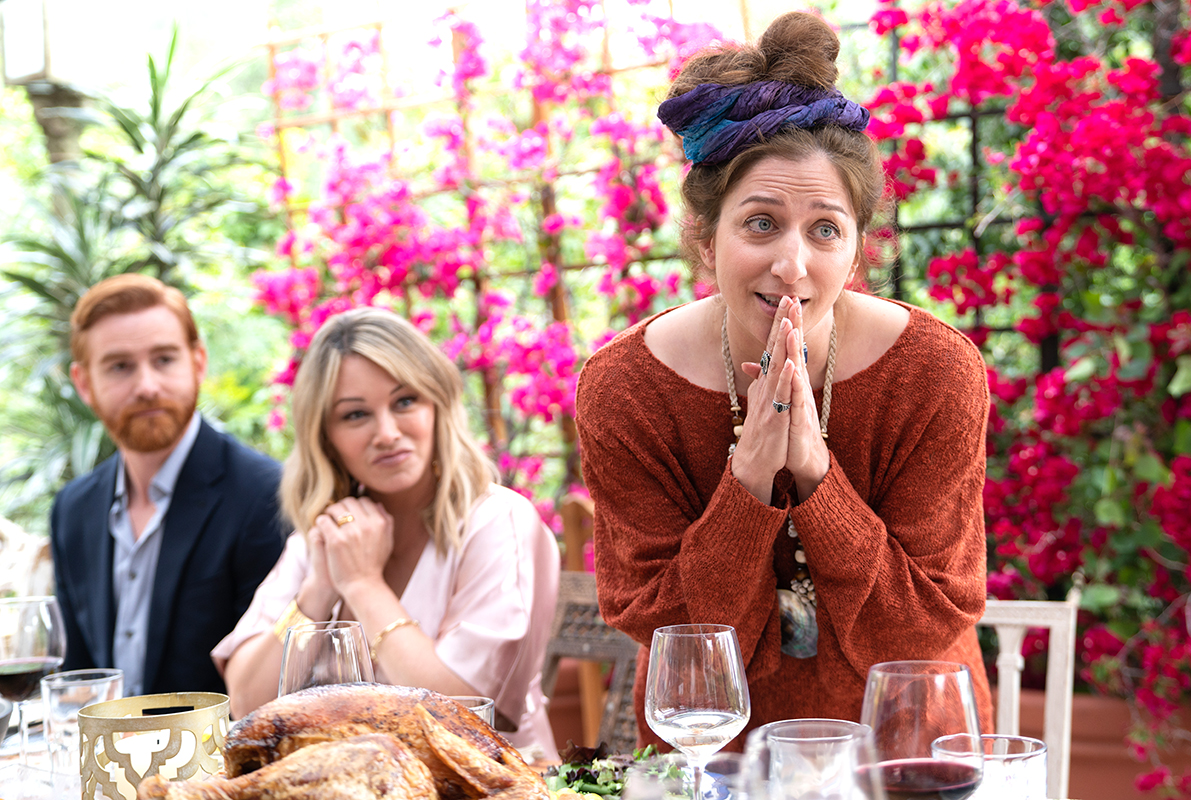 Well, first-time feature director Paone knew. Inspired, according to press notes, by her own Thanksgiving post-breakup with “a Hollywood power lesbian,” the filmmaker (also an actress) shapes this landscape with an insider’s sense of La-la Land. The humor is well-paced, while the film maintains a heartfelt interest in the shifting dynamics of Molly and Abby’s friendship. Lifelong pals, they’ve processed their respective breakups miles differently, and Molly also has an infant son that she’s now raising as a single mom. Akerman and Dennings ensure that Molly and Abby are the chosen family around which this assortment of eccentrics revolves.

Not really stretching her 2 Broke Girls brand of deadpan sarcasm, Dennings turns in the movie’s most grounded, affecting performance. Akerman, sly at underplaying the comedy opposite Lisa Kudrow on HBO’s sublime The Comeback, similarly finds a low-key register as Friendsgiving‘s frazzled but never overwhelmed hostess. Neither Molly nor the film fret much, or enough, over serving up mouth-watering plates of food. Yet, the party’s warm fellowship might still open veins of nostalgia, and perhaps a bit of post-COVID cringing. The running gag of a Thanksgiving dinner party where guests keep popping up unexpectedly is its own form of comedy for viewers watching in the socially distant present.

Friendsgiving is available in theaters, on demand, and digital starting Friday, October 23.

André Hereford covers arts and entertainment for Metro Weekly. He can be reached at ahereford@metroweekly.com. Follow him on Twitter at @here4andre.
← Previous Story The Witches review: A fast, furious take on the Roald Dahl classic
Next Story → Bad Hair review: Justin Simien’s camp horror has some split ends