Nice guys are no match for this Promising Young Woman, a femme fatale hellbent on justice

Nearly passed out drunk on a banquette in a bar, Cassie, the damaged heroine of writer-director Emerald Fennell’s jaw-dropping mystery Promising Young Woman (★★★★★), appears a hot mess. She arouses pity for her vulnerable state, and perhaps even scorn for leaving herself so defenseless. She might also arouse suspicion from the bros scoping her out as potential prey, if they weren’t so reliably enticed by the chance to get away with something.

But Cassie’s no mere victim. The estimable Carey Mulligan invests this cunning crusader with clear-eyed purpose and a cheeky sense of confidence. Cassie is an alpha predator, on a dangerous mission to ambush men who assault and take advantage of women. Mordantly funny and boasting striking twists, the film teases out details of what might have set this doom-seeking Cassandra on her vigilante path. She was a victim, we learn, as we also learn of a trauma that led to Cassie and her best friend Nina dropping out of med school. Cassie hasn’t been the same promising young woman since.

Fennell (also an actress, known for roles on The Crown and in Vita & Virginia) surrounds Mulligan’s enthralling lead performance with a fine supporting cast, including Jennifer Coolidge and Clancy Brown as Cassie’s supportive parents. They can’t quite figure out what is holding her back from living her best life. Laverne Cox, as Cassie’s coffee shop boss Gail, brightens up Cassie’s dull days, while adding a dash of Magical Negro wisdom to help light a fire under her. Somewhat incongruously, Fennell’s script drops an unexpectedly sweet romance with Cassie’s former classmate Ryan (a charming Bo Burnham) into the midst of her ever more reckless pursuit of creeps and assholes. 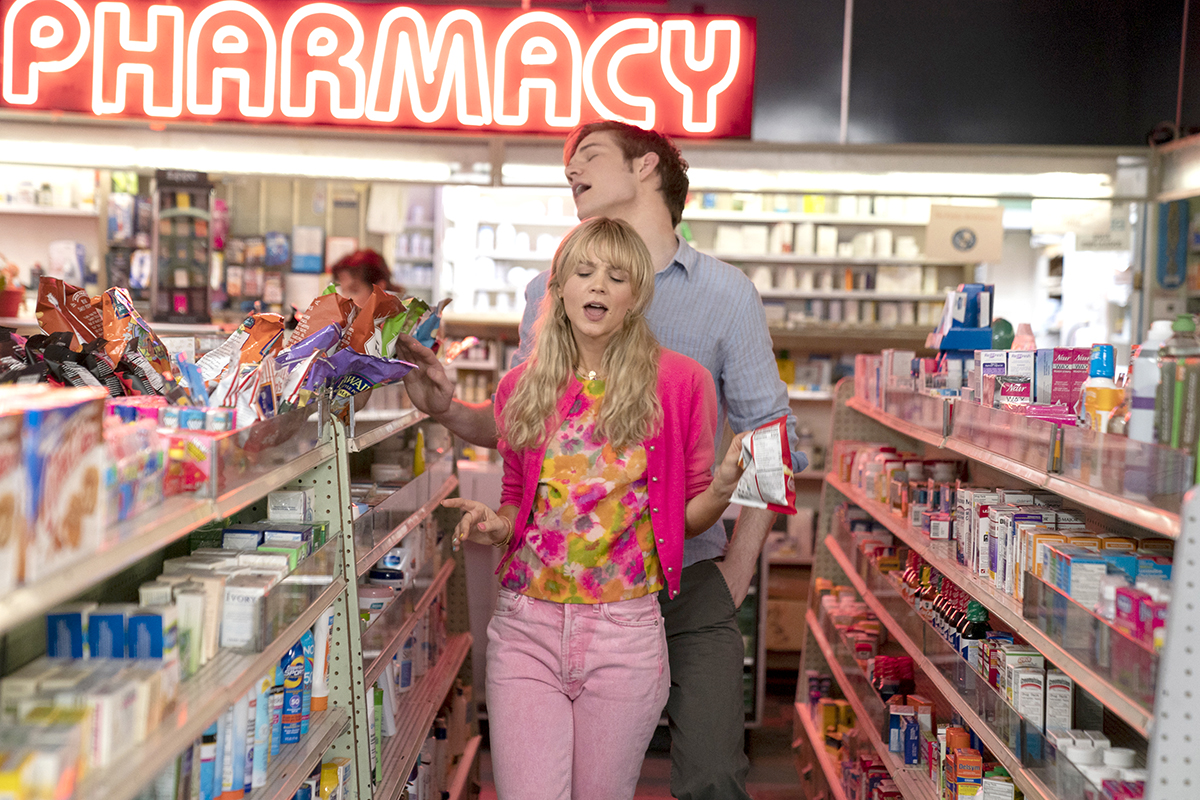 The film’s balance between sweetness, suspense, humor, sex, and sheer discomfort is often precarious — which adds to the thrill of the well-oiled plot. Fennell keeps the audience traipsing along the edge with Cassie, as unafraid as she is to leap headlong over the abyss. Peering down into those depths, where we might discern reflections of noteworthy cases from Brock Turner to Brett Kavanaugh, the movie relies on humor to lighten the load. The eclectic soundtrack and production design capture kitsch and cool, while the guys Cassie ensnares in her web tend to be begging for some amusing comeuppance.

A game Christopher Mintz-Plasse is a standout as coke-addled, self-proclaimed “nice guy” Neil, who isn’t so nice to Cassie behind closed doors. Cassie strikes a resounding blow against Neil, and a system that shelters nice guys and promising young men regardless of the destruction they might cause to truth, justice, or other human beings. However, her pursuit of retribution, as Mulligan so poignantly portrays, strays easily towards obsession. Ultimately, Cassie goes to stunning lengths in order to be a voice for anyone destroyed by the system she abhors, and the film succeeds by boldly following through with her until she’s made her point.

Promising Young Woman is currently in theaters where open, and is available for VOD starting January 15, for a limited time only. Visit www.watchpromisingyoungwoman.com.

André Hereford covers arts and entertainment for Metro Weekly. He can be reached at ahereford@metroweekly.com. Follow him on Twitter at @here4andre.
← Previous Story 2020 Vision: The 10 Best Films of the Year
Next Story → ‘Greenfields’ review: Barry Gibb’s country take on Bee Gees classics disappoints