U.S. Sen. Ted Cruz (R-Texas) has come under fire for using a traditionally anti-gay slur to attack the U.S. Army for a new recruitment ad featuring a female service member who grew up in a lesbian household.

The ad in question, which tells the story of Cpl. Emma Malonelord, is part of a larger series titled “The Calling.” The ads feature a diverse group of soldiers, including people of color, a first-generation immigrant from Haiti, a second-generation immigrant from the Dominican Republic, and a service member who overcame learning issues to achieve his goal of becoming a helicopter pilot.

In the animated video that re-enacts her life story, Malonelord talks about marching for LGBTQ rights as a child, attending her mothers’ wedding, and admiring strong, adventurous women. But after college, the former sorority girl felt she wanted to give back to her country — and show her appreciation for the opportunities afforded her in life — by  joining the Army.

“I needed my own adventures, my own challenge. And after meeting with an Army recruiter, I found it. A way to prove my inner strength, and maybe shatter some stereotypes along the way. I’m U.S. Corporal Emma Malonelord, and I answered my calling,” she says in the video, at which point, “What calls you?” flashes across the screen.

But Cruz — who opposes the idea of women serving in combat roles to begin with — criticized the ad.  On Thursday, the one-time presidential aspirant retweeted a TikTok video splicing together edited clips of Malonelord’s video alongside portions of a Russian military recruiting ad showing male soldiers with shaved heads doing push-ups.

Perhaps a woke, emasculated military is not the best idea…. https://t.co/8aVFMW98NM

According to The Washington Post, the spliced video Cruz shared originated on TikTok from an account with the handle @thoughtcrimes_. But the account has since been deactivated and all of its videos have been removed.

Alexander Reid Ross, a doctoral fellow for the U.K.-based Center for Analysis of the Radical Right, told the Post that the video was shared on Twitter by a Dutch user who frequently posts far-right content. A real estate agent from Dallas then shared the video, and Cruz retweeted her.

But Cruz wasn’t the only person to criticize the Army’s recruitment videos, as the original, unedited version of Malonelord’s video received so many negative comments on YouTube that the account disabled comments “out of respect for the safety and well-being of our soldiers and their families,” a spokeswoman for the Army Enterprise Marketing Office told the Army Times.

Cruz’s initial comment set of a firestorm of outrage, particularly from left-leaning critics, who began sharing the Twitter tags #KremlinCruz — for sharing Russian propaganda — and #emasculaTED on Twitter.

Many critics pointed out Cruz’s lack of military service and his fealty to former President Donald Trump, even after Trump insulted Cruz’s wife, Heidi, and suggested the senator’s father may have been involved in President John Kennedy’s assassination.

Others criticized him for traveling to Cancun, Mexico, with his family while the state of Texas suffered a cold snap that affected the state’s inadequately winterized natural gas lines, forcing the state’s power grid to collapse and leaving millions of Texans without heat or electricity for several days.

Trans activist and writer Charlotte Clymer, a veteran who served in the U.S. Army for seven years, called Cruz out for his lack of military service and branded him a “coward and hypocrite.”

“Ted Cruz was an abled-bodied 20 year-old during the buildup to the Persian Gulf War. Did he take a few months to enlist in the Reserves? No, he finished his degree at Princeton,” she wrote. “Cruz was 30 on 9/11. Did he enlist? Of course not. Ted Cruz is a coward and hypocrite.”

Ted Cruz was an abled-bodied 20 year-old during the buildup to the Persian Gulf War. Did he take a few months to enlist in the Reserves? No, he finished his degree at Princeton.

Ted Cruz is a coward and hypocrite. https://t.co/Im35q6h0GJ

After being accused by some of “attacking the military,” Cruz followed up his criticism of the Malonelord ad with another tweet, writing: “We have the greatest military on earth, but Dem politicians & woke media are trying to turn them into pansies.”

Uh, no. We have the greatest military on earth, but Dem politicians & woke media are trying to turn them into pansies.

The senator has continued to stand by his comments, tweeting an older recruitment ad for the Marines on Sunday, writing: “This is a recruiting video.”

He then began a thread sharing other recruitment videos, including an older ad for the Army, a video of actor Jimmy Stewart recruiting people for the Air Force, and a more recent recruitment ad for the Marine Corps. He even praised the movie Top Gun as “the greatest military recruitment film of all time.”

At the end of the thread, he added: “And for those who disingenuously claim the point is about gender, here’s another powerful recruiting ad,” linking to a Marine Corps ad emphasizing the toughness of Marines that features a woman as the principal character.

And for those who disingenuously claim the point is about gender, here’s another powerful recruiting ad: pic.twitter.com/MOzfDxxSTQ 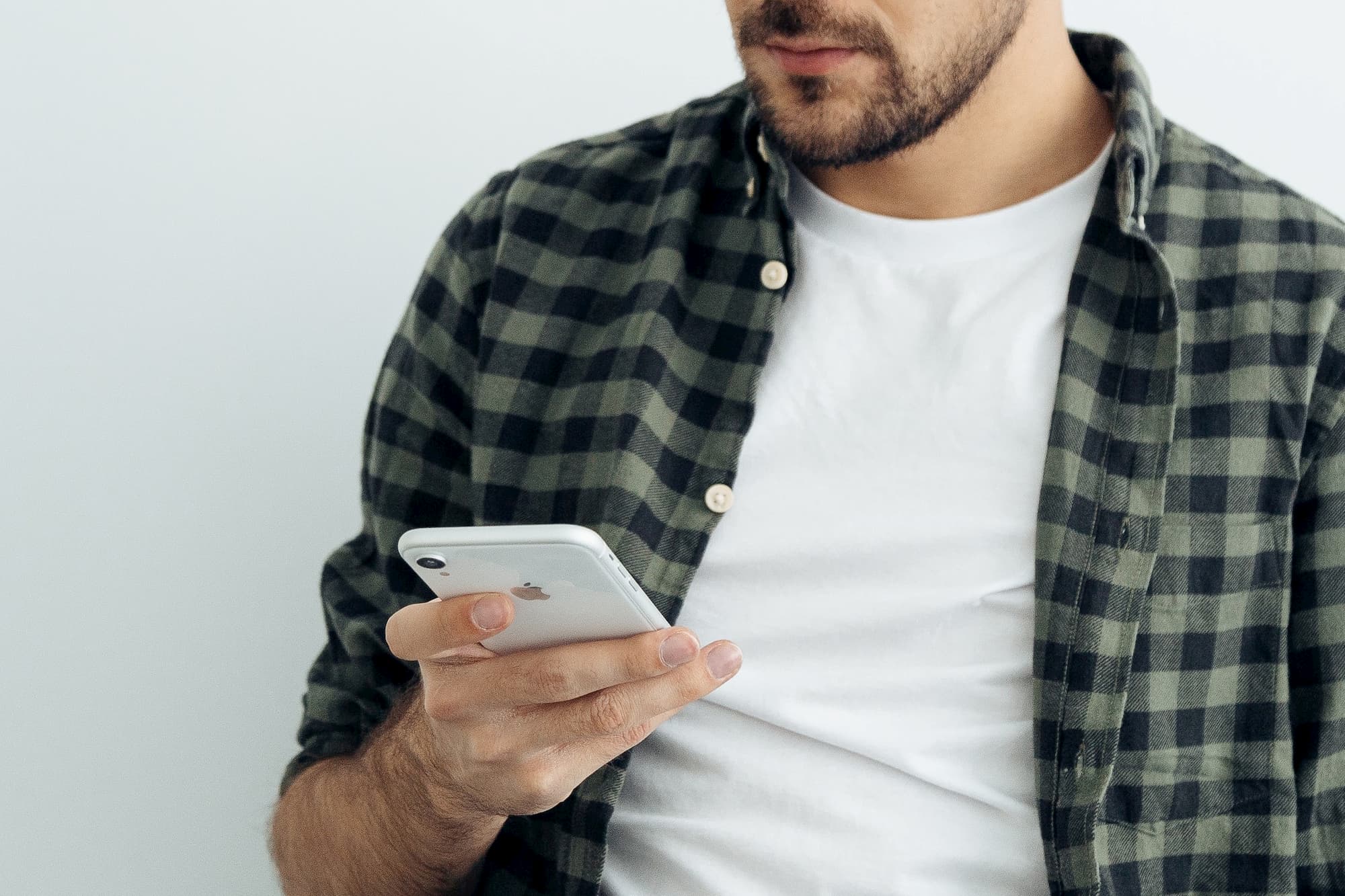 Delegate Joe Jeffries once balked at a poster displayed in a local public school encouraging students not to bully their LGBTQ peers. 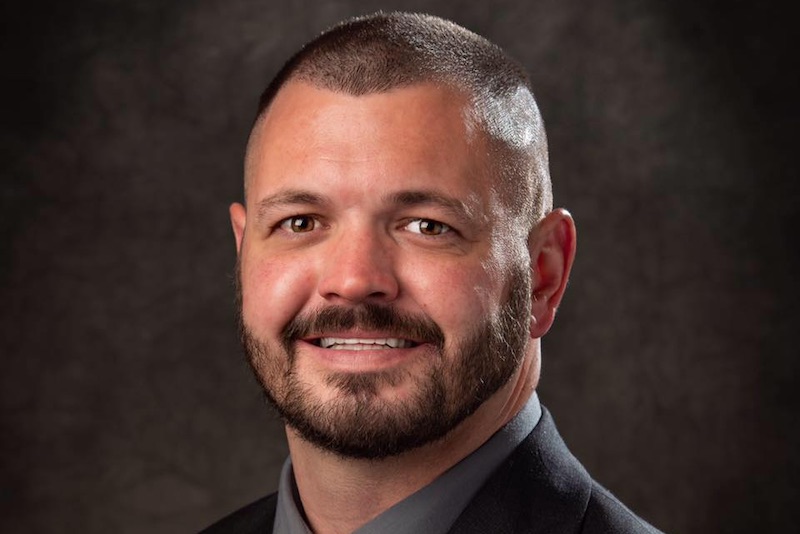 A West Virginia lawmaker who once co-sponsored a bill to forbid the teaching of sexuality and expressions of sexual identity in schools has come under intense criticism after he allegedly issued graphic oral sex advice in videos posted to his TikTok account.

Del. Joe Jeffries (R-Putnam Co.) posted the videos last week, but later made his account settings private after outcry from various officials, including many of his fellow Republicans.

In one excerpt, captured by a Twitter user and posted to social media, the 39-year-old second-term member of the House of Delegates is seen on video saying: "All these women out here be talking about how a man never hits the G-spot. Have you ever hit his?" He then winks at the camera as the 13-second video clip ends.