New York City voters could potentially elect up to nine new LGBTQ people to the City Council this year, nearly doubling the previous record for the most number of out LGBTQ members to ever sit on the city’s chief legislative body.

In total, at least 16 out LGBTQ candidates sought office by running in the Democratic primary for City Council, with several other candidates seeking either city- or borough-wide office.

The current four out LGBTQ members of the Council — Speaker Corey Johnson (D-Manhattan), Daniel Dromm (D-Queens), Jimmy Van Bramer (D-Queens), and Carlos Menchaca (D-Brooklyn) — are term-limited, and former Council member Ritchie Torres (D-Bronx) was elected to Congress last year. Johnson is seeking to be the city’s next comptroller, and Van Bramer is seeking to be Queens Borough President.

New York City recently switched to ranked-choice voting for the primary election, where candidates run in an “open” party primary, and, with each subsequent round, candidates who performed lower are eliminated and voters’ second-through-fifth choices are reallocated to other candidates until a single person receives more than 50% of the vote.

Had 12 of the 16 out LGBTQ candidates won election this year, the Council would have become the legislative body in the country with the most LGBTQ members. Currently, the New Hampshire State House of Representatives has 11 out LGBTQ members. Unfortunately, seven of the out LGBTQ candidates appear to have fallen behind in the initial vote tallies. Yet if anywhere from six to nine of the remaining viable candidates are elected when all votes are tallied and reallocated, it would mark the largest number of LGBTQ Council members in history.

In Manhattan, three candidates are still in the running. Erik Bottcher, the gay former chief of staff to Speaker Johnson, leads a six-candidate field for the District 3 seat being vacated by his old boss. Currently, with 79% of all precincts reporting, Bottcher leads with 47.4% of the vote, compared to Arthur Schwartz’s 15.1% of the vote, meaning it is very likely that Bottcher will cross the 50% threshold when votes are reallocated. The 3rd District, which encompasses the West Village, Chelsea, Hell’s Kitchen, and Hudson Yards neighborhoods, has been represented by an LGBTQ person since 1992, and Bottcher will continue that tradition.

Also still in the running in Manhattan is Marti Gould Allen-Cummings, seeking to become the first nonbinary person elected to office in New York State, who is in second place in District 7, with 11.9% of the vote. They trail Shaun Abreu, who leads with 27.4% of the vote. Allen-Cummings’ success will rely on getting enough second- and third-choice votes to overtake Abreu. In District 9, Kristin Richardson Jordan, who could be the first Black out LGBTQ woman elected to the Council, is in second place, with 19.4% of the vote, trailing incumbent Bill Perkins by fewer than 300 votes.

In Queens, Tiffany Cabán, a darling of the Democratic Socialists of America who narrowly lost her 2019 race for Queens District Attorney, in which she nearly toppled a machine-backed candidate and demonstrated the power of the nascent progressive left in New York City politics, was leading a six-person field with 49.4% of the vote, with 87% of precincts reporting. If elected, as expected, she would become the first out LGBTQ person elected to represent the district, which includes parts of the Astoria, East Elmhurst, Jackson Heights, and Woodside neighborhoods.

Other candidates still in the running include: District 26’s Amit Bagga, who is seeking to succeed the term-limited Van Bramer, and who would be the first out LGBTQ South Asian elected to the council, who is currently in second place, with 17.7% of the vote, trailing frontrunner Julie Won by a mere 0.7%; and Lynn Schulman, who would be the first out queer person elected to any public office from Queens, and who is currently leading a nine-person field with 22.1% of the vote.

Unfortunately, Queens Council candidate Alfonso Quiroz, who was seeking to replace Dromm, has currently fallen into fourth place with 10.5% of the vote, nearly 20 points down from frontrunner Shekar Krishman.

In Brooklyn, a trio of Black LGBTQ candidates were still in the running, with Crystal Hudson, who (along with Richardson Jordan of Manhattan) could potentially be the first Black out LGBTQ woman elected to the Council, leading a seven-person field in District 35 with 38.6% of the vote, four percentage points ahead of her next competitor. In District 36, Chi Ossé, a queer person who would be the youngest person ever elected to the Council, leads his race with 37.4% of the vote, 14 percentage points ahead of his nearest rival. In District 40, Josue Pierre, who would be the first Afro-Caribbean out LGBTQ person elected to the council, was in second place with 20.4% of the vote, less than 1,000 votes behind top rival Rita Joseph.

In the citywide races, Johnson currently stands in second in the city comptroller race with 22.6% of the vote, trailing fellow Council member Brad Lander (D-Brooklyn), who has 31.6% of the vote. Meanwhile, in the mayoral race, nonbinary candidate Paperboy Love Prince, stands in 11th place, with 0.4% of the vote.

In the race for Manhattan Borough president, State Sen. Brad Hoylman stands in second place, with 25.7% of the vote, trailing Council member Mark Levine by about 6,000 votes. In Queens, Van Bramer has fallen out of contention, with 17.9% of the vote, behind incumbent Donovan Richards and former Council member Elizabeth Crowley, who are locked in a neck-and-neck race.

In Queens, Michael Goldman is running for Civil Court in Queens. If elected, he would become the borough’s first out gay judge. He currently trails rival Soma Syed by fewer than three percentage points, according to the Queens Daily Eagle.

The LGBTQ Victory Fund, the national organization dedicated to electing out LGBTQ people to public office, endorsed 12 of the 16 candidates seeking Council seats in the primary. All nine currently viable Council candidates were endorsed by the organization, as were Johnson and Hoylman in their respective races.

Given the Democratic nature of the city overall, and political lean of most of the Council districts, the winners of the Democratic primary are heavily favored to win the seat in the general election.

“New York City’s slate of LGBTQ council candidates are a reflection of the city they aim to represent, and many will make political history if elected in November,” Mayor Annise Parker said in a statement released a few weeks prior to Tuesday’s primary. “With this election, the New York City Council could have more LGBTQ members than any other single legislative body in the nation, or have zero LGBTQ representation as the sitting LGBTQ members term out. Therefore, it is vital LGBTQ and allied voters turnout for LGBTQ candidates and ensure our community continues to have a strong presence on the council.”

Election Day 2021 offers up a wealth of interesting LGBTQ storylines

242 out LGBTQ candidates running for various offices across the United States will appear on the ballot on November 2. 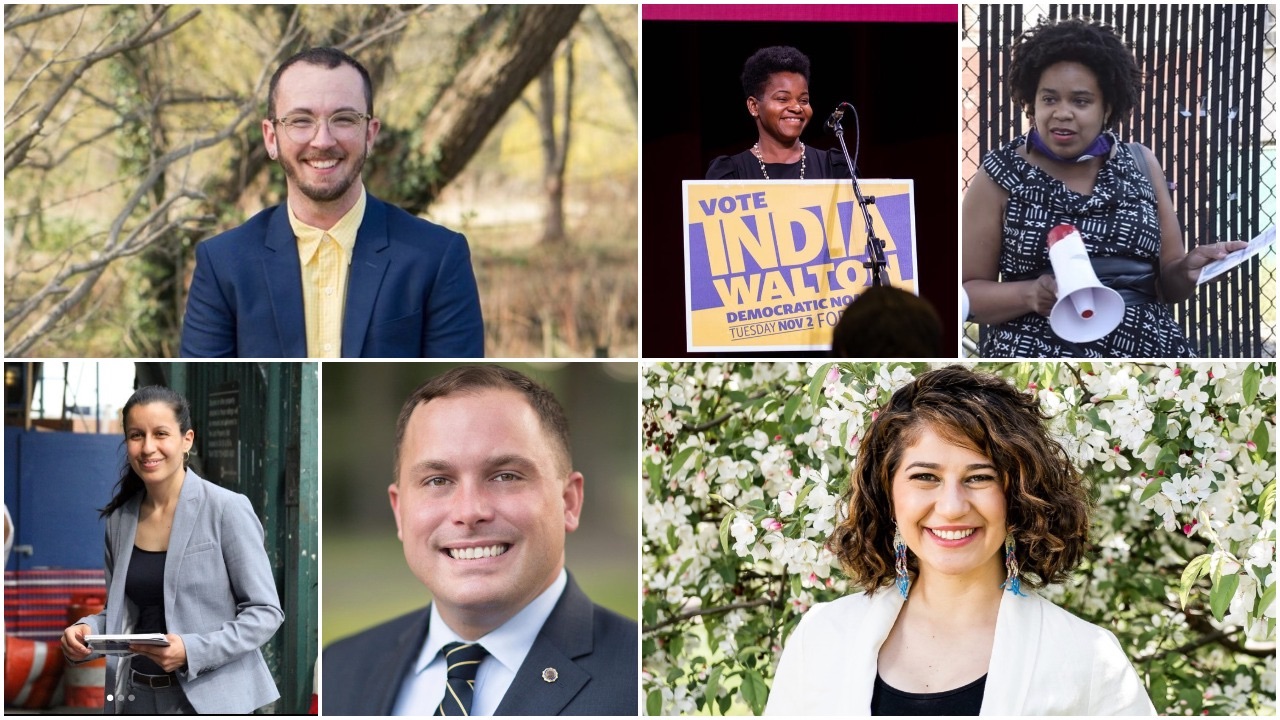 While most political observers' eyes will be focused heavily on the gubernatorial elections in Virginia and New Jersey, this November's elections will see hundreds of LGBTQ candidates on the ballot, with some potential historic achievements and some interesting storylines stemming from the results of Tuesday's elections.

According to the LGBTQ Victory Fund, the organization whose mission is to elect out LGBTQ candidates to office to increase representation and ensure that issues affecting the community are addressed from a public policy standpoint, at least 410 out candidates ran for office this year. Following a number of primary elections, at least 242 will appear on Tuesday's ballot -- more than half -- 131 -- of whom have earned Victory Fund endorsements.