A federal appeals court has ruled against a Florida-based ministry that alleged it had been defamed and was the subject of anti-religious discrimination after being labeled a “hate group” because of its opposition to homosexuality.

On Wednesday, the 11th U.S. Circuit Court of Appeals upheld the dismissal of a lawsuit filed by Coral Ridge Ministries Media (also known as D. James Kennedy Ministries) against the Southern Poverty Law Center, Amazon.com, and the AmazonSmile Foundation, alleging that it was defamed and discriminated against on the basis of religious belief when it was denied admission to the AmazonSmile program because it had been labeled an anti-gay “hate group” by the SPLC.

The AmazonSmile Foundation, the charitable giving arm of Amazon.com, donates a portion of the price of purchases to charities of a customer’s choice. Coral Ridge has sought to benefit from the program, but was denied due to Amazon’s reliance on the SPLC’s “Hate Map,” which lists alleged hate groups throughout the country, reports the Florida-based news website FlaglerLive.com.

A federal judge in Alabama dismissed the lawsuit in 2019, finding that the SPLC’s characterization of Coral Ridge was a form of First Amendment-protected speech, and that Amazon’s decision not to include Coral Ridge in its list of charities benefiting from the AmazonSmile program did not violate the country’s civil rights laws.

Coral Ridge then appealed to the 11th Circuit, arguing, in a court filing last year that it is not a hate group, while acknowledging its religious-based opposition to homosexuality.

But in a 15-page opinion issued this week, the 11th Circuit upheld the dismissal, finding that Coral Ridge did not assert that the SPLC acted with “actual malice” — the standard needed to be met in order to prove defamation– when it designated Coral Ridge a “hate group” based on its own definition of the term, which is listed on its website.

“The district court dismissed Coral Ridge’s defamation claim on the grounds that the term hate group has a ‘highly debatable and ambiguous meaning’ and thus is not provable as false. Alternatively, the court found that Coral Ridge did not sufficiently plead that SPLC acted with actual malice,” Judge Charles Wilson wrote on behalf of a three-judge panel hearing the case.

“Because we agree that Coral Ridge failed to adequately plead actual malice, we affirm the dismissal of Coral Ridge’s defamation claim. Coral Ridge did not sufficiently plead facts that give rise to a reasonable inference that SPLC ‘actually entertained serious doubts as to the veracity’ of its hate group definition and that definition’s application to Coral Ridge, or that SPLC was ‘highly aware’ that the definition and its application was ‘probably false.’

“In any event, Coral Ridge does not plead any facts that would allow us to infer that SPLC doubted the veracity of its own definition of the term,” Wilson continued. “Moreover, the complaint states that SPLC publicly disseminates its own definition of a hate group on its website; given that, it is hard to see how SPLC’s use of the term would be misleading. Regardless of the commonly understood meaning of hate group, and regardless of whether SPLC’s definition is the same, the complaint did not present any factual allegations that would allow us to infer that SPLC’s subjective state of mind was sufficiently culpable.”

“We hold that the district court was correct in finding that Coral Ridge’s interpretation of Title II would violate the First Amendment by essentially forcing Amazon to donate to organizations it does not support,” Wilson wrote. “As an initial matter, we disagree with Coral Ridge’s position that it is the customers rather than Amazon who donate under the program…. Coral Ridge argues that still it is the customers who get to choose where to donate. This is true in a sense, but ignores the fact that Amazon is the party actually paying the charities. Thus the donation is Amazon’s — not the customers’.

“In setting out the criteria for the AmazonSmile program, Amazon expressly states that it relies on SPLC to determine which charitable organizations are eligible to participate. A reasonable person would interpret this as Amazon conveying ‘some sort of message’ about the organizations it wishes to support,” he continued. “Thus, we have no problem finding that Amazon engages in expressive conduct when it decides which charities to support through the AmazonSmile program.” 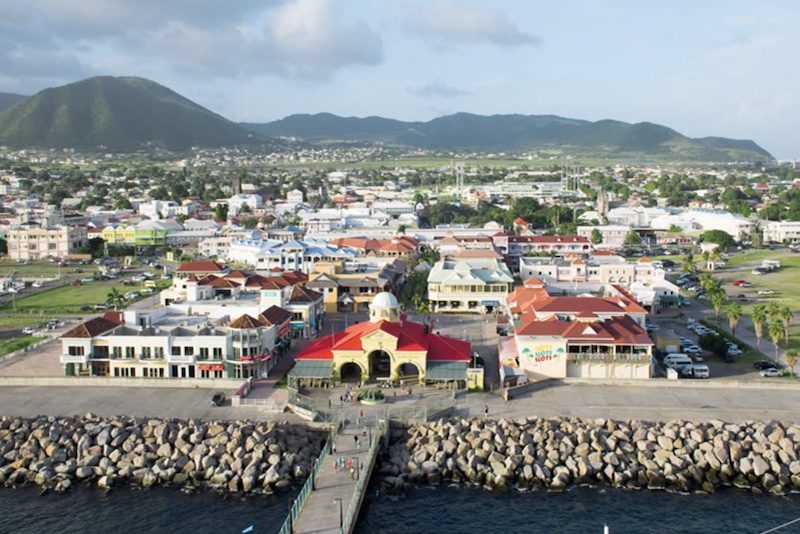