On Friday, the U.S. Supreme Court refused to hear a case involving Washington State florist who was accused of violating the state’s nondiscrimination law when she refused to provide flowers for a same-sex couple’s wedding.

By passing on the issue, the high court allows the lower court’s decision, in favor of the gay couple denied service, to stand.

Robert Ingersoll and Curt Freed brought the case after being denied flowers for their wedding in 2013, alleging that the proprietor of the Richland-based flower shop Arlene’s Flowers, Barronelle Stutzman, violated the Washington Law Against Discrimination, which prohibits discrimination based on a number of characteristics, including sexual orientation.

Stutzman has claimed that her religious beliefs opposing homosexuality and same-sex marriage prohibit her from providing goods or services that could be used in a same-sex wedding. After first refusing to settle the case for $2,000, and then losing at the district court level, she and her lawyers appealed the case to the Washington State Supreme Court, which unanimously found that the florist had violated the Washington Law Against Discrimination, and that providing equal service to all customers did not violate her constitutional rights.

Stutzman’s lawyers then appealed the case to the U.S. Supreme Court, which remanded the case back to the Washington State Supreme Court for reconsideration, in case the decision might have been clouded by anti-religious bias. The high court had previously found, in a similar case, known as the Masterpiece Cakeshop case, that the Colorado Civil Rights Commission may have acted in a prejudicial manner against a Colorado baker who was found to have violated the state’s nondiscrimination law when he refused to provide a wedding cake for same-sex wedding.

But in 2019, the Washington State Supreme Court stood by its earlier decision, finding, once again, that Stutzman had violated the law and finding no evidence of any animus toward religion in general nor towards Stutzman’s personal beliefs. The court also rejected Stutzman’s claims that the law violates her First Amendment Rights and that lawmakers should carve out a religious exemption in the law.

“Stutzman contends that there is no reason to enforce the WLAD when, as she puts it, ‘[N]o access problem exists.’ We emphatically reject this argument,” the court wrote at the time. “We agree with Ingersoll and Freed that ‘[t]his case is no more about access to flowers than civil rights cases in the 1960s were about access to sandwiches.’

“As every other court to address the question has concluded, public accommodations laws do not simply guarantee access to goods or services. Instead, they serve a broader societal purpose: eradicating barriers to the equal treatment of all citizens in the commercial marketplace,” the decision reads. “Were we to carve out a patchwork of exceptions for ostensibly justified discrimination, that purpose would be fatally undermined.”

Stutzman’s lawyers then appealed the case back up to the Supreme Court once more, resulting in Friday’s decision.

“Today, the Supreme Court confirmed that LBGTQ people should receive equal service when they walk into a store,” Ria Tabacco Mar, a lawyer with the American Civil Liberties Union, which represented Ingersoll and Freed, said in a statement. “Planning a wedding was a joyful time for Rob and Curt until they were refused service at their local flower shop.

“No one should walk into a store and have to wonder whether they will be turned away because of who they are. Preventing that kind of humiliation and hurt is exactly why we have nondiscrimination laws,” Mar added. “Yet 60 percent of states still don’t have express protections for LGBTQ people like the kind in Washington State. Our work isn’t over yet.” 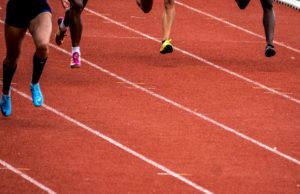 “After Curt and I were turned away from our local flower shop, we cancelled the plans for our dream wedding because we were afraid it would happen again,” Ingersoll added in his own statement. “We had a small ceremony at home instead. We hope this decision sends a message to other LGBTQ people that no one should have to experience the hurt that we did.”

The Human Rights Campaign praised the high court’s decision not to hear the case, and said the decision opens the door for Congress to cement legal protections for LGBTQ people by passing the Equality Act, a landmark law that, if passed, would prohibit discrimination based on a person’s sexual orientation or gender identity in various facets of life.

“By denying certiorari in Ingersoll & Freed v. Arlene’s Flowers, Inc., the Supreme Court has once again said that critical nondiscrimination laws protecting LGBTQ people are legally enforceable and has set a strong and definitive precedent,” Alphonso David, the president of the Human Rights Campaign, said in a statement. “Now, we need these protections for the LGBTQ community, and all people, across the country, and in every walk of life. … The Court has validated nondiscrimination protections, now Congress must follow suit.”