An enchanting refrain bears repeating, and so the most haunting themes and melodies return again and again in French filmmaker Leos Carax’s sweetly bitter musical Annette (★★☆☆☆). “We love each other so much,” sing Adam Driver and Marion Cotillard, over and over, portraying celebrity couple Henry and Ann, a brash standup comedian and renowned soprano who don’t appear to love each other so equally. The pair’s tempestuous relationship results in disaster and sorrow — although their highly publicized union also produces Annette, a unique and gifted child.

Perhaps to emphasize the child’s uncanny specialness, Annette is embodied for most of the film by a marionette. It’s an impressively life-like marionette, but a puppet nonetheless, and not Carax’s only audacious move calling attention to the film’s artifice and excesses. The palette is rich and dark, the sets and design often abstract. Henry on his motorcycle, and Ann in the backseat of her limo, speed across vivid scenic backgrounds in ’50s-style process shots reminiscent of Hitchcock. Musical montages of the two flirting in a forest, then riding his cycle into the night, give way to song-filled scenes of lovemaking.

Somehow, Henry warbling passionately while going down on Ann is topped for visual impact by a bizarre shot of baby Annette being lowered by a fleet of drones onto an inverted pyramid stage for a performance. This family’s entire life is fodder for some stage, screen, website, or tabloid, a fair statement about modern celebrity. The script — written by Sparks bandmates and brothers Ron and Russell Mael, who also composed the songs — addresses other aspects of stardom, sexism, post-#MeToo politics, and cancel culture, but with less clear intent.

Dubbed “Beauty and the Bastard” by the press, Ann and Henry are on diverging career trajectories. She fills opera houses worldwide with her exquisite glamour, while “world infamous” comic Henry appears in his one-man show The Ape of God wearing a scuzzy green robe and loafers, telling jokes that leave even his paying audience screaming, “You’re sick!”

Henry doesn’t mind offending parts of his audience, but he isn’t that interested in entertaining them, either. Yet the portrait of the jaded provocateur turning on his audience doesn’t fly, since his audience makes no sense. Henry isn’t funny or revelatory, just rude. The question arises then, how did he gain a supposedly vast, loyal following among folks who don’t get him? Carax, the Mael brothers, and Driver in his performance misjudge how far the crowd might follow a bastard like Henry McHenry.

Of course, famous pricks have fans, they even win elections, but Henry’s too bitter a pill to swallow. Driver puts every muscle of his onscreen magnetism to the task, singing in his plaintive tenor, and the songs sound sweepingly romantic as the character still comes off cold. Cotillard sings with delicate warmth — her opera solos dubbed by French mezzo-soprano Catherine Trottmann — but Ann’s songs carry less weight, as she rarely expresses or takes much action.

Neither Ann nor her lovesick accompanist, played by Simon Helberg (so good as the accompanist in Florence Foster Jenkins), have a significant hand in advancing the cruel turns of the plot. It’s Henry’s show — and Annette’s. She gets some of the best lines, anyway, and a cool third-act song, performed by young Devyn McDowell with Driver.

Always center stage, Henry’s a dastardly lead for a musical, even one that’s more in the vein of Lars von Trier’s brutal melodrama Dancer in the Dark than the colorful ’60s shindigs of French auteur Jacques Demy. Carax appears to have drawn some inspiration from Demy’s style of repeating musical phrases, but in this cynical chronicle of a superstar couple’s romance and commitment, chose to leave out the dancing, the humor, and joie de vivre. 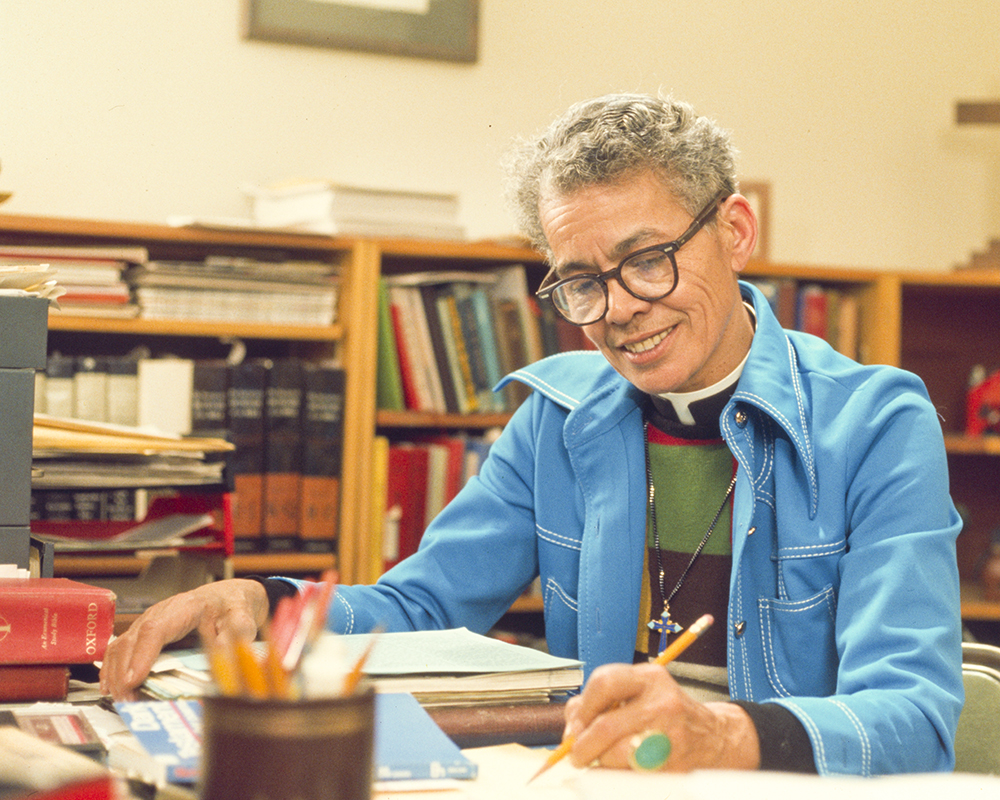 Passionate activist, pioneering Black non-binary human, and brilliant legal strategist Dr. Anna Pauline Murray didn't achieve the renown of some of the civil rights giants influenced by her work and mission. But forward-thinking figures, from Thurgood Marshall to Eleanor Roosevelt and Ruth Bader Ginsburg, trusted and relied on Murray's keen mind and sound arguments. Largely unsung to the masses, Murray, who died in 1985 at the age of 74, was revered in legal and scholarly circles, and lived an extraordinary life that's brought clearly into focus in Julie Cohen and Betsy West's vivid documentary portrait My Name Is Pauli Murray (★★★★☆). 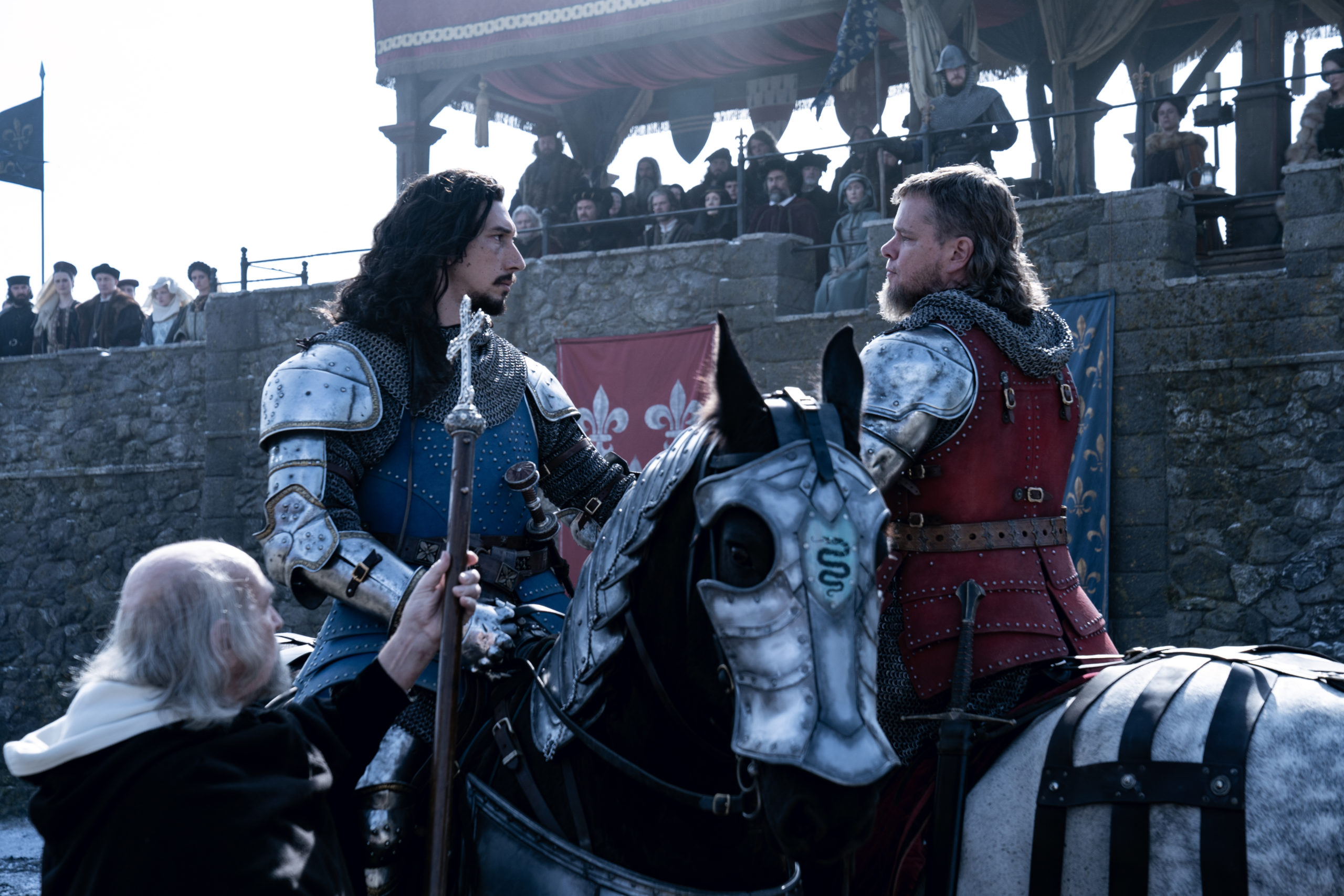 Matt Damon works a minor miracle in director Ridley Scott’s gripping medieval epic The Last Duel (★★★★☆), turning a pissy, perpetually aggrieved man of privilege into a largely sympathetic protagonist. His 14th-century Norman knight Jean de Carrouges nurses a mile-long, ever-accumulating list of grievances -- over land, property, and position -- that he stays ready to argue, fight, or sue over at the bat of an eye.

A celebrated squire-turned-knight to France’s King Charles VI (Alex Lawther), de Carrouges may be respected for his valor in battle and fruitful military campaigns on behalf of the crown, but, rude and litigious even with friends, the guy is simply no fun. 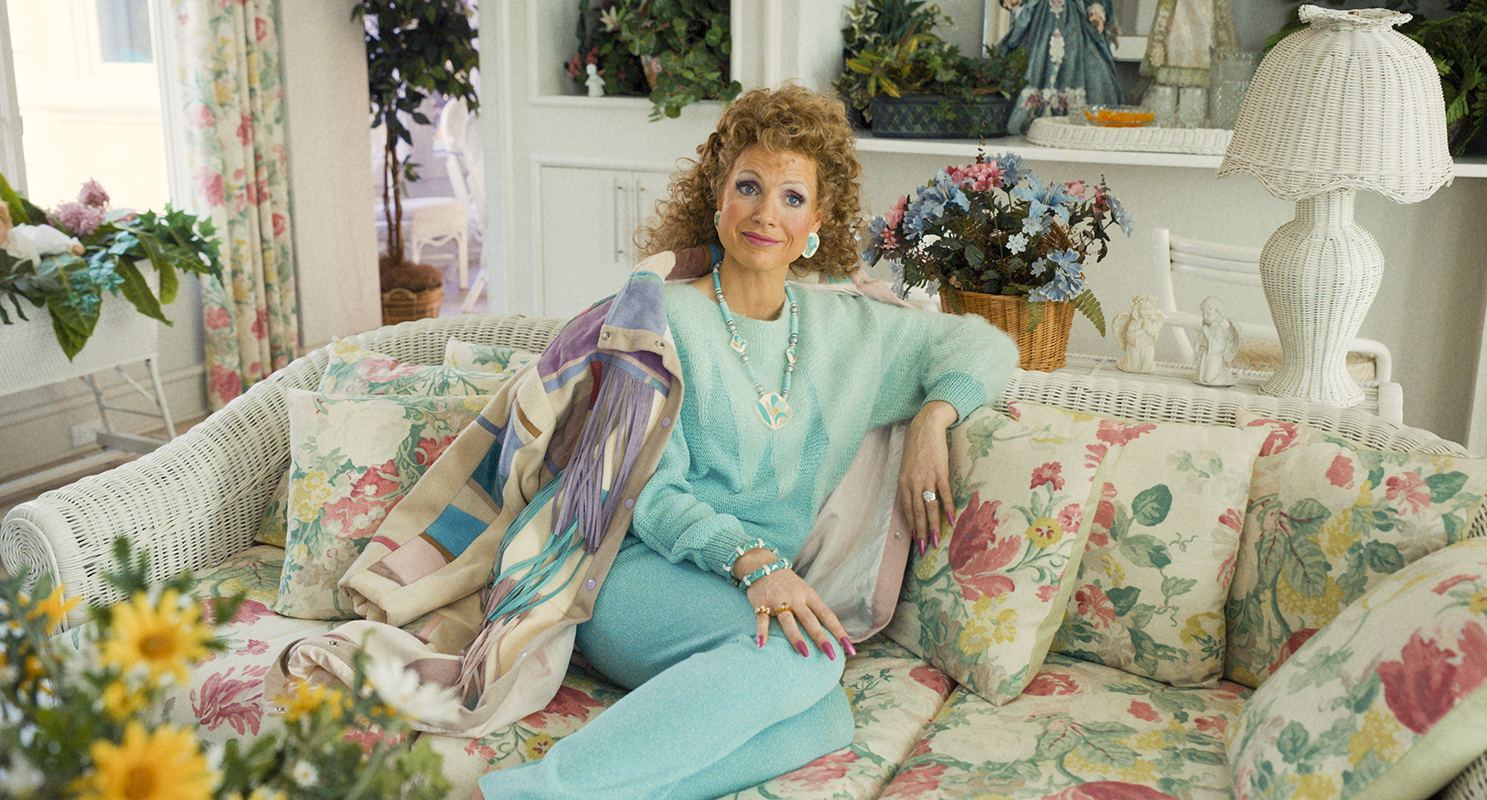