He cited the writings of English politician Clement Walker, who noted in 1649 the existence of “new-erected sodoms and spintries at the Mulberry Garden at S. James’s.”

“Sodoms” referred to brothels, with “spintries” referring to gay sex workers, according to PinkNews.

The location of those brothels and sex workers, Mulberry Garden, is now occupied by the northwest corner of Buckingham Palace, the official London residence and administrative headquarters of United Kingdom monarch.

In addition, Rictor noted that gay sex in the English capital was usually about “pleasure rather than profit,” and that contemporary commentators lacked the language to appropriately describe gay people and gay sex workers.

As such, they altered the language used for heterosexual sex workers to describe the city’s burgeoning gay population.

“The commentators upon morality probably could not deal with the concept of homosexuality except by labeling its practitioners with terms borrowed from the underworld of heterosexual prostitution,” Rictor wrote.

Commentators would “misleadingly use terms such as ‘He-Strumpets’ and ‘He-Whores’ even for quite ordinary gay men who would never think of soliciting payment for their pleasures.”

Some were also open about their homosexuality, including poet and Earl of Rochester John Wilmot, who wrote about his liaisons with other men.

“There’s a sweet, soft page of mine. Does the trick worth forty wenches,” he wrote.

In another poem, Wilmot wrote, “Nor shall our love-fits. Chloris, be forgot. When each the well-looked linkboy strove t’enjoy. And the best kiss was the deciding lot. Whether the boy fucked you, or I the boy.” 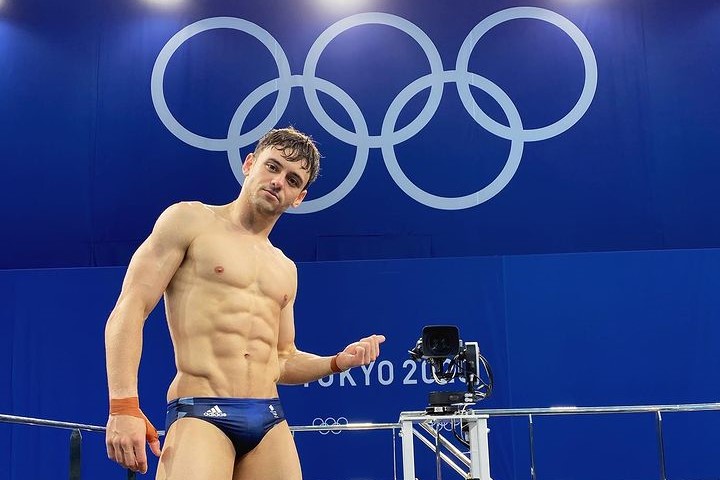 Gay diver Tom Daley wants to ban countries from competing in the Olympics if they have the death penalty for gay people.

The British athlete, who won gold in the men's 10-meter synchronized platform at the 2020 Tokyo Olympics, said it would be his "mission" to implement such a ban.

“I think it’s really important to try and create change, rather than just highlighting or shining a light on those things,” Dailey said last week at the 2021 Attitude Awards, where he was honored with accepting the Sport Award, NBC News reports.

"I want to make it my mission over the next -- well, hopefully before the Paris Olympics in 2024 -- to make it so that the countries punishable by death for LGBT people are not allowed to compete at the Olympic Games," Daley said.

Conversion therapy, despite having been widely discredited, is still legal in 30 states. The LGBTQ rights organization Born Perfect has released a short film, told through puppets, to satirize the ineffective and harmful practice.

“Your mother tells me you’ve been struggling with same-sex attractions, Bobby,” the therapist says, to which Bobby replies, “I wouldn’t say ‘struggling.’”

Although the therapist tells Bobby’s mother (D’Arcy Carden) that he isn’t practicing conversion therapy (“No, no, no, we can’t call it that anymore!”), what follows is clearly the increasingly banned practice.