“I have resigned as Head Coach of the Las Vegas Raiders,” Gruden said in a statement issued through the Raiders. “I love the Raiders and do not want to be a distraction. Thank you to all the players, coaches, staff, and fans of Raider Nation. I’m sorry, I never meant to hurt anyone.”

Gruden resigned after the New York Times reported that the NFL was investigating him for having “casually and frequently unleashed misogynistic and homophobic language” over a period of several years.

In emails sent between 2011 and 2018, Gruden repeatedly used homophobic slurs to refer to NFL commissioner Roger Goodell, including calling him a “faggot” and a “clueless anti football pussy.”

That referred to the Rams’ decision to draft Michael Sam, the first openly gay player to be drafted by an NFL team. Sam was later cut from the team during the final preseason roster cutdowns.

In addition, the NFL is investigating racist terms used by Goodell to describe NFL official DeMaurice Smith, who is Black, including criticisms of Smith’s intelligence and the use of a racist trope to describe his features.

Gruden is also alleged to have shared photos of half-naked women with former Washington Football Team president Bruce Allen and other men, including two Washington cheerleaders.

Per the Times: “Taken together, the emails provide an unvarnished look into the clubby culture of one N.F.L. circle of peers, where white male decision makers felt comfortable sharing pornographic images, deriding the league policies, and jocularly sharing homophobic language.”

The anti-LGBTQ nature of Gruden’s emails stands at odds with the NFL’s attempts to appeal to LGBTQ people, especially after the Raiders’ Carl Nassib came out in June.

Nassib, 28, made history by becoming the first openly gay active player in the NFL, after posting a coming out video on Instagram.

The NFL responded by posting a video to its official Twitter account calling football “gay,” “lesbian,” “queer,” “transgender,” “bisexual,” and “for everyone.”

Gruden’s emails also stand at odds with his own public support of Nassib after he came out.

“I learned a long time ago what makes a man different is what makes him great,” Gruden said at the time.

“Even as the first out gay player is competing on the Raiders and receiving widespread support from fans and teammates, accountability is necessary to ensure that all athletes can compete without discrimination and harassment,” GLAAD wrote.

“Gruden’s anti-LGBTQ and misogynistic emails, which went unchecked for years, are a disturbing reminder of the work that still needs to be done to improve inclusion and acceptance in sports at all levels.”

Michael Henderson claims school and district officials never gave him the chance to respond to criticisms of his job performance. 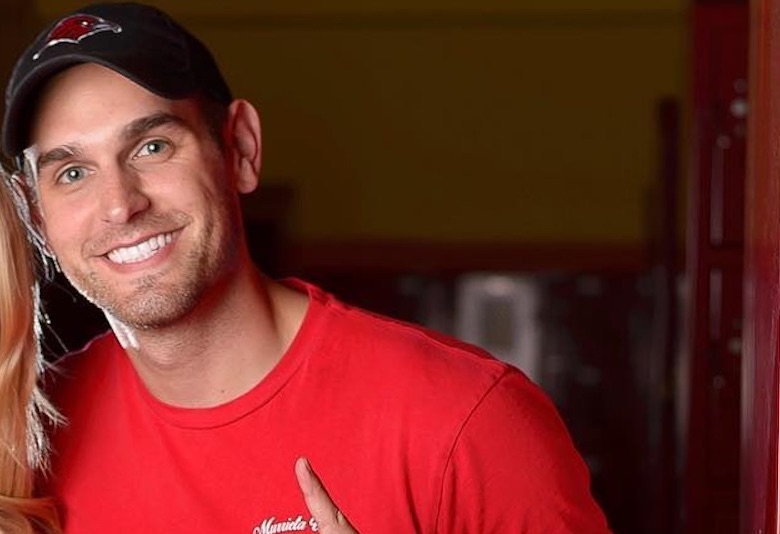 A cheer and stunt team coach who was fired from his position earlier this year has sued the Murrieta Valley Unified School District, alleging he was unlawfully terminated because he's a gay man.

Michael Henderson served as the cheer and stunt coach at Murrieta Valley High School, in Murrieta, California, for more than three years from early 2017 to June 2020. Under his leadership, the cheer and stunt program finished sixth at the 2020 National High School Cheerleading Championship and fourth place in 2021.

However, Henderson was fired in June after school officials received an anonymous letter from a parent claiming that the popular cheer coach was "incompetent in his position, had a poor work ethic/attitude, was abusive to children, was homosexual."

Conversion therapy, despite having been widely discredited, is still legal in 30 states. The LGBTQ rights organization Born Perfect has released a short film, told through puppets, to satirize the ineffective and harmful practice.

“Your mother tells me you’ve been struggling with same-sex attractions, Bobby,” the therapist says, to which Bobby replies, “I wouldn’t say ‘struggling.’”

Although the therapist tells Bobby’s mother (D’Arcy Carden) that he isn’t practicing conversion therapy (“No, no, no, we can’t call it that anymore!”), what follows is clearly the increasingly banned practice.