No weddings and a funeral, August Wilson’s Seven Guitars (★★★☆☆) sets its characters up for joyous triumphs and windfalls that appear destined from the get-go never to see the light of day. To that end, Tazewell Thompson’s solid production at Arena strikes a properly wistful tone for Wilson’s blues-tinged drama, the seventh in the playwright’s landmark Pittsburgh Cycle.

Despite struggles and often cruel circumstances, hope endures for the strivers and romantics who reside in this patch of the city’s Hill District, well-situated on Donald Eastman’s spare, evocative courtyard set. The biggest dreamer, and talker, here is blues musician Floyd Barton, played by Roderick Lawrence with the brass and swagger of a peacock prancing among pigeons.

Harry Nadal’s requisitely flashy costumes go a long way towards selling that side of Floyd. It’s on Lawrence and Thompson, though, to reveal the subtler facets of Floyd’s character that might lead this player to woo safe and stable Vera (Joy Jones), and have her falling for him again, even though he’s burned her once before.

But Lawrence serves up a hustle so strong, it’s hard to see what Vera might see and love. Floyd seduces her into believing they’ll get married and move to Chicago, where a fantastic recording opportunity awaits him, yet the seduction feels perfunctory. Jones gives us a Vera who’s demure and trusting, not stupid. And Roz White, wringing humor, sass, and sense out of every line as Vera’s landlady and counsel Louise, definitely gives us a woman who can see through a man’s bluster.

Still, Vera falls, raising her hopes over the course of a first act that shuffles Wilson’s pieces into place — though lacking much thrust, until voluptuous Ruby strolls into view.

Dane Figueroa Edidi, also beautifully abetted by Nadal’s becoming wardrobe, brings heart and spirit to the role of returning tenant Ruby, who, as she should, breezes in and immediately changes the temperature around Floyd and his bandmates Red (Eden Marryshow) and Canewell (Michael Anthony Williams).

Ruby also catches the eye of neighbor Hedley (David Emerson Toney), who lives in the building across the yard from Louise’s. Feeble of mind and ailing physically, Hedley is prone to delusions, sometimes rambling incoherently. Toney portrays him as a compendium of tics and mannerisms, adding a vague accent that amplifies Hedley’s strangeness among the environs of 1940’s Pittsburgh.

Ruby is meant to warm up to him enough to consider starting a nest with him — but Toney’s characterization seems impervious to Ruby’s or anyone’s charms. Whatever Hedley’s moments of clarity might be, they don’t register so clearly.

So, like Vera and Floyd, Ruby and Hedley reads as more means to the play’s end, another step building towards a climactic criminal act that’s telegraphed well in advance. The play’s begin-at-the-end structure lends a preordained feel to the action, but some of the characters also seem to know where everything’s headed.

On the other hand, Williams delivers a sneakily good performance as Canewell, utterly in the moment throughout as the drama unfolds around him. Through him, we witness a vivid slice of Wilson’s 1948 Pittsburgh, where Black men are constantly policed, charged for things like worthlessness and laziness, while trying to go about their daily lives, wooing women, feathering nests, and just keeping their heads up while singing the blues. 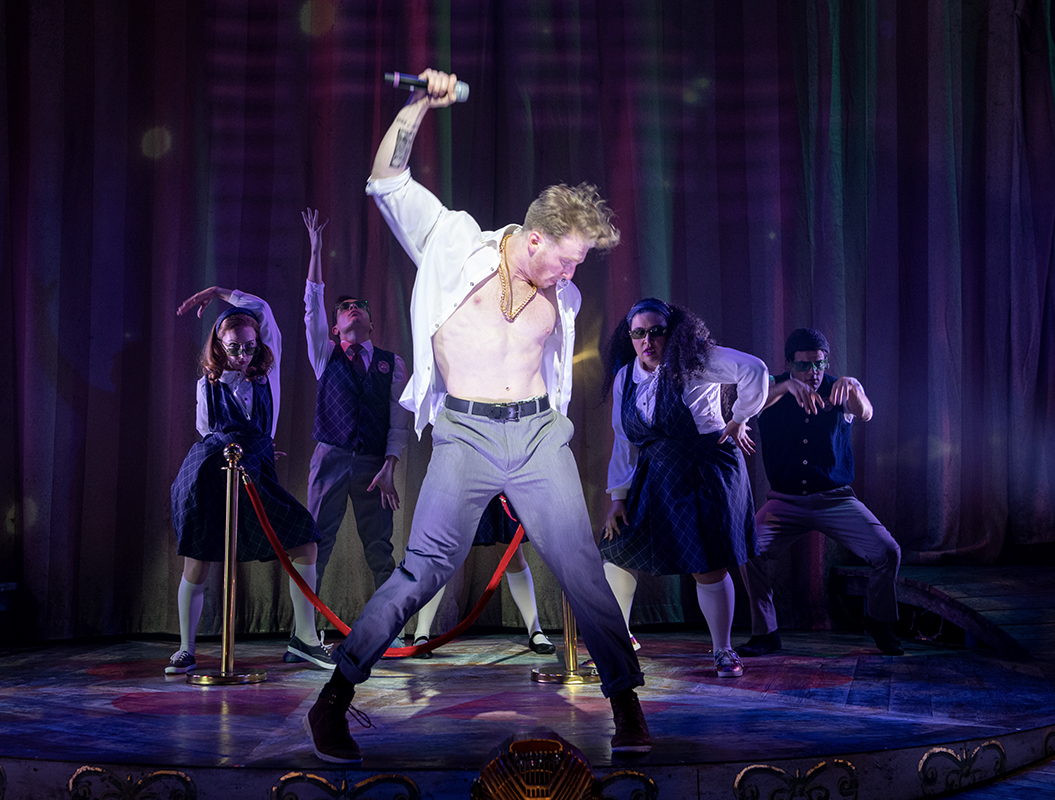 Five dead teens stand before us, each given this last chance to impress the judges and save themselves from permanent elimination. They all must sing and dance for their lives, but only one will be crowned the winner, and awarded the ultimate prize: a miraculous return from the afterlife.

Jacob Richmond and Brooke Maxwell's supernatural musical Ride the Cyclone (★★★★☆), pitting its cast of choir kids against each other in a post-mortem performance pageant, breezily follows the format of a Drag Race or American Idol-style reality TV competition. But it most calls to mind its theatrical godparent Cats, the ultimate pageant of unsatisfied souls singing for their afterlife.