From hundreds of covers, we've curated a dozen Auld Lang Synes for every possible vibe

Auld Lang Syne has had quite a glow up since being jotted down by Robert Burns in 1788. Whoever had the idea to set it to music would be shocked to hear that it would become so synonymous with New Year’s Eve that now you might know it only as “that song they play at midnight.” Its enduring popularity and incredible shelf life have led it to be covered countless times, often in incredibly idiosyncratic ways. So however you count down to the new year this year, there’s probably an Auld Lang Syne to suit the vibe.

Guy Lombardo: The Classic — Even if you’ve never heard the name Guy Lombardo, you’ve definitely heard his rendition of Auld Lang Syne that’s played (almost) every New Year’s Eve at Times Square. If you’d prefer to recreate that experience inside your own home rather than pack into a crowded public space, this is about as close as you can get without rigging up your own ball drop.

Leslie Odom Jr.: The Steamy Night In — In a year that calls for more scaled back plans, there’s something to be said for embracing the mandatory intimacy. Leslie Odom Jr.’s surprisingly seductive version of Auld Lang Syne, delivered with his Tony award-winning voice, pairs perfectly with a New Year’s Eve at home for two, or three.

Sufjan Stevens: The Analog — Stevens’ cult holiday albums tend to inspire strong feelings for the sometimes strange direction he takes classic songs in, but his version of Auld Lang Syne is one of his tamer holiday offerings, stripped back in a way that recalls EPs like Seven Swans. Break out the banjo and sing along.

Barenaked Ladies: The Crowd-pleaser — Much like the Barenaked Ladies themselves, their Auld Lang Syne from Barenaked for the Holidays is good natured and virtually impossible to dislike. If New Year’s Eve finds you in mixed company with control of the speaker, this inoffensive crowd pleaser from the celebrated Canadian alt-rockers might be your best option.

The Beach Boys: The Beachy — This all-vocal cut that closes out the Beach Boys’ Christmas album is an intimate little affair. With none of the innovative instrumentals that distinguishes their best work, it sounds quintessentially Beach Boys. The voiceover in the middle thanking you for listening to the album makes it a little awkward as a standalone, but makes it an interesting relic of its time.

Dave Koz: The Transcendent — Given the year that’s been, nobody would blame you for wanting an out-of-body New Year’s Eve, and Dave Koz’s otherworldly smooth jazz sax stylings are the perfect accompaniment. As Koz’s trippy sax floats in over the fireworks, you’ll catch yourself wondering, has it turned over to 1997 instead of 2022? Or has time itself dissolved and years ceased to mean anything anymore? Are you finally free? Thanks, Dave Koz.

Mariah Carey: The Diva — If you’re the type to start blasting “All I Want For Christmas Is You,” the Mariah comedown after Christmas can be a rough one, and playing it after the 25th just isn’t the same. Luckily, the pop queen of Christmas also has you covered right up to midnight on the 31st with this extremely Mariah cover of Auld Lang Syne.

Pink Martini: The Polyglot — If you can’t fit a micro-orchestra of your own into your home, Pink Martini has you covered. The version of Auld Lang Syne that closes out their 2010 Joy to the World holiday album is an international treasure, featuring the talented China Forbes singing in English, Arabic, and French.

The Irish Rovers: The Old World Charm — Yes, this one is Irish, not Scottish, but if you find yourself having a cozy night in and ringing in the new year a few time zones ahead, what better track to pair with your contemplative solo New Year’s in front of a Youtube fireplace? Backed by wistful whistles and a mandolin, this Irish spin on the Scottish classic pairs perfectly with a comfy, antisocial New Year’s Eve.

Andrew Bird: The Twee — The cheery counterpart to Sufjan Stevens’ wistful melancholy, Andrew Bird’s version from his Holidays Rule album is plucky and upbeat and features some bluegrassy fiddling. It would be hard to hear this one and not have at least a little optimism for the year ahead.

B.B. King: The Bluesy — Maybe you’re after something classic for your New Year’s Eve but Guy Lombardo is a little sleepy for the vibe you’re after. It’s as good an excuse as any to put on B.B. King’s swinging, joyful blues-guitar rendition and ring in the new year in style.

Boney M.: The Disco — Who else but Boney M could have turned Auld Lang Syne into such a bop? If you’re not quite ready to let go of the festive season, this cut has everything you’d want from a cover of Auld Lang Syne — original, extended lyrics delivered with Boney M’s unmistakable vocal harmonies over an infectious disco rhythm.

From extravagant to elegant to home-style goodness, you can't go wrong on New Year's Eve with any of these restaurants. 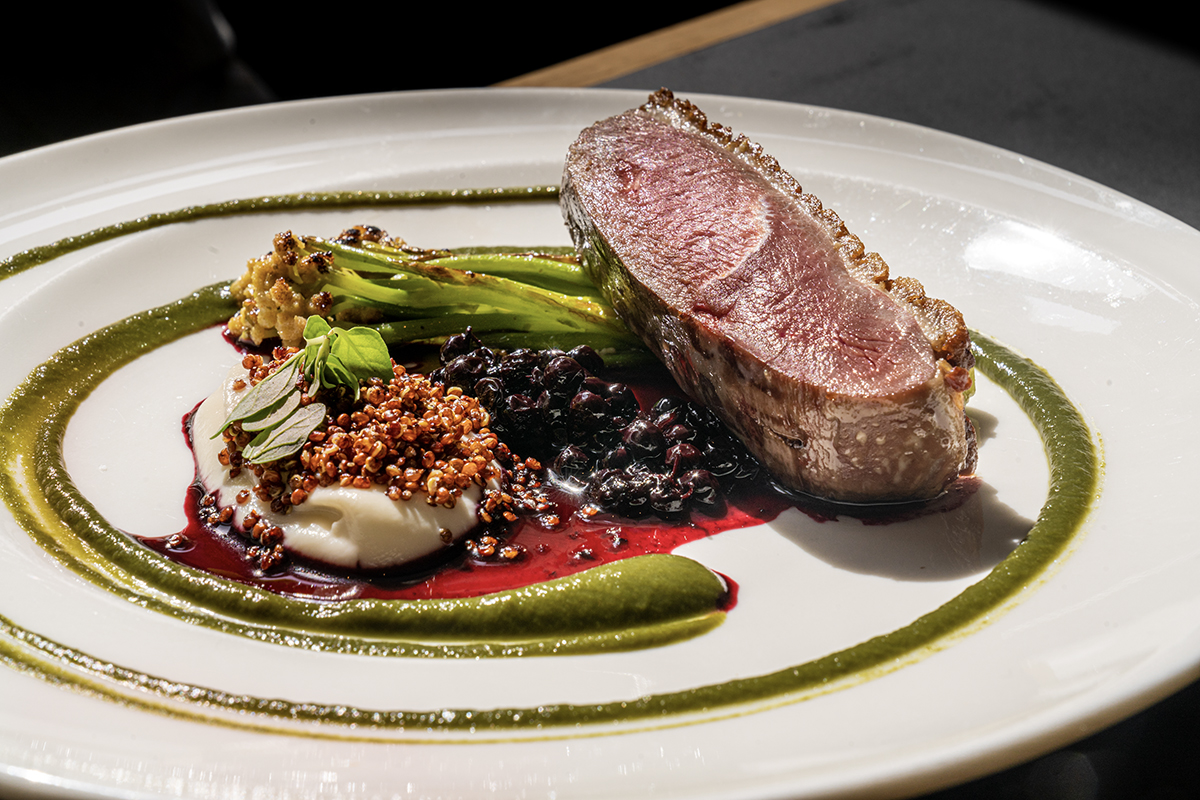 Few holidays come riddled with as many superstitions as New Year's, which dangles the prospect of better days ahead, as long as you put in the work -- and oh, yeah, do the right thing so that "luck" is on your side.

For luck's sake, do eat your greens over New Year's, according to many cultures around the world, as green vegetables are said to symbolize money and prosperity. Also celebrate the holiday by eating black-eyed peas, lentils, and 12 grapes at the stroke of midnight, just to cite three.

Or you could eat at one of these 10 D.C.-area restaurants, each promising a true celebratory feast to usher in 2023. They may not bring luck, but they're sure to bring you the kind of satisfaction as only a great meal can.